Roy Keane has called for Manchester United to go big in the hunt for a new boss – even if that means pinching one of the world’s best managers.

The United legend is a big fan of Atletico Madrid boss Diego Simeone, a manager he feels could be the perfect fit for Old Trafford and the former midfielder is adamant United need to splash the cash on their coach instead of on players to help bring the glory years back.

Simeone showed a glimpse of his managerial credentials by frustrating the Red Devils with a battling 1-1 draw at Old Trafford on Wednesday night and it’s no secret United have struggled horribly since Sir Alex Ferguson retired and ended a memorable era of success at the club,

Keane believes now is the time to act.

“You go and get the manager you want,” stressed Keane.

“You pay fortunes for players, so why not a manager?

“I don’t care whose under contract, if you think he’s the right manager for Manchester United, well you go and get him.

“You go and pay the money whoever it might be. They’ve got to go and get the right manager.”

“He’s having a difficult spell with Atletico. His race has maybe run with them. Simone, go and get him, he’s a big character.

“He’s done great things. He’s a great character, a big personality. He doesn’t mess around with players. Maybe someone like him coming into the club, could work.

“It can soon change. I don’t think it’s all doom and gloom, there’s still good things going on at United, but they’ve got to get the manager.

“If the manager is not right, then the rest will just fall apart." 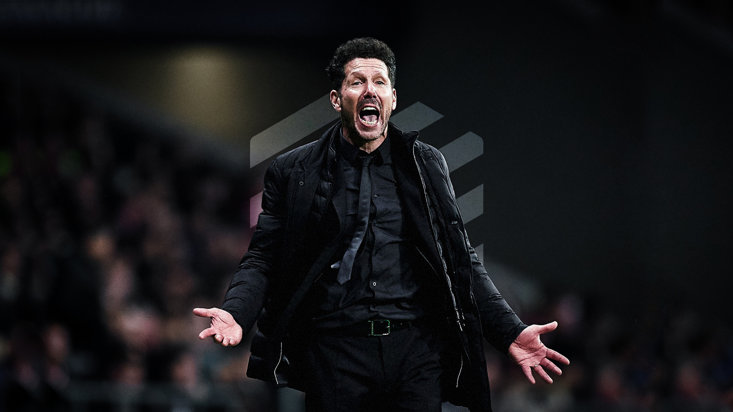 United have had three permanent managers since Ferguson retired at the end of the 2013 and, more recently Ralf Rangnick was appointed as interim boss with Ole Gunnar Solskjaer’s permanent successor likely to be unveiled in the summer.

But nearly a decade on United have never managed to build on Ferguson’s incredible legacy of 13 Premier League crowns.

“Going to back when they brought David Moyes in, his contract was up at Everton,” reflected Keane.

“[Then] they brought in [Louis] van Gaal, who was available, he didn’t cost anything.

“Then they got [Jose] Mourinho, he was also available and was pretty straightforward with his club.

“But it’s as if United won’t go and prize a top manager away from a club.

“The great managers are gamblers. Sir Alex Ferguson was one of them and so was Brian Clough.

“The great managers try and win football matches, they don’t settle for draws.”

“You can’t afford to put an inferior manager in against Pep [Guardiola] or [Jurgen] Klopp because they’ll get beat up.

“Even if you throw all the money in the world at them, it will still be a struggle. And the money they have spent is unbelievable.

“They have to get it right this time!”

This interview was done in conjunction with Sky Bet and Gary Neville’s new show ‘The Overlap’.