It’s the penultimate day of action at Royal Ascot with a pair of feature contests in the Coronation Stakes and the Commonwealth Cup as the highlights of a fascinating card.

The Albany Stakes, first run in 2002, is still a relatively new race at Royal Ascot and has been won by the likes of Samitar, Cursory Glance and most recently Dandalla. This year’s renewal is once again full of unexposed and potentially top class fillies that have often only had one run.

The favourite is set to be Flotus for Simon and Ed Crisford, who looked very impressive when winning a maiden at Goodwood by over four lengths. A likely rival for favouritism is Hello You for Ralph Beckett after she bolted up at Wolverhampton. The time of the race was above average and the daughter of Invincible Spirit could give Beckett his first victory in the Albany.

George Boughey is having a wonderful season, especially with two-year-olds and the young trainer relies on Oscula, Cachet and Hellomydarlin, with the former arguably his number one hope after a gutsy victory at Epsom in the Woodcote.

The selection though is EVE LODGE for Charlie Fellowes who won a novice last month at Lingfield on soft ground. Any rain would bring her into it and she could give Jamie Spencer a record extending fifth win in the race.

Unlike the Albany, the King Edward VII is one of the oldest races at the meeting, established in 1834, and it was originally known as the Ascot Derby.

Often horses that ran in the Derby will run in the race and this year, there is just one, Gear Up. Trained by Mark Johnston, the son of Teofilo won the Group 1 Criterium de Saint-Cloud last season and despite disappointing so far this season, he would every chance if the ground would become soft.

The market leader is set to be ALENQUER who beat the subsequent Derby winner Adayar at Sandown in the Classic Trial. The German-bred colt looked potentially top class on the day and was set to run in the Derby before a setback ruled him out of the race. The extra two furlongs will suit and Tom Marquand knows the horse well having ridden him in all three of his starts to date. 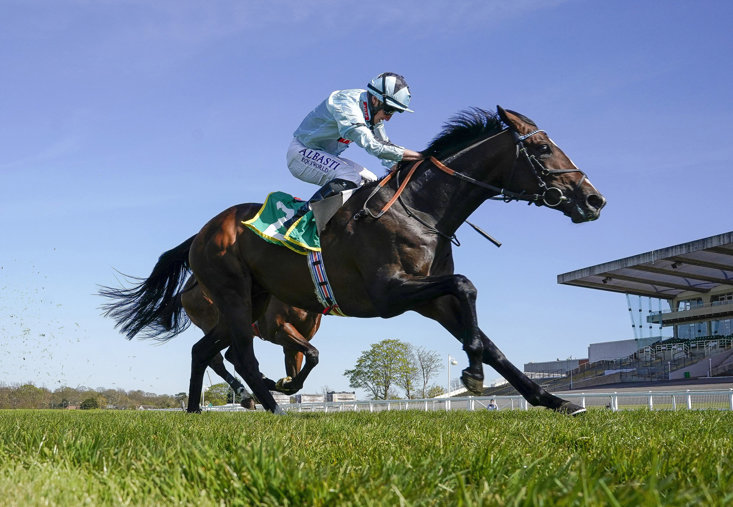 A couple of dangers include The Mediterranean for Ballydoyle, who finished second recently at Leopardstown and Gloucestershire, who won an AW maiden on his only start and is in the ‘could be anything’ category.

A fantastic renewal of the Commonwealth Cup will this year see horses from France, USA, England and Ireland all competing, with the favourite set to be Wesley Ward’s Campanelle.

Last year’s Queen Mary heroine beat Sacred, last season before winning the Prix Morny against the colts and then running behind Aunt Pearl in the Breeders’ Cup. The ground may be a question mark but she still may be improving.

The unbeaten French raider Suesa is an intriguing contender, who looked very good when bolting up at Chantilly recently in the Prix Texanita. She will act on the soft ground but the only question mark will be if she can travel, having raced only on the outskirts of Paris.

The selection will be SUPREMACY for Clive Cox who won the Group 1 Middle Park last season. He disappointed on seasonal debut at Ascot earlier this year but Cox has always been very bullish about the son of Mehmas and it would be no surprise if he were to win another Group 1.

Martyn Meade’s Method deserves a mention as he is all about speed, however, he will hope the rain stays away as he has disappointed when soft is in the going description.

Of the others at bigger prices, Miss Amulet is a fascinating runner, who is dropping back down in trip, having run in the Irish 1000 Guineas last time out.

Finally, The Lir Jet, who won the Norfolk at Royal Ascot last year could run well at a huge price.

What a treat we have in store for one of the Friday features with thirteen fantastic fillies lining up for the Coronation Stakes.

Your 1000 Guineas heroine, Mother Earth is back for more Group 1 glory and looks to confirm the form over third home Fev Rover and fifth best Alcohol Free. She looked booked to follow up in France before being caught late on but was a gallant second just two weeks later and is the pick of Ryan Moore over Irish 1000 heroine Empress Josephine.

Mother Earth could not hold a candle to PRETTY GORGEOUS as a youngster though and she is the pick to build on her promising return at The Curragh. She had a setback earlier in the year and wasn’t ready for the Newmarket Guineas so will come on for her seasonal return where she was stuck out wide and only weakened in the final half furlong. Despite winning soft ground Group races as a 2yo, the better ground should see her to better effect and a decent draw in stall five is beneficial. 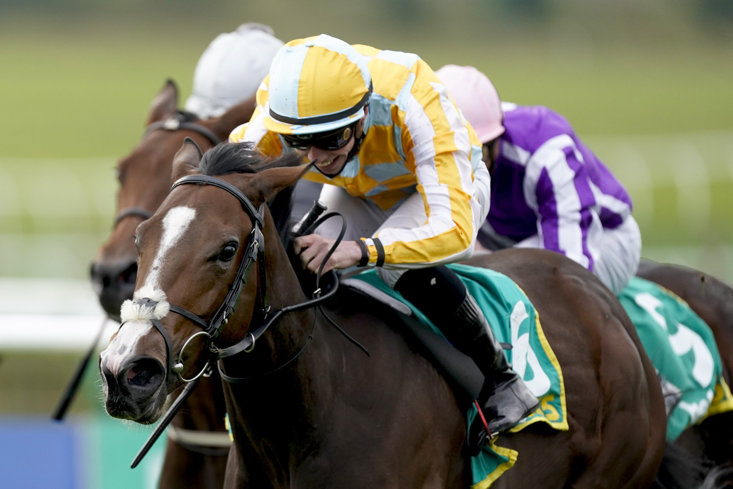 Primo Bacio was very impressive in the Listed Michael Seely at York with Snow Lantern back in third. She is improving fast but has a few lengths to find on Alcohol Free on their Fred Darling meeting.

Novemba is an intriguing German contender. She ran out a facile seven length winner of the German 1000 Guineas and could be value to hit the frame at a double figure price from stall one.

Thirty three-year-old fillies stretched across the mile start makes this another tricky punters puzzle so again I will have a couple of darts.

First up is PRADO for Charles Hills and Jamie Spencer. There are few better pilots on this straight course than Spencer and Prado is a lightly raced filly who had a promising return to action here at the end of April, finishing fourth to Creative Flair. That horse has gone onto Listed success and ran second to Coronation Stakes leading contender Premio Bacio at York. After a wining debut at Salisbury, she ran in the Prestige Stakes and the G2 May Hill at Doncaster so was highly tried. A mark of 93 on just her fifth start could underestimate and she is a decent price.

Second selection is SHE DO for Roger Varian. It’s been a quiet week for the master of Carlburg Stables but his Waliyak was unlucky in Wednesday’s finale and he saddled a double at Chelmsford that evening. She Do has never been out of the first two and her Doncaster success saw her claim the scalps of the 94 rated Speight and 99 rated Zoetic and here she is off 83 with Ray Dawson claiming another 3lb. She was weak in the market for her return but stayed on well to be a four length fourth to Glesga Gal at Wolves, but is now 10lb off and went like needing the run. Drawn down the centre give her jockey options to go either side and she looks massively underrated in the market.

A’Shaari makes handicap debut after beating well beaten in two listed contests for Godolphin under James Doyle, while William Buick rides Divine Light who has a similar profile for the same yard of Charlie Appleby.

Simon and Ed Crisford’s lightly raced Aaddeey is set to be favourite for the Duke Of Edinburgh Stakes, having never finished out of the top three in his career to date. The four-year-old looked better than ever when winning at Newmarket recently and could be the one they all have to beat.

Another with a similar profile is Quickthorn. Trained by Hughie Morrison, he won by eight lengths at Haydock last time out but has been raised 13lb by the handicapper.

Valyrian Steel is looking to complete a hat-trick of wins for Roger Varian after impressive victories at Kempton and Favourite Moon could be competitive for William Haggas after disappointing in Australia. The selection though is ZABEEL CHAMPION. 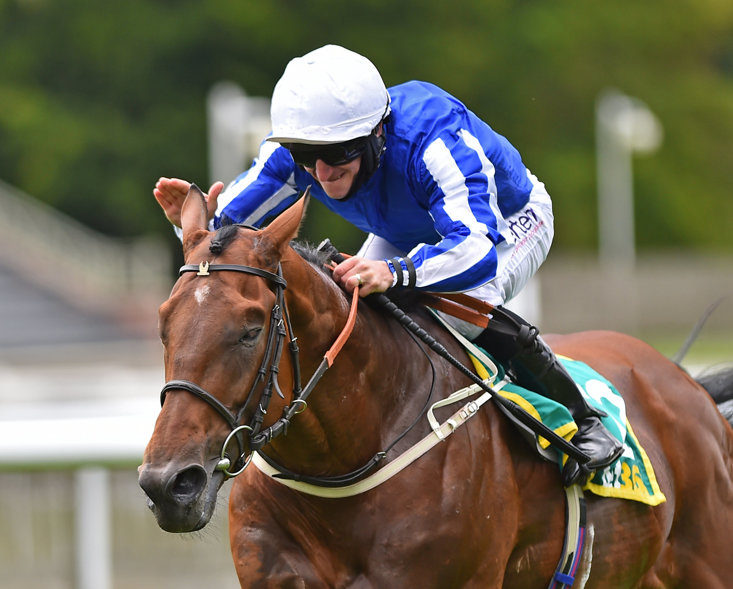 Mark Johnston has always thought the world of the four-year-old and with no issues in regard to the ground, there is every possibility that the son of Poets Voice can continue his winning run.

The final race on Friday is over the flying five furlongs and another big field to sift through.

WARRIOR BRAVE ran a cracker on Saturday behind the progressive Atalis Bay and is 7b ahead of the handicapper here for the shrewd Horse Watchers. He has the blinkers on for the first time and this looks like a long held plan by connections that can come to the fruition as I expect him to be in the thick of the finish.

Significantly chased home Commonwealth Cup bound Dragon Symbol at Hamilton while last time out winners Equality and Boomshalaa will also have designs on victory for their leading yards.

Mo Celita has rattled off a five timer, the first three coming in sellers and has rapidly risen the ranks 28lbs but has the services of Champion Jockey Oisin Murphy in the saddle while Rebel At Dawn was just touched off at Chester on Saturday and is in good heart. Caroline Dale has not been since finishing third at listed level last August but was third in last year's Queen Mary and a market move should be noted with the David Loughnane yard already on the bord this week.