Horse Racing
News
We try to point you in the direction of a few winners on the first day at the world famous Royal Ascot
Matt Hulmes
and
Gilbert Woolley
20:08, 14 Jun 2021

Five of the best days in the horse racing calendar take place this week at the world famous Royal Ascot. With thirty-five races featuring the best equine athletes and horseman the sport has to offer, sit back, relax and enjoy the action as we try to point you in the direction of a few winners.

Just like in 2012, Royal Ascot is set to begin with the highest rated horse in the world running in the opening race, the Group 1 Queen Anne Stakes. Nine years ago, it was Frankel who kicked off the meeting with an astonishing performance and this year it is Palace Pier who is odds-on to win the first of three Group 1’s on the opening day of the meeting.

Having only lost once in his career, the son of Kingman has won three times at the top level, most recently in the Lockinge Stakes at Newbury, and will be very hard to beat. However, his only loss to date did come over this track and trip last October in the QEII.

Aidan O’Brien, who has trained the winner of the race on four occasions, relies on Lope Y Fernandez and Order Of Australia (the mount of Ryan Moore), who took his form to a new level when running away with the Breeders’ Cup Mile last season.

With eleven runners going to post and a very short favourite at the top of the betting, it may be worth taking a chance on one at a bigger price and hope they can grab a place. TOP RANK has been incredibly consistent in his lightly raced career so far, winning six of his nine races and being placed in two of the other three, including when finishing third last time out behind Palace Pier at Newbury.

Two past winners are also set to line up in Accidental Agent and Lord Glitters but are now aged seven and eight, respectively.

Aidan O’Brien has won the Coventry Stakes a record nine times and this year relies on just one horse, The Acropolis. The son of Churchill looked impressive when winning his maiden recently and it may be a tip in itself that O’Brien is just saddling the one contender.

The favourite however is Wesley Ward’s Kaufymaker, who won a maiden on the dirt at Keeneland. The two-year-old filly will have John Velazquez on board once again and could give Ward his first ever victory in the race.

Elsewhere, the likes of Dhabab for John Gosden and Berkshire Shadow for Andrew Balding come into the race with one win apiece and are both in the ‘could be anything’ category.

Despite winning, Ebro River still looked very green in the National Stakes at Sandown and at a bigger price, Golden War for Charlie Hills ran well at Goodwood behind a horse called Masekela, who is expected to go close in the Chesham on Saturday.

However, the selection is GISBURN for Richard Hannon, who hacked up by over six lengths when winning a competitive maiden at Newbury. The flashy chestnut looks as though he has a bit of star quality and can give his trainer a first victory in the race which was won by Hannon Snr with Canford Cliffs in 2009.

The King’s Stand Stakes revolves around one horse, BATTAASH. The superstar sprinter took this race in fine style last season and has matured as time has gone by. 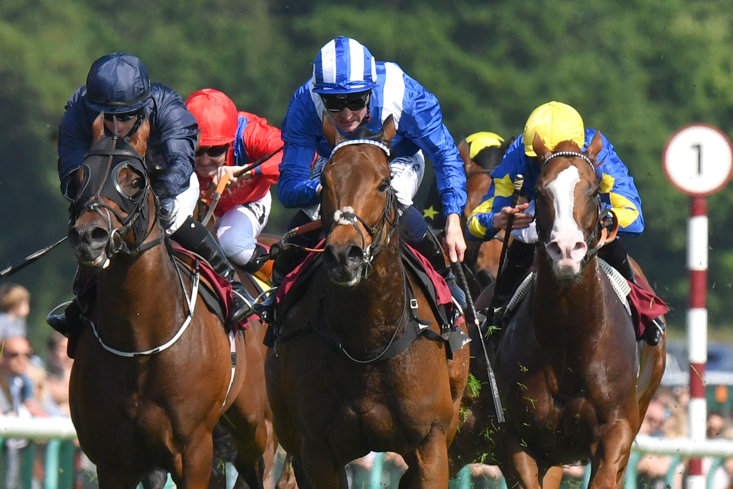 He has won six of his last eight races and although suffering an injury earlier this year, Charlie Hills is confident he can still reach the levels of old. The field looks weaker than normal and despite his age, he is still the one to beat.

The main danger could be Oxted who looked like a smart sprinter when winning the July Cup last season. However, the son of Mayson has not won a race since and Roger Teal has decided to drop the five-year-old to five furlongs, which could be the making of him.

Winter Power looked superb when winning at York last time out, form that was franked by the runner-up at Sandown on Saturday, and a similar run could make her competitive but it looks hard to oppose the champion and if BATTAASH is as good as he was, he wins.

The St James's Palace Stakes is often contested by the very best three-year-olds of their generation and this year we have a stellar line up with Poetic Flare set to be the favourite. The 2000 Guineas winner has been incredibly busy since running at Newmarket, after racing in the Poule d'Essai des Poulains before most recently running second in the Irish 2000 Guineas. His trainer Jim Bolger is confident that the three-year-old has the constitution to take in four Group 1 contests in 45 days.

John Gosden has won two of the last three renewals and relies on the unbeaten Mostahdaf, who looked potentially top class when winning the Heron Stakes last time out. Behind him that day were Charlie Appleby’s Highland Avenue and Ralph Beckett’s Bullace, who were only beaten by a length which brings the pair into the reckoning.

Lucky Vega will be running in his final race of his career after a deal was agreed for him to become a stallion in Australia and he aims to provide Jessica Harrington with a first win in the race. Last year’s Phoenix Stakes winner finished a never nearer third in the 2000 Guineas before a fourth placed finish in the Irish equivalent.

Aidan O’Brien has two runners, Battleground and Wembley, with the former looking like his number one hope. The son of Found ended up going off favourite in the first classic of the season after some late support and with the ground set to be very quick, we may see him at his best.

However, the forgotten horse in the field may still be the best bet of the day. Joseph O’Brien’s THUNDER MOON caught everybody’s eye when winning the Vincent O'Brien National Stakes in tremendous style last season. 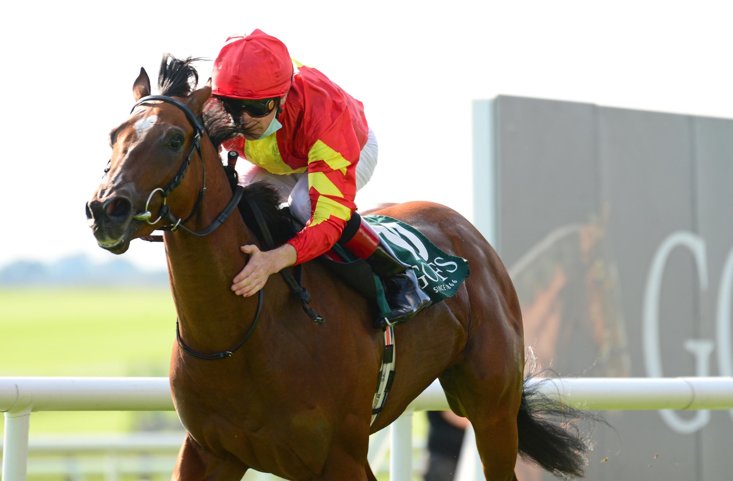 The son of Zoffany was expected to be very competitive in the 2000 Guineas but finished last, which was surely too bad to be true. The return to quick ground is a huge plus and at the prices, he could be one of the best bets of the entire week.

Despite being over two and a half miles, the Ascot Stakes is only the second longest race of the week and few have ran in both this and the meetings final contest, the Queen Alexandra in recent seasons with Simenon winning both in 2012.

Unsurprisingly with a race over this far it has been the jumps boys who have dominated with Willie Mullins wining four of the last nine plus Alan King and Nicky Henderson on the recent roll of honour. Mullins saddles three again with Tom Marquand on board Royal Illusion, Derby winning jockey Adam Kirby on Rayapour and Ryan Moore, who rode three of those Mullins winners, on the likely favourite M C Muldoon, who has been running well over hurdles recently since switching from Peter Chapple-Hyam’s yard.

Cape Gentleman, who interestingly is the mount of Rachel Blackmore, won the Irish Cesarewitch on his latest flat start and had a successful hurdling campaign, but is 15lb here for his return to the level. Just Hubert won over this trip at Glorious Goodwood last year while lightly raced four-year-olds Lostwithiel, Postileo and Trumpet Man all have chances if seeing out the trip.

One horse we know does stay the trip well is last year’s winner COUER DE LION who was also fifth in 2019 and must be backed each way at double figure prices. He is only 3lb higher although jockey Thore Hammer Hansen claims 2lb less than twelve months ago and showed he was in good form when running a fine fourth in the Chester Cup six weeks ago.

The Wolfreton Stakes is always an ultra-competitive listed contest but John Gosden is usually the man to turn to having trained the winner four times in the last decade. Here he relies on the penalised Forest of Dean which will see Frankie Dettori once again in the blue silks of Godolphin. The 5yo had decent form on the all-weather in the winter where he met FELIX on three occasions no less, suffering defeat twice before gaining revenge in the G3 win in the Winter Derby for which he has a 5lb penalty.

I would expect the ultra-consistent FELIX to come out on top here and on his incredible third place finish in the Dubai Turf, is the one to be on. Oisin Murphy is in the plate again and on that effort behind Lord North and Japanese star Vin De Garde in the Group 1 on World Cup Night, he rates the form pick.

Euchen Glen is another runner to carry a penalty for his recent win in the G3 Brigadier Gerard Stakes at Sandown. The eight-year-old has been an incredible servant to connections in the last couple of seasons and is entitled to his place in the line-up. Patrick Sarsfield will be popular for Joseph O’Brien on his second in the Prix Dollar on Arc weekend last year and will no doubt improve for his recent comeback effort when runner-up at the Curragh.

Blue Cup, who won at Epsom on Derby Day under Murphy, now has William Buick back on board, while Solid Stone and Stormy Antarctic are all last time out winners who merit consideration although the last named is held by Solid Stone on recent Windsor form.

Another wide open staying handicap where Willie Mullin saddles the favourite, this time in the shape of dual Grade 1 winning hurdler Saldier. He warmed up for this task with a very easy win at Listowel last week and despite looking well handicapped and having Ryan Moore in the plate, quick ground would be a concern and he can be taken on at around 5/2.

Global Storm beat Lostwithiel at Newmarket over this trip in May and we get a form clue from the runner-up an hour earlier in the Ascot Stakes. Global Storm does look like a progressive stayer though and a 4lb rise should still see him competitive.

On To Victory was just denied at listed level at Goodwood last time and is very consistent but has an awful draw in 19, even though it’s a long trip, it is a short run to the first bend and he is likely to be trapped wide unless dropped in.

There are lots of solid staying handicappers at bigger prices and I would not be surprised to see Hyanna outrun her odds but I am siding with THRONE HALL for last year’s winning pilot Andrea Atzeni. 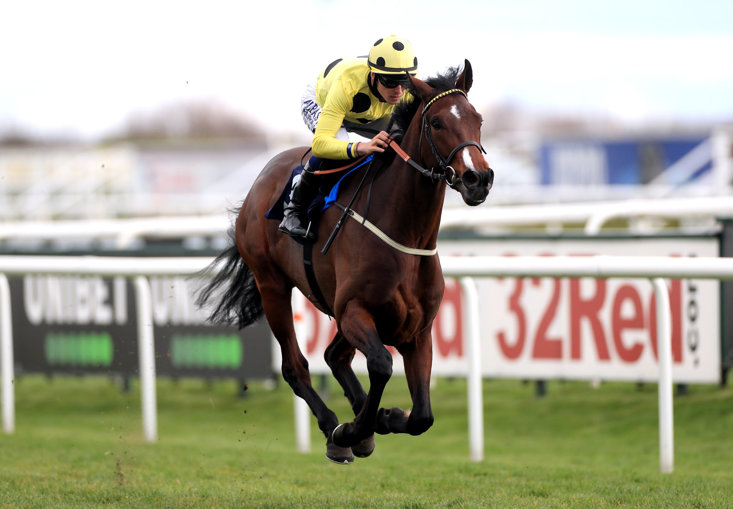 He looked to be crying out for a step up in trip when third at York last time and a slow pace did not suit in a small field at Thirsk when runner-up the time before. He was impressive on seasonal return at Doncaster beating a lot of lightly raced progressive handicappers and did it in style. He looks the type to make up into an Ebor horse and think he will go close to taking the finale on day one at Royal Ascot.