After another incredible day of racing, we can expect more of the same tomorrow when all eyes will be on Stradivarius’ bid for a record-equalling fourth Gold Cup. Here’s a breakdown of the best tips on day three of Royal Ascot.

The Norfolk Stakes kicks off Thursday’s card and again Amo Racing are well represented in a juvenile contest.

Crispy Cat was second for them in the National Stakes at Sandown but better claims are held by WALBANK. We have already seen impressive York form to the fore this week courtesy of Bradsell in the Coventry, and David Loughnane’s youngster won by seven lengths at the Knavesmire on his second start. His course and distance second here looks solid form with the fourth placing in the Coventry Stakes and he will almost certainly take another big step forward.

Pillow Talk is interesting on her York success and as the only filly in the line up with connections keeping her away from their own Dramatised in yesterday’s Queen Mary.

It has been a low key start to the week for Aidan O’Brien and Coolmore, but they look to have a very well handicapped horse in NEWFOUNDLAND who looks the one in a wide-open King George V Stakes.

He got off the mark at the fourth attempt and is a full brother to superstar Snowfall, who went from strength to strength in her 3yo career. The penny is starting to drop with him and a mark of 90 could be many pounds below the ceiling of his ability.

Secret State’s last two wins have been franked by the runners-up but they were all at maiden or novice level. Israr won the always-hot London Gold Cup ahead of Surrey Mist and neither of those are discounted.

The Ribblesdale Stakes only has six runners and William Haggas’ Sea Silk Road is likely to head the market after her win in the Height of Fashion Stakes at Goodwood. The extra two furlongs look likely to suit her, and the same can be said of MAGICAL LAGOON for Jessica Harrington.

She was touched off by the Oaks’ fourth Concert Hall at Navan in April and is a half sister to King George & QEII winner Novellist, which gives us confidence in her potential to handle the quicker surface. She is stoutly bred and this trip should bring about more improvement.

Aidan O’Brien has won three of the last eight runnings and saddles History, while Life Of Dreams saw the rear end of Emily Upjohn in the Musidora and is another who should be suited by the extra distance. 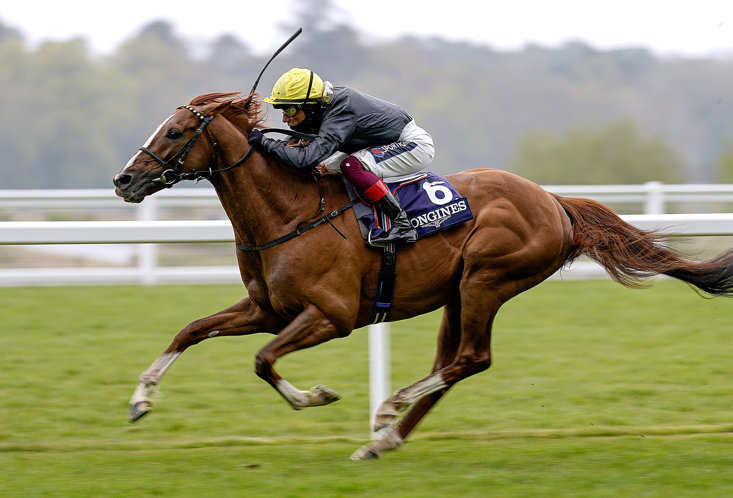 All eyes in the Gold Cup will be on Stradivarius who has everything in his favour to equal the great Yeats and make it four Gold Cups in his career. He is chasing a fifth Royal Ascot success having won the Queen's Vase as a 3yo and, already a great horse, he will be immortalised if successful.

However, Aidan O’Brien will want to protect the legacy of Yeats and despite KYPRIOS yet to run at this extreme trip, his full brother Falcon Eight did win a Chester Cup and the pedigree is laden with class. His sister Search For A Song is a dual Irish St Leger winner and half sibling Free Eagle won a Prince of Wales Stakes. There are positives to think he will stay the trip, he has plenty of class and is having just his seventh start so should still be some improvement lurking.

Princess Zoe has been a fantastic servant to connections and having won the Sagaro Stakes here in April on decent ground, is also a major player.

Trueshan is a doubtful runner on ground much quicker than he likes.

Thirty 3yos down the straight mile in the Britannia Stakes. How hard can it be to pick a winner?

Two unbeaten runners will be prominent in the market. They are impressive Newmarket winner King Of Time and Haydock’s Silver Bowl scorer, the well named Whoputfiftyinyou. The latter beat Mighty Ulysses at Haydock, and that one went close in Tuesday's St James Palace Stakes, franking the form, although he was getting 8lb on Merseyside.

The Queen has a runner in the Frankie Dettori ridden Saga who will be popular and rightly so on his second to the luckless Maljoom at Kempton April, but his poor run at Ascot needs to be forgiven.

It is often stated that Jamie Spencer rides the straight course at Ascot like no one else, and I hope that is true as he rides BOLTHOLE who has landed a great stall on the stands side in 31. He finished just behind subsequent York winner Al Qareem at Sandown on his return and won cosily at Newmarket five weeks ago. A 6lb rise looks fair and he is one I want to side with in the big field handicap.

I will have another dart too, and that goes to KOY KOY, whose second to Outgate at Chester was franked when that one bolted up back on the Roodee on Saturday. He is up 3lb but Outgate has gone up 10lb for his wins and it gives him a similar chance to Whoputfiftyinyou and yet is three times the price.

If we haven’t had a royal winner by the time the Hampton Court Stakes comes around, we should be celebrating this most special of years with a victory for the Queen courtesy of REACH FOR THE MOON.

His close second to My Prospero in the Heron Stakes looks all the better now after his close third in the St James’s Palace Stakes on Tuesday and he has upwards of 6lb in hand. He was a Group 3 winning juvenile and just narrowly missed out in the Champagne Stakes at Doncaster. He missed his intended target to run in the 2000 Guineas but with a stout pedigree he will relish the extra two furlongs and should take the world of beating for Her Majesty.

The main danger looks to be Claymore, who can be forgiven his poor run in the French 2000 Guineas as he was drawn wide and rushed up early. The ground is a concern for him though while the others have upwards of 11lb to find on official figures.

Another huge field handicap to decipher is the final race on Thursday.

Montassib is unbeaten in three starts and a 10lb rise his latest Goodwood win may not stop him, but a berth in stall 1 may. Generally, it pays to be drawn high in this contest with five of the seven winners drawn 26 or higher. Also, favourites have a dreadful record with no favourite finishing in the first four in any of the seven runnings.

CHIEFOFCHIEFS is just 1lb higher than when winning at the 202 Royal meeting, is drawn 25 and has the services of Jamie Spencer. He got no run at all over this trip in the Victoria Cup last time despite travelling well so can be excused that and the handicapper has kindly dropped him 1lb. He was also fourth in last year's Wokingham here over six furlongs and that came off a 3lb higher mark, so everything looks in place for a big run.

FASTNET CROWN’s last run on fast ground saw him finish fifth in the Cambridgeshire in September and he was also third in a big field mile handicap at the Curragh last summer. He looks handicapped to run well and a berth in stall 12 gives his jockey Leigh Roche options. He ran in nicely back at The Curragh four weeks ago and that should put him spot on for a big run here.