Horse Racing
News
Matt Hulmes breaks down day three at the Royal Ascot including the Gold Cup, which Stradivarius is looking to win for a fourth time
Matt Hulmes
20:05, 16 Jun 2021

Gold Cup Day at Royal Ascot and history is in the making with superstar stayer Stradivarius bidding to emulate Yeats and win the race for a fourth time and a fifth victory at the meeting.

I’d recommend a weather watch as thunderstorms are forecast for the area over the next 48 hours, so a keen eye will be kept on the sky.

The Norfolk Stakes is for the speediest juvenile colts and once again Wesley Ward saddles the favourite. Lucci made all to win easily at Belmont on firm ground six weeks ago and looks to give Wesley Ward a third win in the race in the last nine yards. No favourites have won the Norfolk in the last decade, but the biggest SP was 14/1 and eight started at single figure prices.

GO BEARS GO won at Ascot on his debut last month, making all and pulling out more at the line. That was on soft ground so he may be looking for the storms to hit although there are good ground winners in his pedigree.

Cadamosto, Nakatomi, Instinctive Move and Project Dante all won their only starts so far, while Second Wind is two from two for William Haggas in a tricky Thursday opener.

The Hampton Court Stakes is the second race on day three of Royal Ascot and the race revolves around the exciting Mohaafeth. Trained by William Haggas, the son of Frankel was withdrawn from the Derby on the day of the race due to the ground but will relish the quicker conditions in Berkshire. Having looked potentially top class when bolting up at Newmarket, it would be no surprise to see him run very well.

There are dangers though including the likes of Roman Empire who was not beaten far when finishing fourth in the Dante and Movin Time, who looked very classy when winning a maiden at Newmarket very easily.

Godolphin’s One Ruler was disappointing at Epsom but back down in trip will help his chances and if he can settle, he can certainly be competitive. The selection however is PYTHAGORAS. 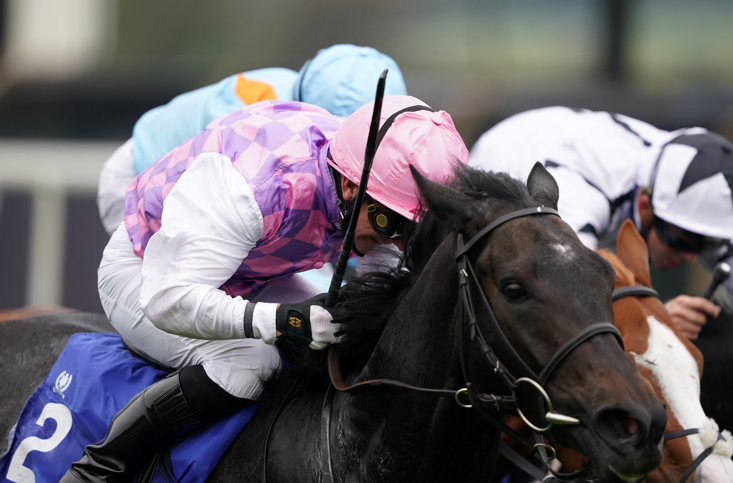 Having shown some really good form last season, the plan was to run in the Derby but having finished fourth in the Blue Riband Trial and then sixth in the Dante, the son of Zoffany was rerouted to the Hampton Court and can give Richard Fahey, who doesn’t normally target in this race, his first win.

The key piece of form for the Ribblesdale lies at Newbury five weeks ago when Eshaada spring an 18/1 surprise to beat Gloria Mundi and Twisted Reality in a listed contest. The winner needed every yard of the ten furlongs and will appreciate the extra trip while connections were sweet on Twisted Reality, and she should com eon plenty for that run and et closer to the winner.

That is the key form, but the best form looks to be the Musidora at York which saw NOON STAR finish just over three lengths behind Oaks winner Snowfall. She was a well backed favourite that day but hung right under pressure, so a switch to this track should help on that score and was impressive when wining at Wetherby, beating Loving Dream and subsequent Lingfield Oaks Trial winner Sherbert Lemon. She would also appreciate a little bit of rain.

Divinely comes direct from the Oaks at Epsom where she ran a solid third but was eighteen lengths behind the winner and it is a quick turnaround to back up that effort just thirteen days later.

John Gosden saddles three in his quest for a fourth success in five years in the Ribblesdale. As well as the aforementioned Gloria Mundi under Frankie Dettori, he also saddles Taslima (third in the Pretty Polly on her second start behind oaks runner-up Mystery Angel) and Loving Dream, who has two and half lengths to find on Noon Star on their Wetherby running.

Stradivarius will be bidding for history as he tries to emulate Yeats by winning four Ascot Gold Cups. In what is likely to be his last season in training, the evergreen seven-year-old has been prepared slightly differently this season by winning the Sagaro Stakes and goes into the race as the one to beat.

A fascinating contender is Serpentine, who will be the first Derby winner to run in the race since 1970. Ryan Moore will be on board and the vibes around Ballydoyle, who also have Santiago and Amhran Na Bhfiann, are very positive.

Mark Johnston will rely on Dubai Gold Cup hero Subjectivist and last season’s runner-up Nayef Road as he looks for a fourth win in the race.

The ground may have gone against Trueshan for Alan King, who bolted up to win the Long Distance Cup on QIPCO Champions Day. Another who may have come into the reckoning if it were soft is Princess Zoe, who despite disappointing so far this season, showed flashes of brilliance last season.

The selection though is RIP VAN LIPS, who brings a completely different form line to the race and will relish going up in trip. 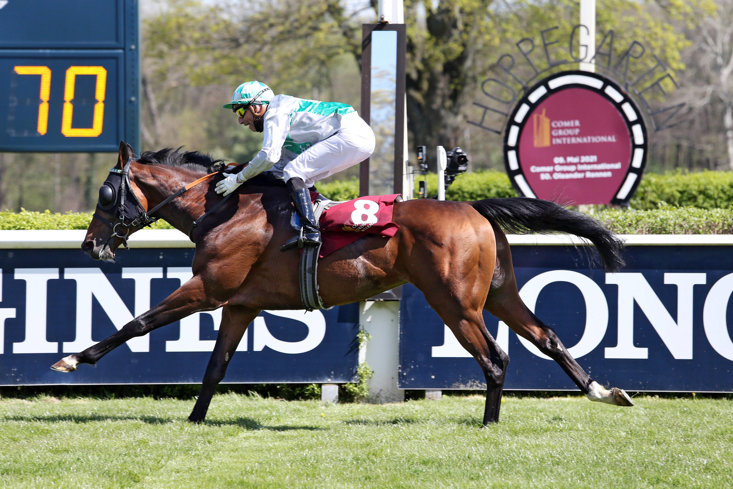 The German stayer is a huge price and will have to run a career best but after good runs at Chantilly and most recently at Hoppegarten, there is every chance he can hit the frame.

An absolute lottery is the Britannia Stakes with thirty three-year-olds spread across the track in this cavalry charge. It is already a punters puzzle without the prospect of any rain mudding the waters in terms of the draw.

It may be wise to take a horse form each side of the track and tread carefully despite these two finding their way towards the head of the market.

First up I will go on the far side for AIR TO AIR who has the services of Jamie Spencer who won this race in 2016 and 2017. George Boughey’s runner is on a hat-trick after wins at Newmarket and then over the mile at Doncaster in impressive style twelve days ago. He gets in here off just 8-7 and is a likely player having won on different types of ground.

Second selection is Silver Bowl winner RAADOBERG, who sluiced through the mud at Haydock to win that prize quite easily, settling it with a turn of foot about two out. He was being closed down at the line, but he looked like a future group horse the way he quickened, and he won his maiden on good to firm ground so it all comes alike. Roger Varian won the race with Khaloosy last year and despite the 11lb rise, he is a major player.

Mithras will be popular for Frankie Dettori and John Gosden. He won a decent early season handicap at Newbury but was well held in listed company at Sandown since and needs to bounce back.

Aerion Power is on a four-timer for Sir Michael Stoute now the penny has dropped but is up another 7lb for his latest win. He is the choice of Silvestre De Sousa over fellow King Power runner and hat-trick seeker Siam Fox. George Peabody kept finding for pressure when winning under a penalty at Thirsk two months ago while Perotto flew home to just get up at Goodwood last Sunday. That was over seven furlongs and he is 4lb wrong under a penalty but has the champion jockey on board this time.

One to keep an eye on at a big price is Big Narstie for Richard Spencer under Hayley Turner. He ran second at the track behind the progressive Aldaary (runs 6.10) over seven furlongs. He is having just his fifth start and could be well berthed in stall 29 while Summa Peto deserves a mention for spreadeagling the field in what looked like a decent Wolverhampton handicap recently but has a 9lb rose to cope with.

Qaader was second in last year's Coventry and brings some solid juvenile pattern form to the table. He is closely matched with Legal Attack on their Goodwood meeting at the end of April.

Aidan O’Brien has somewhat surprisingly only won the King George V Stakes once but could double that tally this year with Sir Lamorak. Having won both of his starts so far this season, the son of Camelot will enjoy a stiff test and with a quick pace all but guaranteed, he could be very hard to stop.

LORD PROTECTOR has looked potentially very good so far this season and remains unbeaten. The German-bred colt will be stepping up in trip but should have no issue with the extra two furlongs and is the selection. 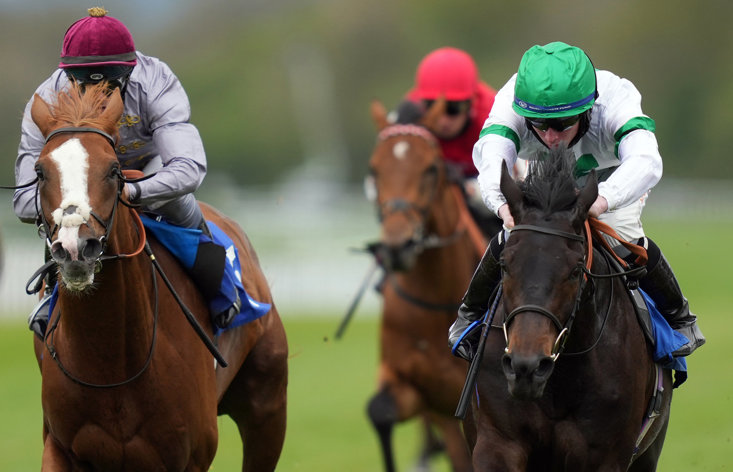 Roger Varian’s Nagano has looked good in two starts at Nottingham and Newcastle respectively, but this is a big step up in class. Of the others, Parachute for Ed Walker and Surrey Gold for Hughie Morrison could both run well.

Another devilishly difficult puzzle to solve on with twenty-nine runners tackling the straight seven furlongs and each of the last seven winners returning a double figure price.

Aldaary is likely to be popular after he bolted up here on seasonal return (ahead of Big Narstie who runs at 5.00pm) and there was no disgrace in losing his unbeaten record at Goodwood subsequently. The winner of that race followed up at Epsom on Derby Day though, franking the form and he gets a valuable 9lb weight-for-age allowance as the only three-year-old in the field who won’t have finished improving just yet.

The vote goes to PERSUASION for Charles Hills and James Doyle. He beat subsequent winning stablemate Dulas at Haydock on his seasonal debut and has only been put up 3lb. He was highly tried as a juvenile after a winning debut and ran in the 2000 Guineas without troubling the principals. He showed a bit more on his final 3yo start and started this campaign in the best fashion.

Boardman has been a revelation this season, rattling of a hat-trick and climbing the handicap ladder, rising 21lb in all. The manner of his latest Chester win though suggests this latest 6lb rise may be within his compass.

Lots of Ascot regulars are in the line-up too, with Raising Sand, Blue Mist and Ropey Guest all having claims on their best form while Danyah and Tomfre are consistent four-year-olds who are likely to give their running but may not be as well handicapped as a few others as a result.