The opening day of Royal Ascot, where Betfred are proud to be the official bookmaker, kicked off an incredible five days of racing in style and we can expect the same on Wednesday. Here's a breakdown of all the action.

The Queen Mary sees 21 of the fastest juvenile fillies line up.

Preference though is for DRAMATISED, who was visually very impressive on her debut at Newmarket and is favourably drawn towards the stands side. The form looks good with the second winning twice subsequently while the fourth has also hit the board.

Amo Racing have five representatives and with Rossa Ryan having the choice and ridden all five at some stage, keep an eye on his Miami Girl. She was a disappointing favourite at York but can be forgiven that and on her striking Newmarket debut she could be overpriced.

Aidan O’Brien has a fantastic record in this race, winning four of the last seven and six of the last twelve. He relies on Anchorage here, who was fifth on his only start so far this season but looks sure to relish the extra half-mile trip this afternoon.

I will take a chance on AL QAREEM, who isn’t bred for this distance but never looked like being beaten at York last month when making all in a handicap. He is up another two furlongs but he wasn’t stopping on the Knavesmire and offers a decent priced alternative to the blue bloods at the head of market.

The Prince of Wales’s Stakes is all about quality over quantity and there wasn’t a person in racing who could not be impressed by Bay Bridge’s return at Sandown three weeks ago. He travelled sweetly and flew past the useful Mostahdaf like he was standing still. It was mouth-watering and he looks the perfect candidate for his first top level success for the resurgent Sir Michael Stoute.

However, the call must go to the Japanese raider SHAHRYAR. The Christian Demuro ridden 4yo loves quick ground (something Bay Bridge is unproven on) and has top-level form already in the book. The Japanese raiders took both the Saudi International meetings and Meydan’s World Cup night by storm and the form of his winning the Sheema Classic looks excellent. Although Yibir has let it down twice, Alenquer and Hukum have both won Group 1s since while Pyledriver has been runner-up. It stands up to the closest scrutiny and he just edges the vote on form claims, but clearly on price grounds at around 3/1.

Another brilliant renewal of the Group 2 Duke of Cambridge Stakes with eight top-level fillies heading to post over the mile.

Bashkirova battled on well to hold her owner mate Potapova at Epsom eleven days ago, but this is a quick turnaround while Sibila Spain would appreciate more give underfoot to be seen at her best.

Mother Earth dropped down to Group 3 level to get her season off to a winning start and last year's 1000 Guineas heroine is a major player despite being put in her place by Baaeed at Newbury. She has lacked consistency though and has had plenty of races with connections reaching for the cheekpieces for the first time on her 21st start.

I have to side with SAFFRON BEACH, who was three lengths behind Mother Earth at Newmarket last May but landed a top level success and reversed the form in the Sun Chariot Stakes in October. It was a solid return over nine furlongs at Meydan in the Dubai Turf and she is reunited with William Buick who was on board for her biggest success last term. 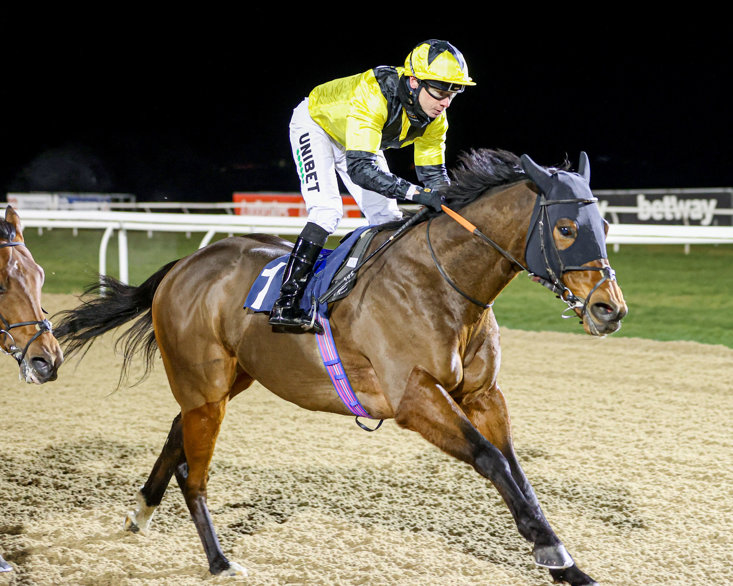 The cavalry charge of the Royal Hunt Cup over the straight mile.

15 of the last 20 winners carried 9-1 or less which whittles this field down to just seven. Totally Charming is 1lb well in after his Epsom success twelve days ago while Via Serendipity loves it here and is in good heart judging by his Sandown win on Saturday but is 3lb ‘wrong’.

Of those at the foot of the weights, DARK SHIFT must go well for Tuesday’s Kings Stand hero James McDonald. He has won half of his ten starts and has course figures of 14110. He is also 2lb well in following an impressive Doncaster victory 2 days ago and is drawn right in the middle of the track.

Of those at bigger prices, BLESS HIM will finally get the quick ground he craves and has the services of Jamie Spencer, who will stalk what will be a slick pace. His record at Ascot with firm in the going is 1919, with the latter of those in Group 1 company. The 8yo has run well off these marks previously and has been a regular at group level. He won as recently as March at Newcastle and with all the extra places on offer, not many will be finishing better and he can at least hit the frame.

A wide-open sprint for the juveniles.

Aidan O’Brien, who won the race twice in recent years, has the favourite in Little Big Bear. He showed plenty of speed to win his second start over this trip but that was on soft ground and he is bred to get further despite his sire winning the Norfolk.

There are lots to consider but the tentative vote goes to CHATEAU for Andrew Balding. He learnt plenty from his Salisbury debut to get up on the line in a decent conditions contest at Beverley, showing a liking for the stiff finish there which will hold him in good stead.

Eve Johnson Houghton won this last year with Chipotle (drawn 1) and they have Whistle And Flute for the same connections drawn on the stands side this time, and he could go well at a big price if ignoring his poor run at Beverley.

The Kensington Palace Stakes for fillies and mares brings day two at Royal Ascot to a close. It’s a competitive looking handicap although many of those towards the top of the market have shown an appreciation for slight ease in the ground, notably Improvised and last year’s runner-up Ffion, while Haziya has yet to run with the word firm in the going description.

STATE OCCASION is very consistent with only her debut effort seeing her out of the front three in nine starts. She was a good second over this trip on the straight course in September and had Roman Mist, who is now rated 15lb higher, back in fourth. She ran admirably in two tough heats at Newmarket after that and returned 18 days ago at Chelmsford where she got the race in the Stewards’ Room after being hampered late. This has clearly been her early season target and she can get the rewards her consistency deserves from a decent draw in stall 5.