It’s been a pretty unreal start to 2022. I was having a conversation with my agent about how quiet things have been and the horses have been running well without quite winning. He said to keep turning up and it will change, and how right he was. It’s been a blistering start. A winner at Musselburgh and a treble at Ayr in the first two days and it’s been great.

It’s been a quiet week this week but it has been nice after a busy festive period to get some downtime and reflect on how well things have been going.

This weekend last year I rode an emotional winner on Seeyouatmidnight in the Veterans’ Final at Sandown.

I won on Seeyouatmidnight first back in 2013 when he first burst onto the scene, and we won three good races. He went onto his novice chase career without me as I retired but then we both came out of retirement at exactly the same time. 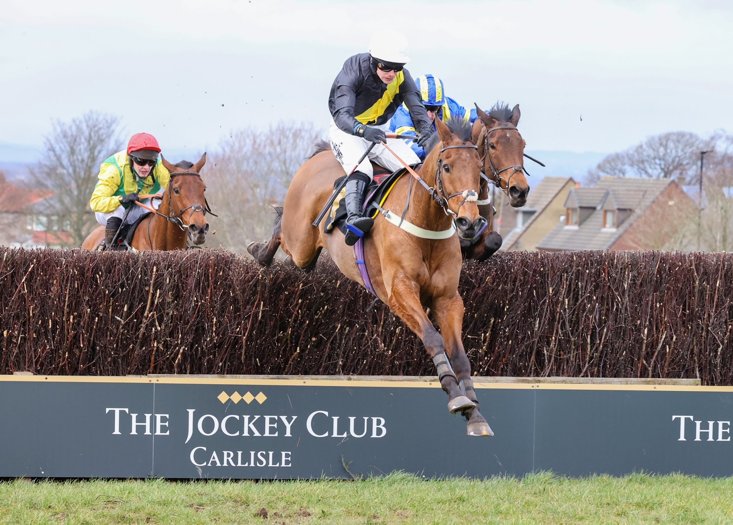 To go to Sandown and win a big race like that after the vets had said he would never see the racecourse again and thinking that I would never be a jockey again, it was really emotional to go down there and win. He was an incredible horse the way he jumped and travelled and it was a very special day that I’ll always remember.

Sir Ivan was third to us that day and I think he may be the one to beat this year.

I’ll be in action at Newcastle on Saturday with four rides.

She is a horse I really liked at the tail end of last year. She may just be a spring horse that needs spring ground but we’re fortunate that Newcastle is looking like being good to soft so it should be fine. I feel this is an opportunity to get her head in front over fences. I genuinely feel like she is a 130 horse and she’s on a decent mark here (112) having had a few bad runs, but she’s had excuses, be it too short a trip or wrong ground. She’s in good form at home and I really expect her to go very close, if not win. The only question mark is will she stay two and a half miles, I think she will. That is the only unknown as last year over hurdles she didn’t quite see it out, but this year over fences and being another year stronger, I think she will.

I am unbeaten on Donna’s Delight having ridden him twice and won both starts. He is a real nice chaser and it was a sad day when he broke down on both front legs. He got two tendon strains and he was becoming a Grand National type who we think would have won an Eider and gone onto great things but unfortunately got injured. The owner did think of retiring him but he was still quite young so they’ve decided to give him another go. He is in good form at home but we’ve not been hard on him so he will probably need the run. I think my unbeaten record on him may be over after this but we’re hoping we can get him to the racecourse, get him a spin round and hope he enjoys it and comes back safe and sound. 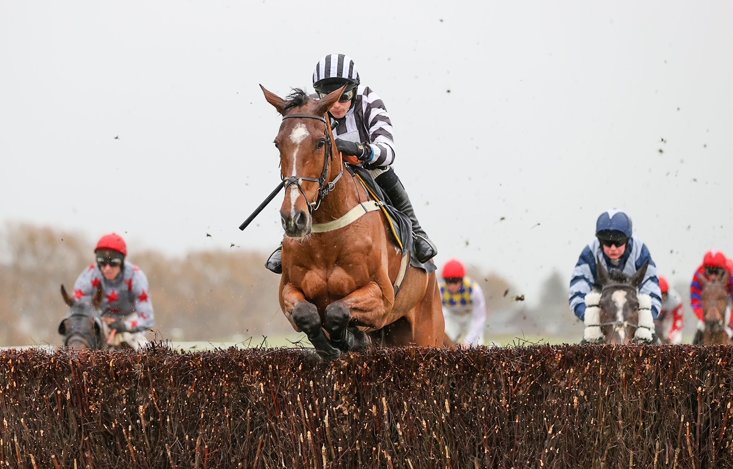 Shaka The King ran really well last time on his first run for a long time. He jumped well and travelled well but he just got tired as Hexham takes a bit of getting on soft ground. He hit the hill and got tired so he will strip fitter for that and I expect him to go close. Really looking forward to him. I enjoyed him the last day so I’m hoping for a big run.

He has been slightly disappointing. He ran well in a bumper last season at Kelso and I thought he was a nice young horse. He has not been without his problems and not been easy to train and not really been finishing his races. It is more of an educational run from our perspective as we’re still trying to work out his best trip and his best ground and I think he will be nice in the future but we are still learning about him and he needs to finish his races off better.

Looking further ahead, I am still unsure where Empire Steel will run next. He was running such a nice race when falling at Wetherby but he will be aimed at a big pot, while Midnight Shadow will go to Doncaster for the Skybet Chase at the end of the month. He is stepping up in trip and is an exciting one going forward. We will find out if he stays ahead of where we’re going next.

I also want to give a mention to the northern racing scene at present. It is exciting for us in the north to have Brian Hughes up here riding so many winners and looks set to be Champion again while Donald McCain is absolutely flying and maintaining it all season so far.

It is great for the north and certainly puts us on the map and proves we can mix it with the best of them given the opportunities, the horse and the owners northern trainers and jockeys are just as good as the south.