Manchester United fans may be allowed to stand at Old Trafford for the first time since 1994 later this season, if the club is given approval to install rail seats as part of a safe-standing trial.

The Red Devils have revealed that they made a formal proposal to the local Safety Advisory Group (SAG) in December 2019, requesting the go-ahead to transform a 1,500-seat section of the stadium’s North East Quadrant in order to deal with persistent standing.

The plans were unveiled at a fans’ forum, with the club explaining that a consultation period regarding the potential return of standing had resulted in positive feedback. United must now wait on a response from the SAG - made up of representatives from the local council, emergency services and other regional bodies - before stepping up plans.

The type of rail seating United are proposing to install comprises fold-up seats with separate safety barriers to allow fans to enjoy matches either stood up or seated. Should the club get the green light, it would be the first time standing has been permitted at the Theatre of Dreams since the implementation of the Taylor Report into the 1989 disaster at Hillsborough Stadium in Sheffield.

Old Trafford would not be the first Premier League ground to revert to safe standing, with the new Tottenham Hotspur Stadium having been built with sections of rail seating ahead of its opening game in April 2019. And Wolves installed rail seating in the Sir Jack Hayward Stand at Molineux last summer, with an area in the North Bank opposite also having independent barriers added to existing seating to allow for safe standing.

Jacqui Oatley
@JacquiOatley
Love the idea of this newly completed rail seating in the South Bank at Molineux. Would you like it at your club? Surely adds to the experience. #wwfc 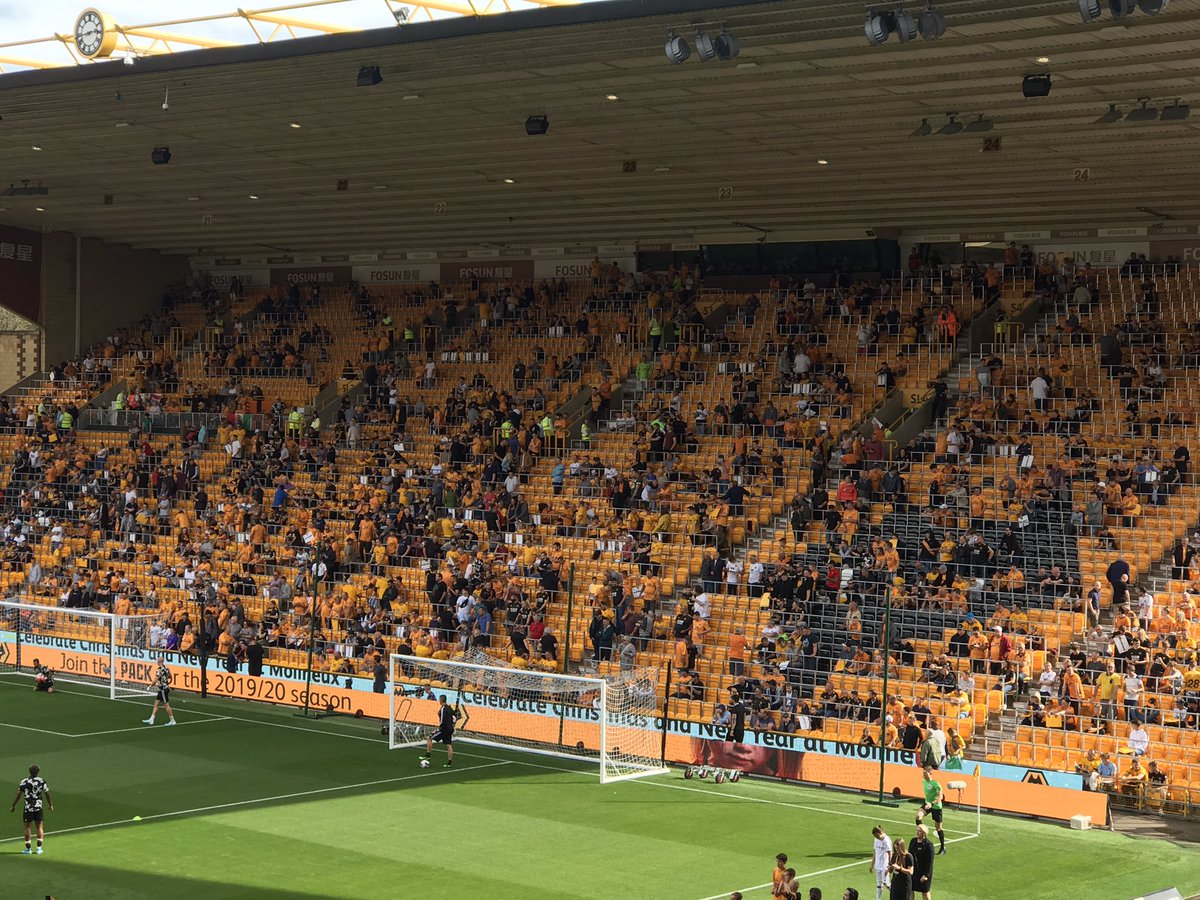 United’s push for an introduction of the practice at Old Trafford follows recent updates to the Sports Grounds Safety Authority’s (SGSA) Green Guide.

Martyn Henderson, chief executive of the SGSA, explained in a statement, “Our research is providing new insights into the positive impact that installing seats with barriers can have on crowd safety.

“The research is ongoing and we will publish the final report at the end of the season. In the meantime, we will work closely with the government on the implementation of its manifesto commitment to introduce safe standing.”

It is believed that the addition of barriers between the rows of seats has a positive effect on spectator safety, but United warned those present at the fans’ forum that the petition to the SAG committee is by no means an automatic approval process. The club are, though, keen to work through the SAG’s compliance and review processes in whatever way is necessary to help the trial get the all-clear.

United surveyed fans as long ago as 2016 regarding their opinions on the potential return of standing areas should legislation allow, and the club have been well-known advocates for the implementation of safe standing for some time.

However, there has been no standing area in effect at Old Trafford since the conversion of terracing in the East Stand in 1994 which met with the deadline imposed by the Taylor Report. At that time the stadium became a 44,000-capacity all-seater arena but expansion projects in the Sir Alex Ferguson Stand, the East Stand and the Stretford End have since allowed the ground to hold 74,879 fans.