Mohamed Salah’s 100th Premier League goal for Liverpool was not enough on Saturday evening as they were held to a 3-3 draw against Brentford in what was an utterly thrilling encounter at the Community Stadium.

There have been many treasures found in Egypt over the course of history but the left-footed attacker may just be the greatest gem uncovered from the nation. The sensational Salah has been a breath of fresh air since his return to England in 2017 and today has just become another page of the incredible story of this wonderful player’s career.

His composed second-half finish not only meant he reached the milestone for the Merseyside club, but he also became the fourth fastest player to reach that feat in Premier League history in just 151 games for the Reds.

Jurgen Klopp’s side faced their first real challenge in the Bees this season, who showed excellent quality and desire for newcomers. They have been a welcome addition to the top-flight and they showed they are not here to mess around. Not only did they manage to score three goals past a side that, until today, had only conceded to Chelsea, but they were able to execute their philosophy on the pitch and move the ball through the thirds with pace and accuracy, which not many sides will be able to accomplish against the 2019/20 champions.

The amount of hard work that has gone into getting the west London club to the position that they are in now has paid off and they have shown that they fit in amongst England’s elite and are looking by far the best of the three sides to get promoted from the Championship last season. The mentality that their squad has is so strong and it showed at the Brentford Community Stadium as they showed the spirit and determination to pull the game level on two occasions. 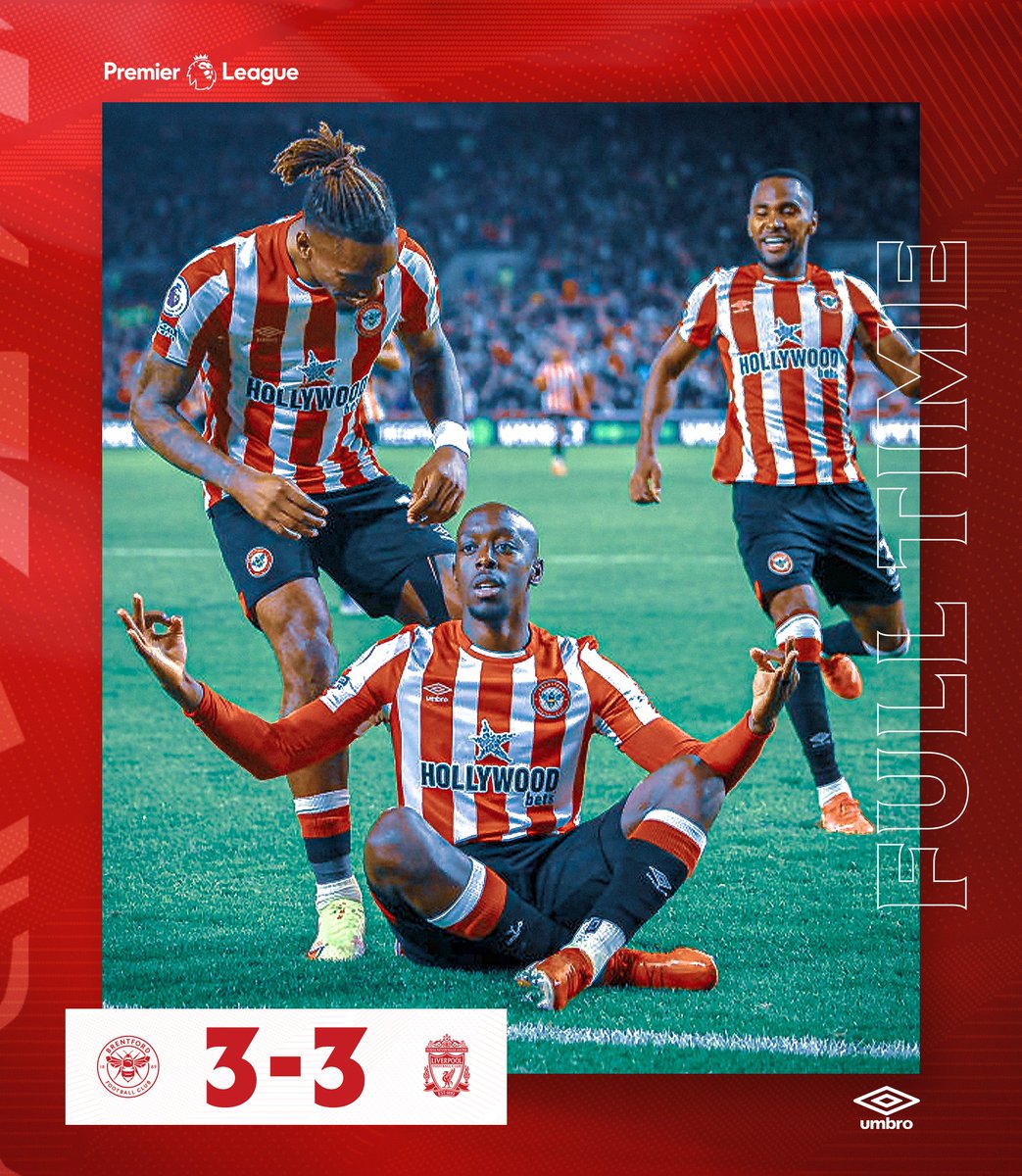 The game had a very bright start with both sides attacking each other with intent. Brentford’s club-record signing Kristoffer Ajer, moments after a head injury, was on hand to clear a goal-bound effort off the line from Salah to keep the score level in the opening stages. This spurred on the home side who had a chance of their own immediately after. Bryan Mbeumo spotted his strike partner Ivan Toney in the Liverpool area and he floated in an inviting cross which the forward met ahead of Virgil Van Dijk, but could not direct his header goalward. Then it was the former Newcastle United youth product’s turn to set a chance up for Mbeumo, whose headed knockdown played the Frenchman one-on-one with Alisson, but his dinked effort was cleared by Joel Matip.

Thomas Frank’s side took the lead through Ethan Pinnock after a perfectly-executed set-piece gave the Jamaican defender a tap-in at the far post to send the home crowd into a state of euphoria. It was short-lived as Liverpool pulled themselves level minutes later through a Diogo Jota header, meeting a cross from skipper Jordan Henderson.

The Reds were able to take the lead for the first time in the game when Salah fired in from close-range after latching on to an excellent pass from Fabinho and had to wait a moment for his landmark goal to be awarded by VAR. But Frank’s Bees did not allow their heads to drop and they battled hard for an equaliser which came when Vitaly Janelt reacted the quickest to head in a rebounded effort off the Reds’ crossbar. 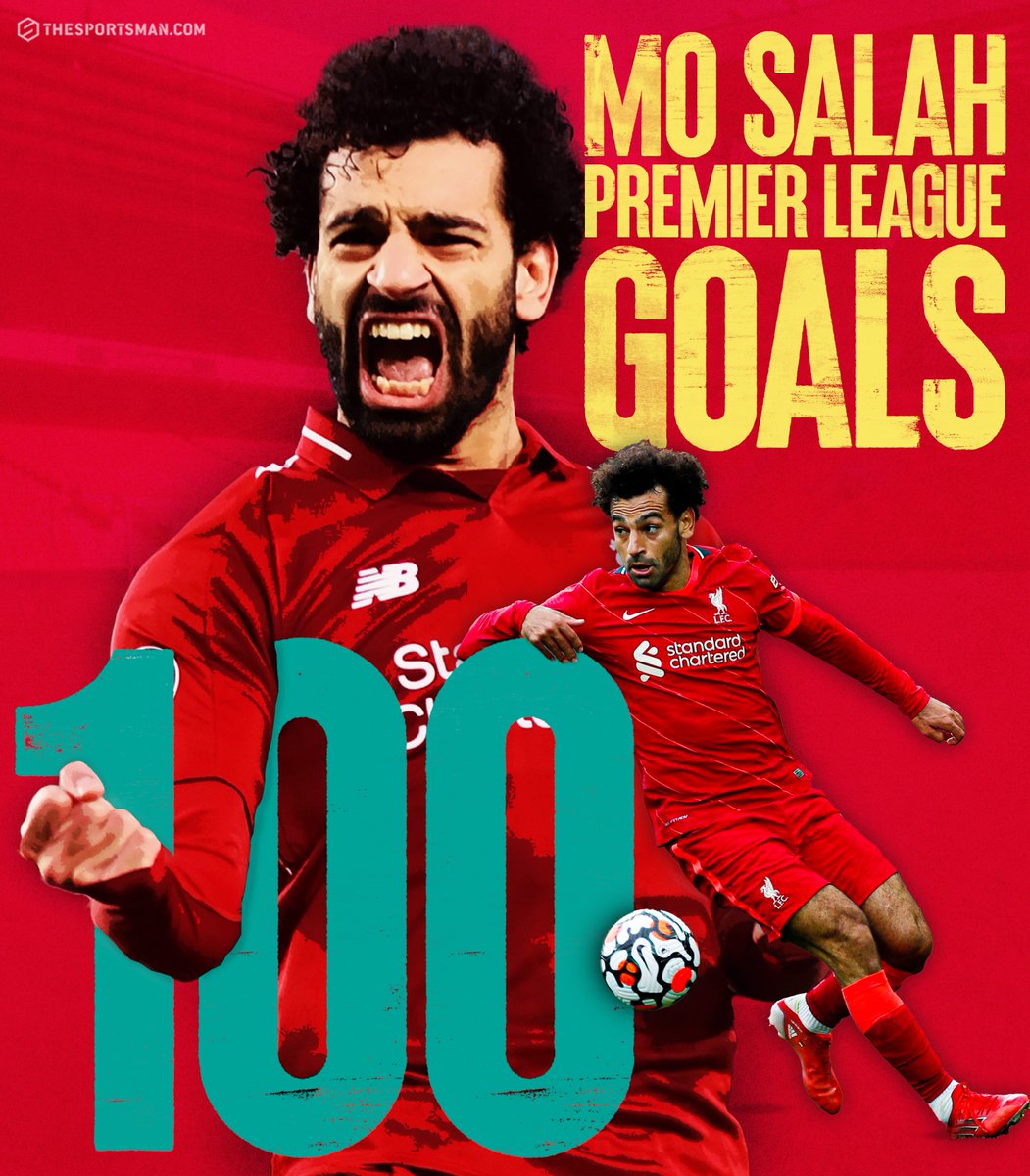 There was a growing feeling that this goal-fest was not over just yet and it wasn’t long before the visitors were ahead again. Youngster Curtis Jones let rip a thunderbolt from outside the box which Ajer stabbed at but his touch took it past Raya in goal, with the Spaniard having no chance with the deflection.

The fans inside the stadium still believed that the game wasn’t over, and neither did the players in the red and white shirts. They committed bodies forward and didn’t give up the chase of the ball and they were able to grab their second equaliser of the game through substitute Yoane Wissa. The forward dinked the ball over Alisson from close-range to earn his side a thoroughly-deserved point.

Liverpool remain a point clear at the top of the table, while Brentford move up to ninth.