Mohamed Salah had the final word in Egypt’s triumph over Ivory Coast, sending his team through to the quarter finals of the African Cup of Nations with the winning penalty in the shootout. The Liverpool star had made headlines this week for saying that if Egypt win the AFCON, the trophy would be “the closest one to my heart”. Now thanks to his penalty settling a game that had finished 0-0 after extra time, Salah and Egypt take another step closer to achieving that dream.

Manchester United’s Eric Bailly put in a man of the match display, keeping The Pharoahs at bay with a superb display of defending. Cruelly, he also had the misfortune of seeing his penalty saved by Gabaski to damn Ivory Coast to a tournament exit. The Egypt goalkeeper had come on as a substitute for the injured Mohamed El Shenawy in the 88th minute. He had already made his mark with a match-saving stop in extra time, before his penalty save teed up Salah to seal the win.

Mali and Equatorial Guinea also needed penalties to settle their differences, capping a day without an open-play goal in the tournament with a another 0-0. Yves Bissouma had carved out the best chance of the game, squaring for Mo Camara to blast over the bar. Equatorial Guinea had a late penalty shout waved away, when Emilio Nsue went down from what appeared to be an arm across his shoulder.

Carlos Akapo’s audacious panenka was the highlight of a tense and dramatic penalty shootout. Both sides missed two of their initial five spot kicks, taking matters into sudden death. Falaye Sacko ended up as the unlucky party, as he put his penalty too central to hand Equatorial Guinea a remarkable upset win. 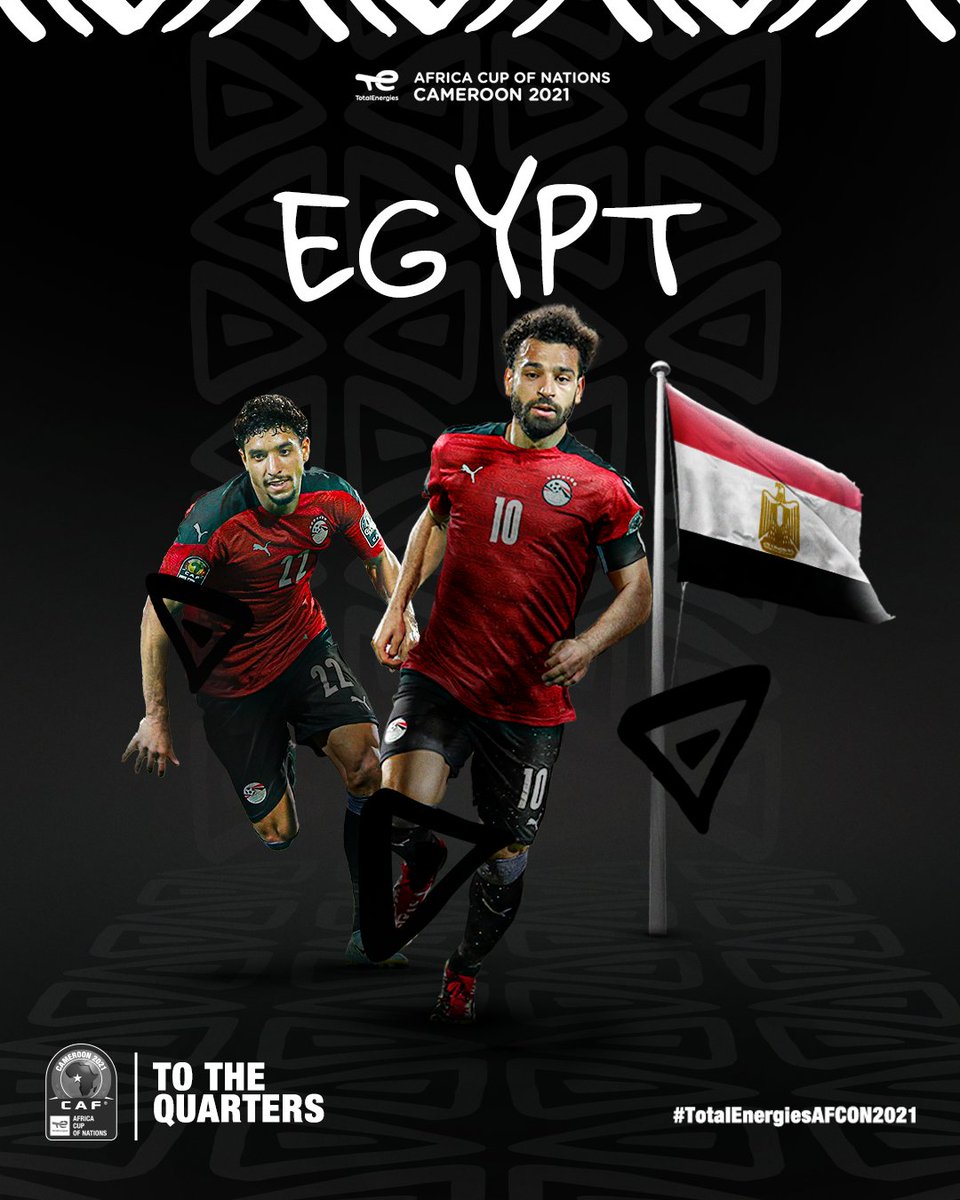 The round of 16 began on Sunday, read on below for a complete round-up on how sixteen became eight, as the AFCON found out its quarter-finalists.

The feel-good story of Comoros came to an end at the hands of Cameroon, but the tournament favourites had a trickier time than expected in a 2-1 victory. The underdogs had endured a dramatic build-up, when a mixture of injuries and positive COVID tests amongst the three goalkeepers in the squad left them needing to field defender Chaker Alhadhur between the posts. Their troubles were exacerbated further when captain Nadjim Abdou was sent off after just seven minutes.

Despite facing adversity greater than anything Balboa overcame in the entire Rocky franchise, Comoros gave Cameroon quite the game. The minnows were good value for their 2-1 defeat, with a superb Youssouf M'Changama free kick serving as consolation after Karl Toko-Ekambi and Vincent Aboubakar put the favourites ahead.

In a round of 16 rammed with red cards, there were two to be found in the game featuring Cameroon’s quarter-final opponents Gambia. The Scorpions were made to work for this victory, with Bologna striker Musa Barrow scoring the only goal in a 1-0 win. Guinea struck the post twice, before red cards on either side marked a chaotic final five minutes.

Another red card was doled out in Tunisia’s 1-0 win over Nigeria, with the familiar face of Alex Iwobi being on the receiving end. The Everton man turned out for the heavily favoured Super Eagles alongside Premier League colleagues Wilfred Ndidi, Kelechi Iheanacho and William Troost-Ekong. Tunisia sealed their place in the last-eight through a Youssef Msakni strike early in the second half.

A dramatic injury time own goal from Burkina Faso’s Adama Guira took his side into extra time against Gabon, cancelling out a second-half strike from Aston Villa’s Bertrand Traore. Zakaria Sanogo had a goal disallowed in extra time, before the match was settled with a thrilling penalty shootout. Burkina Faso got the nod 7-6 from the spot, to cap a scintillating tie.

Liverpool’s Sadio Mane opened the scoring for Senegal in their 2-0 win over nine-man Cape Verde. Patrick Andrade was sent off in the 21st minute, before Vozinha followed him to the dressing room in the second half. Bamba Dieng added a second for The Lions of Teranga in injury time.

Morocco had to come from behind to beat Malawi, after Gabadinho Mhango’s incredible long-range strike gave his side the lead. Youssef En-Nesyri equalised on the stroke of half time before an inspired free kick from Achraf Hakimi sealed the win.