Results haven’t shown it, and there are fair questions surrounding his tactical approach and leadership, but Ole Gunnar Solskjaer has done good work during his Manchester United reign.

He has fulfilled the brief given to him upon his original arrival as an interim manager in December 2018, reconnecting the club with its core values and at least starting the long rebuilding project after a number of false dawns.

The decision to give him the job permanently around a year ago was perhaps a little premature, someone with a better track record would probably be more suited, but he certainly has built on what he initially brought to the table.

His work in the transfer window has been overwhelmingly positive, but there just hasn’t been enough of it. In Aaron Wan-Bissaka and Harry Maguire, United signed the two best British players available in their positions, regardless of whether they paid too much, while Bruno Fernandes is showing why he should have been snapped up alongside them rather than in January.

Having started life at Old Trafford brightly, Dan James has settled into a more supportive role after joining from Swansea; the rather misguided decision not to replace Romelu Lukaku with a striker of similar stature, is really the only blot on the record.

After years of chasing the dream with overpriced and under-motivated ‘superstars’, the club has returned to their primary approach to bringing players in; getting the best homegrown youngsters, sprinkled with a few talented imports to galvanise them.

Champions League qualification is still a possibility this season, if and when football restarts amid the ever-changing landscape of Coronavirus, and the work will be added to again in the summer.

Birmingham City’s 16-year-old sensation Jude Bellingham has a long list of admirers from right across Europe. Borussia Dortmund have been heavily linked, as they look to repeat the success they had after signing Jadon Sancho from Manchester City at a similar age.

Sancho is set to leave the Signal Iduna Park in the next transfer window, inevitably for a huge profit, and while Solskjaer has coveted him more than anyone else, given the competition the 20-time Premier League champions would face and money they’d have to pay, he is rather sensibly looking to find a gem of his own he can mould.

That isn’t to say Bellingham won’t have other options, nor does it suggest Birmingham won’t drive a hard bargain for their once in a generation jewel. With four goals and two assists in 32 Championship games this season, his stock is high and rising. He is already scouting out his next move, and having previously dawdled in similar situations, the Red Devils have been proactive in their pursuit, already inviting the midfielder to their Carrington training base. 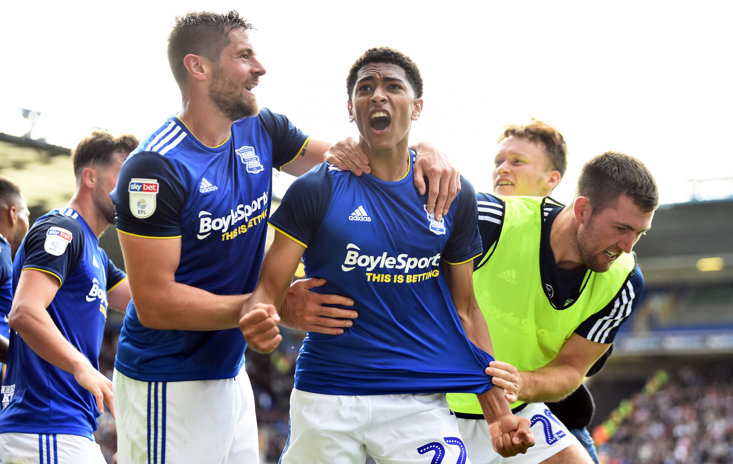 Sancho’s time at Dortmund has made him a pioneer; the success he has had makes the Bundesliga as attractive a proposition to young English players as they are to German clubs.

The fact he was thrown straight in at the top level and has thrived in the Champions League and, subsequently, internationally, despite his young age and minimal experience beforehand, will certainly appeal to somebody like Bellingham.

United do offer opportunities to youngsters, especially under Solskjaer; James, Marcus Rashford and Mason Greenwood are all proof of that, but whether he would be a regular starter as early as next season is doubtful.

Chelsea, another side looking to build on the foundations of youth under Frank Lampard, have also reportedly held talks with Bellingham. The player is in the perfect position, refusing to jump into anything and giving every possible avenue the time of day.

Because Sancho has laid the path in Germany, Dortmund have to be a serious consideration; the technical game over there is much more refined, and although English football has begun to follow their lead, the ‘win now, develop later’ culture doesn’t make it the best setting. Also, away from the spotlight of the headline-hungry British press, Bellingham would have more freedom to work on his game.

This saga will run and run; the end result is a long way away. Other, unprecedented factors, which almost place football into insignificance, are also at play. But when football eventually resumes, with everybody safe and well, Jude Bellingham will have a big decision to make.

United shouldn’t be discounted; Solskjaer has made the club a good place for players like him again. But a move to Germany could be too good to turn down.