Football
News
The women's game is under threat from an over-saturation of fixtures.
Joey Mills
17:02, 25 Nov 2021

Women’s football has a scheduling problem. England head coach Sarina Wiegman and Arsenal manager Jonas Eidevall are among the high-profile figures who have criticised the relentless stream of games. While frequent games are great for garnering interest in the sport, they do take a physical toll. Leah Williamson’s hamstring injury, which looks set to keep the defender out until January, lit the fuse for these calls for change within women’s football.

Williamson picked up the injury in a 1-1 draw in the North London derby against Tottenham Hotspur earlier this month. Speaking to the media ahead of Arsenal’s following game, Eidevall lamented the physical pressures placed on his team. “It is a muscle injury so it is an overload issue. Obviously, we had a really tough week and no other team in the league has been asked to play with such a tight schedule. It was almost inhuman.”

While it is natural for the Gunners boss to focus on his own side, Wiegman argues the problem is more widespread. Speaking at a press conference, the England manager stated, “When you’re an international player you have tournament on tournament on tournament, every summer, then you have Champions League, then you have your domestic competitions. The players have so many games and we have to consider when they are going to have some rest, physical and mental, because they are just human beings.”

This season’s schedule has been further complicated by the FA Cup. Last year’s competition has spilled over into this season due to COVID-19. Government guidelines led to a three-month suspension of the cup last season, and thus the rounds from the quarter final onwards have been played out during the current campaign. Arsenal were one of the teams to fall foul of this. Williamson’s injury occurred during their quarter final tie. The rescheduled game meant the Gunners played four games in nine days. Something had to give, and unfortunately for Arsenal it was Williamson’s hamstring. 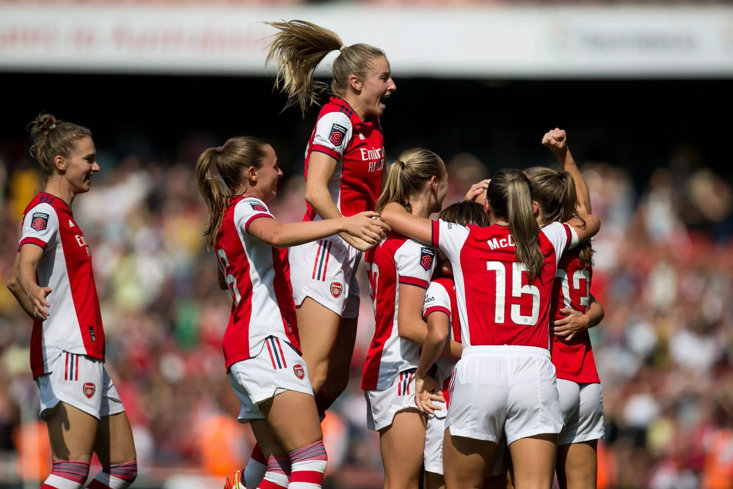 Alongside the Women’s Super League and FA Cup, Chelsea and Arsenal have also had the Champions League to contend with. For the teams who are not competing in the Champions League, there is the League Cup. Formatted with a group stage rather than as a straight knockout, this adds yet more games to the slate. When Chelsea and Arsenal join the tournament for the knockout stage, the pressure cooker will heat up further.

As if that wasn’t enough football for the two London clubs, they will also meet in the final of last season’s FA Cup on the 5th December, one week after this season’s tournament is due to start. It really is a dizzying series of fixtures for the WSL clubs, and these two sides in particular.

In a season of unrivalled exposure for the WSL, nobody is suggesting make any sweeping changes to that competition. But surely concessions could be made elsewhere? The COVID delay was unavoidable, but could this season’s FA Cup have been either re-formatted or deferred to allow players more time to recover? Could the League Cup become a knockout tournament, thus lessening the load for some of the teams involved? What is clear is that things cannot continue as they are. Otherwise the risk is there that in a season where the WSL is finally getting some well-deserved improvements to its coverage, the top players reach breaking point.