The Scottish Grand National meeting makes a rare appearance in the calendar the week BEFORE the Aintree version this year and looks set be a cracking day of action on the West Coast.

Plenty of competitive action is complemented by some jumping at Newbury and Chepstow while classic trials are the highlights on Leopardstown’s flat card in Ireland.

Fergal O’Brien is having a strong end to what has already been a successful campaign from his new base at Ravenswell Farm, and on the back of a brace in Berkshire on Friday, his PUNCTUATIONcan land the hat-trick in the 1.35.

Despite only winning by over a length here four weeks ago, he hung on the run-in and was value for much further. He has gone up 8lb but he still looks very attractively weighted on his flat form and now he has found his feet over hurdles, he should take plenty of beating here.

DOYEN BRRED looks to have a decent chance of a deserved win in the three-mile novice chase this afternoon.

He has acquitted himself well on bad ground the last twice in grade two company at both Warwick and Ascot but will certainly appreciate a return to better ground this weekend. He was thought good enough to tackle grade 1 company at Aintree last year when fifth to Ahoy Senor in the staying novice hurdle on Merseyside and despite his initial schooling to going to plan, he made a winning chase debut at Hexham. He is back int o handicap company here off a nice mark and he can go well at around the 6/1 mark.

Likely favourite Dusart was fifth in the Brown Advisory at Cheltenham and had a hard race on bad ground there so it’s asking a lot for him to go again 17 days later while Sounds Russian’s impressive victories lately have come on soft and heavy ground and a rise of 34lb will ask more of a question here.

I am looking for a bit of value in the Scottish Champion Hurdle and I thought BARRICHELLO may offer us that.

The form of his Warwick win in January looks good now when he gave Good Risk At All 6lb and a neck beating. He made slightly heavy weather of landing odds of 1/6 at Newcastle last time, but he has won four of his last five starts and a mark of 134 may still be quite fair. Brian Hughes will be crowned Champion Jockey again later this month while Donald McCain has saddled 147 winners this season in a resurgent campaign, and they can land their biggest prize of the season so far. 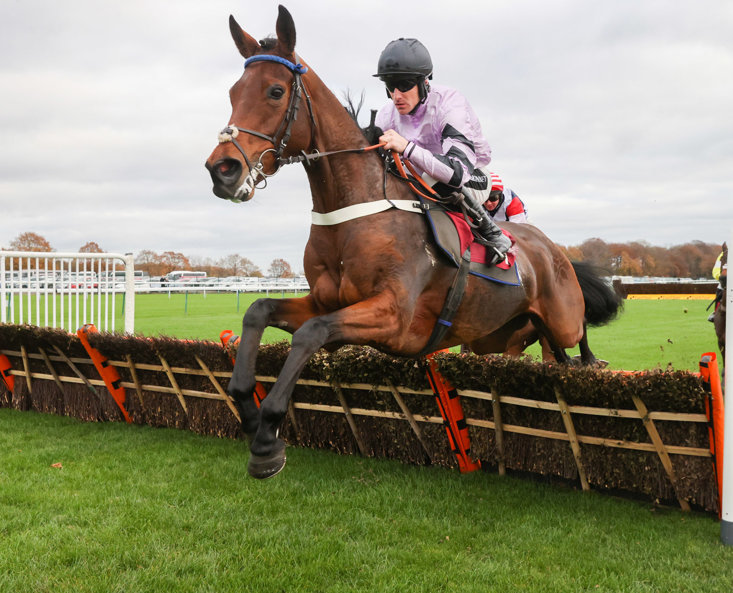 Milkwood beat Anna Bunina in last years renewal and the runner-up is now 13lb better off. Milkwood went on to finish second in the Galway Hurdle while Anna Bunina hasn’t been in the same type of form in three starts this campaign.

Onemorefortheroad could be the main danger after being dropped a pound for his Imperial Cup fourth and will appreciate the return to drying ground while West Cork comes here on the back of a County Hurdle fourth but off his highest ever mark.

The Ayr Gold Cup has been a good race for novice chases in recent times and Alan King saddled Godsmejudge to victory in 2013. He saddles MAJOR DUNDEE in this year’s renewal who looks a likely type to appreciate the marathon trip. He landed his first two chases at Fakenham and Bangor before going down fighting at Newbury last time with a subsequent winner in behind. It is just his fourth start over fences and whilst it’s a small concern his only poor performance came at this meeting last season, he comes here a fresher horse this time as he’d it was a third quick run, and he looks set to run a big race.

I will also throw THE FERRY MASTER into the mix to keep the prize at home. He finished fourth last season and arrives here 5lb lower this time. He had a breathing operation before his prep run at Newcastle last time, a race Ryan Mania says he should have won but hit the front too soon. He escapes a rise in the weights for that though which may serve as a blessing. We know he stays and the better ground will be up his street too. He too can at least hit the frame at a double figure price.

Christian Williams is forging a reputation with his staying handicappers and five weeks ago landed a pair of big prizes within 20 minutes, including a one two at Kempton. His runner-up there Kitty’s Light and his Eider Chase winner Win My Wingshead the market with 7lb claimer Rob James on board the mare. Both will have their supporters while the Irish runners, Stormy Judge and History Of Fashion, who was an early casualty in the Eider Chase, also look set to be major players.