Six races from Newmarket and Haydock feature on ITV4 this afternoon with a brace of Group 1s and the annual cavalry charge of the Cambridgeshire taking centre stage at HQ.

It has already been a good week for Charlie Appleby and his once raced Coroebus has to be taken seriously in the G2 Royal Lodge Stakes after a striking debut success on the July course. The yard’s strike rate on the Rowley Mile is staggering and this son of Dubawi beat Saga by a similar distance to Thursday's G3 winner Modern Games earlier in the season. The runner-up has since scored at Ascot from another subsequent winner, so the form looks very solid.

He is taken on though with MASEKELA whose Denford Stakes success was handsomely advertised when Bayside Boy won the G2 Champagne Stakes at Doncaster ahead of some well-touted juveniles. His only disappointment came at Royal Ascot but his short head second to G1 National Stakes winner Native Trail and Newbury win is the best form on offer and he can take his record to three wins from five starts.

Noble Dynasty looks the obvious pick for an in-form team and under a pilot who has already had a brilliant week, winning on his last three rides. However, he is up 2lb for a Thirsk victory in a race where they finished in a heap. That was just his fourth start though, and was his first run for five months, but he is short enough on that evidence.

Nugget brings some really strong form to the table courtesy of his win in the Spring Cup at Newbury. He beat the now 112 rated Danyah and 103 rated Matthew Flinders there so could be well treated off 101. He ran second in the Thirsk Hunt Cup on the 1st May and hasn’t been seen since. That is a concern but if fully tuned up, he should go well.

Afaak is interesting off a mark 5lb below his Royal Hunt Cup success of 2019 while United Front looks weighted to score soon after running a good second dropped back to this mile trip at Yarmouth.

CRUYFF TURN however beat two of the leading candidates for the Cambridgeshire when scoring at the Ebor meeting at York last month. He was repeatedly hampered at Ayr last week off this 3lb higher mark and is taken to continue his sharp upward curve here for a Tim Easterby team who are looking to cap a scintillating season. 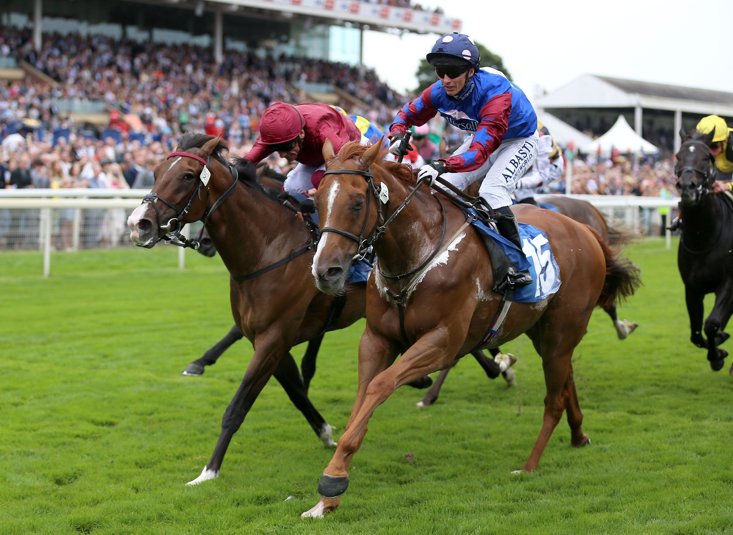 She landed a listed prize just seven days after a winning debut and then followed that with a big pot in a Naas sales race, ahead of Ultramarine, who wasn’t beaten far in the G1 National Stakes, and Ever Given who cleaned up some big prizes at Goodwood and York to give that form a solid look. SACRED BRIDGE then routed some fair rivals in the G3 Round Tower Stakes. She is already a short as 20/1 for next year’s 1000 Guineas but sprinting could be her game and she looks set to score in G1 company.

Sprint handicaps are always difficult to fathom and plenty of these have clashed throughout the season, notably when Mondammej had Copper Knight in second, JAWWAAL back in fourth and Mountain Peak in tenth when winning here on Sprint Cup Day.

I will take Michael Dods’ charge to turn that form around on slightly better terms and come out on top here for a yard firing in the winners and jockey Paul Mulrennan who is operating at a 26% strike rate in the last fortnight.

Both Copper Knight and Mondammej ran below par in the Portland at Doncaster, perhaps a busy campaign and another slight rise in the weights is catching up with that pair while Premier Power only weakened late on at Town Moor and having been dropped another 3lb, maybe the biggest danger to JAWWAAL.

Perfect Power is rightly favourite after winning what beforehand looked the best juvenile race of the season so far, the Prix Morny at Deauville. He flew home there to win, going away with Asymmetric, who set the standard pre-race, back in third. He must have leading claims although the second was beaten in G3 company on Thursday.

Asymmetric won on the July Course before finishing a head second to Gimcrack winner Lusail in the July Stakes. He had Perfect Power behind in the Richmond at Glorious Goodwood but that one had a luckless passage and put that form right in France.

Dr Zempf, Go Bears Go and Castle Star have met each other twice in Ireland. Go Bears Go beat Castle Star and Dr Zempf in the Railway Stakes before the latter turned that form around when chasing home Ebro River in the G1 Phoenix Stakes. Go Bears Go was just denied by Perfect Power at Royal Ascot so all their form ties in closely.

One horse to take seriously though is CATURRA for last year's winning trainer Clive Cox. He finished fast to lower the colours of Armor in the Flying Childers at Doncaster and although his best form appears to be at the minimum trip, he wasn’t seen to best effect making his own running in the Richmond at Goodwood when beaten over three lengths. If he can be produced late for that tremendous burst of speed he showed at Doncaster, he could be overpriced and is an each way play at the prices. 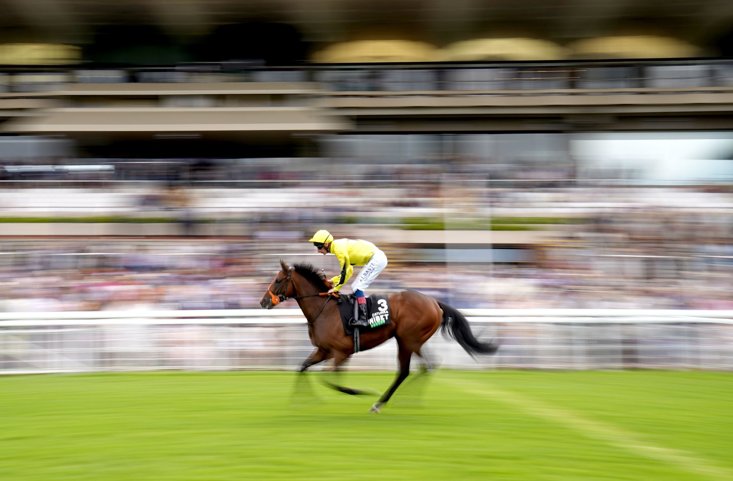 The traditional cavalry charge that is the Cambridgeshire with thirty-five runners stretched across the Rowley Mile makes this a punters puzzle to savour, and I will take two against the field.

First up is the hat-trick seeking ANMAAT for Owen Burrows. He is 2lb well in after just a 4lb penalty for his latest easy win at Doncaster. If the handicapper could, he would give him a couple more pounds for this race, so he already has that in his favour. He has never been out of the frame in his six starts to date, is a lightly raced 3yo like three of the last six winners and has a lovely racing weight of 8-9. There are plenty of positives, including the trip as he has won at a mile and ten furlongs. He is clearly progressive and on early evidence this week, it maybe the stands side is the place to be (drawn 22).

Lots of punters will latch on to Uncle Bryn for John and Thady Gosden, producers of recent similar winners of this race in Lord North and Wissahickon. Uncle Bryn was touted as a potential Derby candidate earlier in the season but had a break after running down the field in the Dante and returned with success at Ascot but unlike ANMAAT, he is 2lb ‘wrong’ under his penalty. The yard is also represented by Magical Morning who won a competitive Sandown handicap on Eclipse Day and was just denied in a similar contest at York last month. He has edged up another couple of pounds but appears to be the choice of Frankie Dettori so will have his supporters.

Just behind him at York in third was Astro King. All his winning has come at a mile and has been well beaten the last twice over ten furlongs, so it remains to be seen if this intermediate nine-furlong trip is ideal. He was second in the Royal Hunt Cup before disappointing in the John Smith’s Cup but bounced back last month but gets no respite from the handicapper for his consistent efforts.

Chichester has been the gamble of the week after hosing up by six lengths at Ayr nine days ago. He too has had a very solid but busy season, placing in the Zetland Gold Cup and winning the Carlisle Bell. He had been soundly beaten though off similar marks before his Ayr rout and I don’t believe he improved that much to win as he did so needs caution. He is 9lb well in officially but even a mark of 91 should see him struggle, let alone 100.

Majestic Dawn won the race last year but returns 10lb higher while the frustrating Fantastic Fox and lightly raced Long Tradition will have their followers. Lucander would have been the third selection as he returns here 3lb lower than when runner-up twelve months ago and returned to form with a close fourth at York last time. He is respected but the other dart goes to DANCE JUPITER.

Joseph O’Brien’s lightly raced 5yo looks to have been targeted at this contest. He had a break after a couple of below par runs in big field handicaps back in the spring but returned with a close second over this trip at Punchestown. His English mark is just 2lb higher than his Irish victory last October so looks well treated and James Doyle has been booked for the ride.