Officially the final day of the flat season is upon us courtesy of Champions Day at Ascot this weekend.

Six races will define the season’s top stars in the relevant disciplines and it looks like we will have the big finale’s best ground for five years since good ground was raced on back in 2016.

Twelve stayers have stood their ground for the longest race of the day.

It will be very different conditions to last year when Trueshan routed his rivals by over seven lengths on very soft ground. This year, it will ride just on the easy side of good as Alan King’s 5yo returns to defend his title. He had Stradivarius four lengths behind at Longchamp a fortnight ago and despite the seven-year-old refusing to lie down, surely his powers are on the wane. He only beat one home here 12 months ago and the form of his wins this season still fall below his efforts in his pomp.

The one to be on is HAMISH, one of nine runners on the card for William Haggas, although none may mean more to him than a victory here as the horse is owned and was bred by his father Brian. A very lightly raced 5yo who has never finished outside the top four, winning half of his eight races to date. He has clearly had problems and has had just two runs in 28 months, but the latest was success in the G3 September Stakes at Kempton, beating subsequent easy winner Hukum by a neck.

A maximum field of 20 sprinters head to post for the shortest race of the day over six furlongs.

Last year’s winner Glen Shiel is back to retain his crown, although his form this season does not inspire confidence and the Archie Watson team may have higher hopes with their 3yo Dragon Symbol.

The selection for the sprint is ART POWER. Six furlongs on easy ground are his ideal conditions and he was only beaten a length into fourth in this race last year. He was a cracking fourth in the July Cup considering he raced alone along the far rail and appreciated the drop in class to scoot five lengths clear at The Curragh three weeks ago. That was some excellent placing by the Tim Easterby yard, who have had an incredible season, capped by Nunthorpe success courtesy of Winter Power. ART POWER flew home to win at last year’s Royal meeting over the minimum trip before a close third in the Diamond Jubilee in this summer. He clearly loves the track and can land the big prize his consistency deserves. 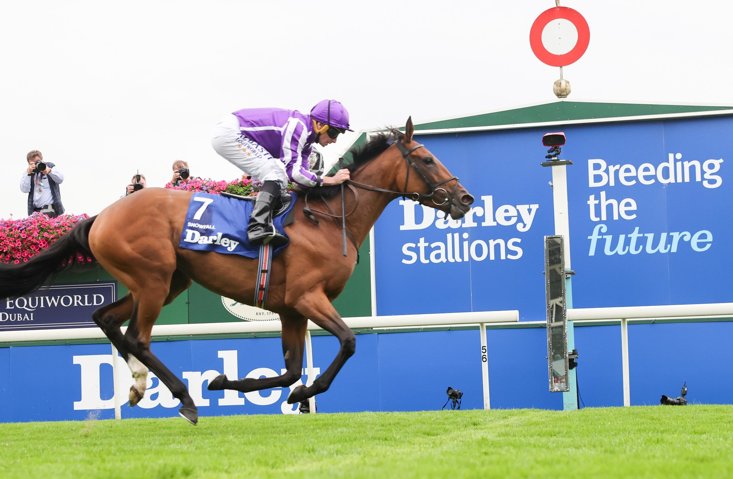 Having been against her for the entire season, I can’t see past SNOWFALL in the Fillies and Mares Stakes.

In all honesty, and with the greatest of respect to the field, this contest needs Snowfall because without her the standard slips a little way short of what is expected on this day. SNOWFALL has 10lbs in hand of her nearest rival, Albaflora, to whom she also receives 6lb and was four lengths behind the dual classic heroine in the Yorkshire Oaks.

A race for the ages with eight group 1 winners among the 10-strong field. Only Njord (Balmoral winner last year) and Master Of The Seas (2000 Guineas runner-up) are yet to score at the highest level.

Many people will see this as a match between Palace Pier and BAAEED, who have won 14 of their 15 races combined. Palace Pier’s only defeat came in this race last year on deep ground and, after three runs in three months to start this campaign, has been seen just once since when he held the 2000 Guineas winner and runaway Royal Ascot scorer winner Poetic Flare in the G1 Prix Jacques Le Marois at Deuville in August.

BAAEED made his racecourse appearance at Leicester on 7 June and just 12 days later won by seven lengths under a penalty at Newmarket that had everyone purring. He then saw off solid yardstick Maximal, who had some collateral form with classic contenders, before seeing off Group 3 opposition at Glorious Goodwood by an easy six lengths. It’s his laid-back style and turn of foot that marks him out as special and although that wasn’t in evidence at Longchamp in the Prix Du Moulin, his first G1 assignment, he still won by over a length form a Breeders’ Cup winner. This is his ultimate test and just 1lb separates these top two in the market. 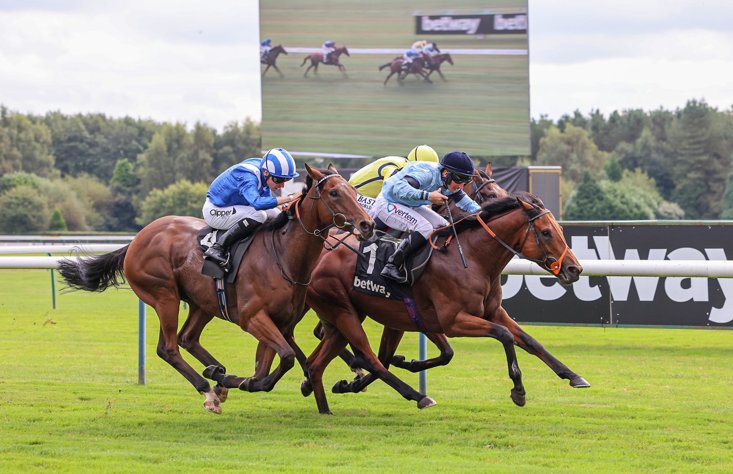 It’s a rematch between Adayar and Mishriff from their King George V and Queen Elizabeth Stakes meeting here in July over two furlongs further. Derby winner Adayar got the verdict that day by almost two lengths and has since gone on to finish a front running fourth in the Arc de Triomphe. Mishriff, meanwhilem is 7lb better off and has crushed the opposition at York in the Juddmonte International Stakes.

The French have a good record in this having won the inaugural running in 2011 with Cirrus Des Aigles and in 2016 with Almanzor, before Skalletti finished second last year. This year they rely on SEALIWAY, who looks to be the forgotten horse. He ran away with the G1 Jean Luc Lagardere on Arc weekend last year before heading to America and finishing fifth in the Breeders’ Cup. It was an early start to his 2021 season when taking in the French Guineas (beaten three lengths by St Mark’s Basilica) and French Derby (beaten 1¾ lengths by St Mark’s Basilica), form that leaves him closely matched with Mishriff and Addeybb. After a mid-season break, he returned two weeks ago with an eye-catching fifth in the Arc de Triomphe, just one place behind Adayar. Having been held up and wide throughout, he was still on the bridle turning for home and was last to be ridden. Suspect stamina and a lack of a recent run perhaps took its toll in the closing stages but he did best of these held up out the back and at a double figure price dropped back in trip, he rates a big player each way.

Once all the group racing is done and dusted, the £200,000 20-runner Balmoral Handicap ends the card and provides a traditional Ascot punters puzzle.

The market suggests it may not be too difficult to fathom in making Sunray Major, the mount of Frankie Dettori, a half-brother to Kingman and one of three in the race for John and Thady Gosden, around the 5/2 favourite. He easily won a seven-furlong contest over the track a fortnight ago and is 1lb well in under a penalty on just his fifth start, so, with improvement to come, many people will judge him as a good thing.

The race is full of usual Ascot straight course specialists but let’s find a couple of prices who should give you a run for your money.

First up is NUGGET for Richard Hannon and Ryan Moore. He had an early start to his 4yo season when third at Nottingham and then won the Spring Cup at Newbury before a close second in the Thirsk Hunt Cup.

The second selection goes to KENZAI WARRIOR for Roger Teal and Hollie Doyle. He ran in the 2000 Guineas last year after an unbeaten 2yo campaign, but his career unravelled somewhat. Only ninth in that classic was followed by a poor run at Royal Ascot and two well-beaten runs at Newmarket at the back end. After pulling up at Newbury in May, connections did some investigating and found he was suffering from “inner pressure” on a bone that has been relieved, and he showed the benefit of that when winning at Kempton. Although 4lb ‘wrong’ under his penalty, if his issues are behind him, he could have plenty of mileage in his mark and is one to keep onside.