An awesome weekend of racing awaits, and it can be enjoyed alongside a bumper weekend of Betfred Super League, Championship and League 1 rugby league as well as the international football schedule.

The jumps really kick into gear at Chepstow this Saturday while it’s group races galore at Newmarket and competitive contests as always on the Knavesmire at York with the ITV cameras concentrating on the flat action.

Stamina is the requirement for the juveniles over 10 furlongs in this Group 3.

The boys in blue of Godolphin may be the men to follow this weekend, and they saddle two at the head of the market. Goldspur was withdrawn when reluctant to load at Epsom recently but bolted up on debut at Sandown. However, I will stick with the 2.1m guineas purchase HAFIT. He was easy on the eye when scoring on the July course, and although beaten last time he couldn’t reel in the very useful front-running Triple Time at Haydock, time could prove that solid form, and he can get back to winning ways and make it two from three.

There are so many competitive races at York this weekend and the Rockingham for the 2yo’s is no exception.

Hellomydarlin has had some tough tasks this year and ran a good third here under top weight in August. She is respected, but a chance is taken though with a maiden in the shape of WITCH HUNTER, one of two runners for Richard Hannon. He was made favourite for a Newbury maiden last month when a close second and then was a close third behind subsequent winner Ribhi at Salisbury. A maiden should be easy pickings, so it is interesting connections tackle this listed contest instead.

He will be short, but COROEBUS must be the day’s banker.

There is still disbelief that he didn’t win the Royal Lodge two weeks ago after bursting clear two out. It was greenness, not a lack of stamina that found him out and he has been compared favourably to Native Trail, the yard’s Group One winner and odds-on favourite for the Dewhurst a little later in the afternoon. COROEBUS would have had a 5lb penalty if winning that contest and was nicely clear of some good juveniles back in the pack. He should take the world of beating. 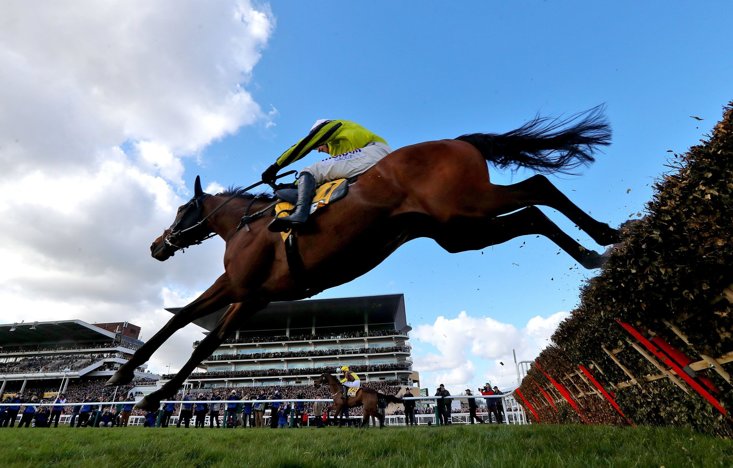 The selection has Imperial Fighter covered on a line through Royal Patronage and a bigger danger maybe Dubai Poet. He was an easy winner on his second start at Newbury and a step up to a mile should bring out more improvement, although lowering COROEBUS’ colours may be beyond him.

It is good to see the impressive London Gold Cup winner Bay Bridge back on track here. He was an easy four-length winner of what is typically one of the strongest 3yo handicaps of the season. He looked there like group races were his future, but he returns here 15lb higher and off a five-month break since that effort in the middle of May.

He is taken on with FAISAL, the mount of Hollie Doyle. FAISAL lost his unbeaten record when sent off the 6/4f at Doncaster recently, but  he was trying to give 10lb to Cambridgeshire gamble and runner-up Anmaat. In the circumstances it was a top effort and he can resume winning ways. A mark of 99 may still underestimate him after just four starts.

The Group 1 Dewhurst Stakes usually provides the winter favourite for next year’s 2000 Guineas, and in Native Trail we already have that classic market leader before we enter the contest.

He is odds-on to win after a runaway success in Ireland a month ago where he beat the best Irish juvenile in Point Lonsdale to mark him down as a serious colt. He should take the world of beating and could easily complete a juvenile hat-trick on the day for Charlie Appleby and William Buick, but on a line through Masekela on his July effort, he has little in hand of BAYSIDE BOY.

There is no doubt the favourite as improved since the summer, but so has Roger Varian’s colt. After an impressive debut success, he went back to Newbury and really should have won, showing greenness when just denied by Masekela, who had the rail to help. He was beaten a head; the same distance Native Trail beat the same rival in July. BAYSIDE BOY then pounced late to take the Champagne Stakes at Doncaster, beating Reach For The Moon, who himself had shown good form. There was no fluke about it and this 200,000 Guineas buy, a half-brother to G3 winner Forest Ranger, will improve again for the stiffer seven furlongs and will be bang there at the end. At around 5/1, he is solid material to hit the frame, a free each way bet as I like to say. 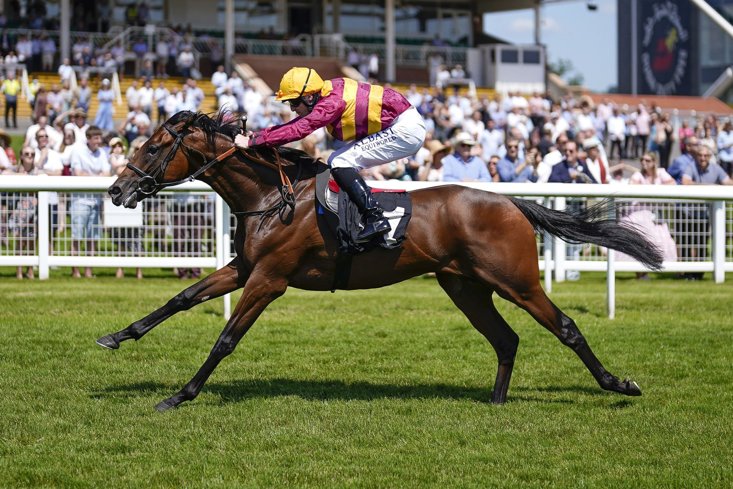 Twenty-two sprinters hurtling down the straight six furlongs at York it’s a sight to behold, but it’s a tricky puzzle to solve.

The first selection is the bottom weight LAUGH A MINUTE for man of the moment Ado McGuinness. Fresh from landing his maiden Group 1 success at Longchamp last weekend, the Irish handler can take another decent sprint prize with this 6yo. Formerly trained by Roger Varian, he had some very good form and has just started to rediscover it in Ireland.

There are plenty of regulars and old favourites, but the second pick goes to one of the five 3yos in the line-up, Richard Fahey’s STRIKE RED. He was a soft ground winner at Pontefract last year and wasn’t beaten far by the useful Bickerstaffe at Ascot last Friday. The winner had the benefit of the rail there and Billy Garrity claims 3lb, taking off the 2lb rise he has been given.

The Cesarewitch is one of the most competitive handicaps of the season where they famously start in one county and end in another, Suffolk to Cambridgeshire for those that are asking.

The place to start is with Willie Mullins, who has won the last three renewals (only one with the favourite) and saddles six this time around, including Great White Shark. She is joined by likely market leader M C Muldoon (the mount of Ryan Moore), Triumph Hurdle winner BURNING VICTORY, Foveros, Whiskey Sour and Micro Manage.

BURNING VICTORY is the one that interests me most of the Closutton sextet. She is very lightly raced and was group class on the flat in her native France before switching for a hurdling career. She had a long layoff after winning the Triumph Hurdle (albeit fortunately after the final flight tumble of Goshen) but still retains ability judged on her Galway Plate seventh and warmed up for this with a victory at Deauville six weeks ago.

It’s a big weekend for Paul Nicholls as he takes the wraps off some of his jumping stars at Chepstow and Newton Abbot, but the biggest pot could be claimed here with SCARAMANGA under Jim Crowley. He has won twice at Newbury this season, the latest of those a well backed victory in July where he was getting 4lb from Rodrigo Diaz. He has locked horns subsequently with Hukum and Stardivarius in group contests so a 7lb rise looks fair. He can be forgiven his run at York where was up with the pace and was taken on for most of the journey, kicking for home a long way out. He was only beaten seven lengths though and can be seen to better effect here.