Horse Racing
News
Betfred's Matt Hulmes breaks down the eight races in front of the ITV cameras this Saturday
Matt Hulmes
18:13, 28 May 2021

There is a bit of a lull in proceedings in the racing world ahead of the Oaks and the Derby next weekend but there is still some group race action and winners to be found in eight races in front of the ITV cameras this Saturday spread across Haydock, Beverley, and Chester.

The weather appears to have turned but times on Thursday suggested Haydock was still very much on the soft side and I doubt it will be better than good to soft come Saturday afternoon with overcast conditions forecast.

A soft ground six-furlong handicap gets us underway on Merseyside. Plenty of these hardy campaigners will handle the conditions including TRUE MASON for Phillip Makin. He has only won once in 24 starts (bear with me) and that was on firm ground, but he is by a predominantly soft ground sire in Mayson and has run some solid races with cut in the ground, including at group level as a juvenile for Karl Burke.

He switched yards last summer and his best effort then came on soft at Pontefract when a close fifth, beaten by less than two lengths. He also looked like his turn was near when a close third at Doncaster two weeks ago and has been dropped another pound. Although it was three years ago, he was third in a group 2 and second in a group 3 as a juvenile and looks very tempting here off a mark of 77 for a yard who have finally found a little bit of form this week.

The Hilary Needler is a sprint for 2yo fillies and could be a stepping stone to the Queen Mary or Albany Stakes at Royal Ascot. Eleven runners are set to go to post including three newcomers in Jazzy Princess, Jilly Cooper and Tiare who all need to be watched in the market.

I was really taken with HESTER PRYNNE’S debut at the track when she learnt very quickly as the race progressed to be well on top and going away at the line, her strongest part of the race. With normal improvement from that experience, she would be very hard to beat but the drawback is her wide draw in stall 10. She still gets the vote tough as arguably one of her key rivals is Lady Ayresome and she is next door in 11 for Kevin Ryan and Kevin Stott. She clearly learnt from her debut experience to win at the track five weeks ago (subsequent winner in second) and makes the shortlist, as does May Blossom. She won at a similarly stiff track in Pontefract and despite contesting listed class at York two weeks ago, you would have hoped for a better effort than a well beaten eleventh.

An absolute scorching gallop will be set here despite the testing conditions. Glamorous Anna, El Astronaute and Ornate will all be out and running on the ‘B’ of the bang from the gates and it could set it up for a closer.

MOSS GILL is starting to prove frustrating, but it is hard to forget his Nunthorpe third last year or the fact he has two good wins on soft ground to his name. It looked like he could go to the top of the sprinting tree after a successful 3yo career, but it stalled a little for most of last season aside from that effort at York in August. 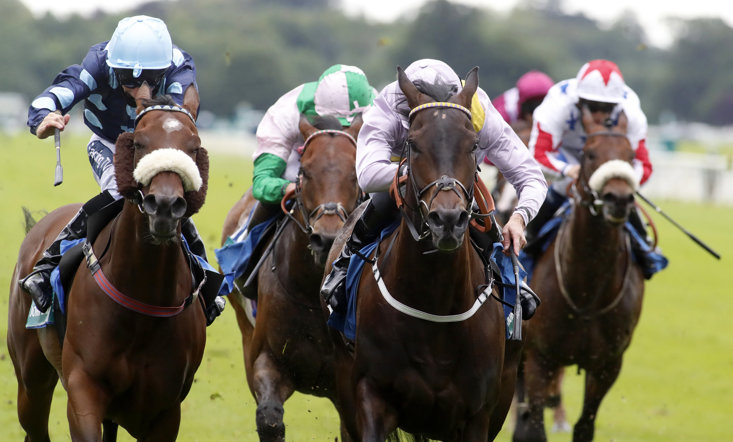 He can be forgiven for his run at Meydan over six furlongs as he is all about speed and his record under PJ McDonald reads 22119142. He will get the ideal tow into the contest and can start his season in the best way.

The 2.40 Chester is a competitive handicap run over just shy of a mile and incorporates a whole circuit of the tightest racetrack in the land. There is a furlong run to the first bend but even so a low draw is still a huge help and a wide berth is a hindrance.

EJTILAAB ran as well as can be expected at The May meeting considering he was drawn out in the car park in stall 10, fading in the final 100 yards having used a lot of energy to get a competitive pitch. He has the plum draw in stall one this weekend and the services of Richard Kingscote who may try to lead or can certainly get a much handier position. He led when a fair third a Musselburgh two starts ago, with last Saturday’s scorer Molls Memory just behind. He is a bit higher in the handicap now, 7lb higher in fact than when second at the course in September but is lightly raced for a 5yo and can make his presence felt.

The Group three Pinnacle Stakes looks an ideal opportunity for ORIENTAL MYSTIQUE to get back to winning ways. She only has an all-weather novice success on her CV but has been campaigned exclusively in pattern company since, including second in group two company at Longchamp last season. She has soft ground form and her dam, Madame Chiang, was at her best with a cut in the ground.

She was a Musidora and a Champion Fillies & Mares Stakes winner so Oriental Mystique is bred to be useful. It was an encouraging return to action when a close third at Goodwood behind owner mate Alpinista (non-runner here) and Makawee who has run well subsequently at York last Saturday.

Cabaletta looks the likeliest danger. Although third in group two company at York, she was beaten over twelve lengths and its interesting connections reach for the blinkers for the first time. She was a heavy ground winner as a juvenile but her subsequent three efforts on soft ground have seen her beaten by an aggregate of 68 lengths.

Only six colts go to post for this juvenile sprint conditions contest.

Tipperary Sunset beat RYAN’S PARTY at Hamilton by a length so it is interesting Kevin Ryan decides to have another crack on 4lb better terms. He chased the winner all the way to the line and was sent off 6/4f on that debut effort and he is taken to turn the form around and see off the rest.

That includes an interesting newcomer from Richard Fahey in Straits Of Moyle, who is by the 2016 winner of this race Prince Of Lir, who went on to Royal Ascot success as a young speedball and has proved a producer of precocious types in his young breeding career. The heavy ground is a concern for him though.

Of the other three winners in the race, I would just side with Robjon who was a fair third at York last Saturday under a penalty on soft ground. I am not convinced about exactly what Mercurial beat at Chester last time while The Gatekeeper was well held at Newbury a fortnight ago on good to soft ground and his two previous efforts came on a quicker surface, so the ground is also a question mark for him.

Sometimes this game makes us look silly when looking for angles into a race when the obvious stares us straight in the face. That is why it would be folly to oppose SAFE VOYAGE here. 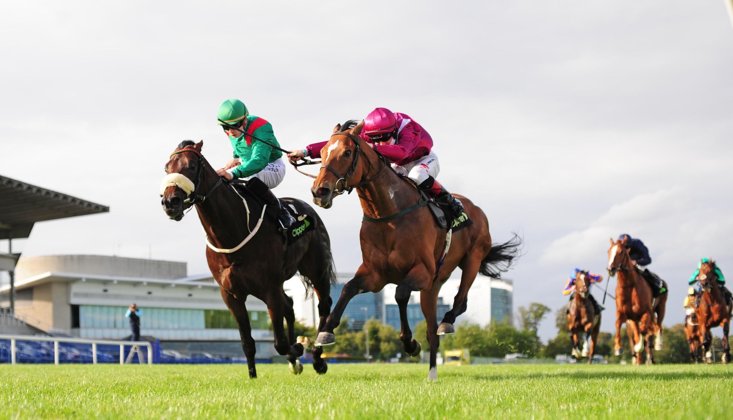 He is a bona fide seven-furlong Haydock specialist with form figures over course and distance of 11112, the second was a neck beating by Group 1 winner Space Blues. He is a dual Group 2 winner, finished third and fourth in two runnings of the Prix De La Foret at Longchamp, won at the Galway Festival and even taken in a trip to the Breeders’ Cup.

He was a winner over a mile on Champion’s Weekend in Ireland last year too. He has a 5lb penalty for that Leopardstown success but is a solid top notch performer who will come on plenty for his return in the Lockinge.

He has upwards of 5lb in hand on the field with regular seven-furlong group contender Glorious Journey next in on figures. He was a close fourth on his last start in Saudi Arabia (behind Space Blues) but has blotted his copybook on too many occasions to trust.

With Thanks is the dark horse of the race and the main danger as there is no knowing how good she may be after just five starts. Her latest effort was a romp in Group three company over in Ireland in November. She has been kept to heavy ground on four of her runs, winning three and was very progressive last year.

All eyes will be on the three-year-old Sibaaq here for Mark Johnston and Ben Curtis who is two from two at Beverley, has some soft ground form (not on heavy) and a valuable 11lb weight for age allowance. It looks the ideal opportunity, but his last win was on quick ground for which he has been put up 4lb and he is quite skinny at less than 2/1 with some seasoned campaigners lining up.

Richard Fahey has two chances with the back to form Gallipoli and the well-handicapped Duesenberg (placed on heavy) but I will chance GIVE IT SOME TEDDY for Tim Easterby. He has twice won off this mark off 77 (has won off as high as 81) and has a heavy ground success to his name plus it looked like his turn was near when a running on fourth, beaten just half a length, at Carlisle twelve days ago.

Waarif is becoming attractively weighted but has not looked like troubling the judge on his three starts in this campaign while similar sentiments apply to Muntadab. Watch the market for that pair.

It is also worth mentioning Herculean on first start for Derek Shaw. An impressive Ascot debut win in the Juddmonte silks had him down as a potential star as a juvenile but it has not worked out. He ran well on debut for Stuart Williams last July and perhaps off the back of a break is the time to catch him. He returns here very well-treated on his first start for 94 days. Again, a market watch is advised.

Selection: GIVE IT SOME TEDDY