Just six juveniles go to post for the Listed Denford Stakes and I like the claims of course and distance debut winner BAYSIDE BOY for Roger Varian. He quickened up in the style of a good horse after being green early and looks to have a big future with that powerful performance. He came clear from a long odds-on favourite who had been a close second to subsequent Group 2 winner Lusail at HQ, so the form looks excellent. Another unbeaten contender after just one start is Ralph Becketts Seattle King, who also won nicely on debut at Salisbury, going better at the end than any other stage and will have learnt a lot.

The best form in the race comes from likely favourite Masekela, who put his Royal Ascot fifth behind him when second in the G2 Superlative Stakes. That form may be questionable though and I think BAYSIDE BOY can improve past him.

Another small field for this staying handicap with just seven runners heading to post, but all are in with chances.

Goolwa and Midrarr are recent all-weather winners looking to take their form back onto turf. Goolwa, who gets a handy 11lb weight for age allowance, beat useful yardstick Hyanna at Kempton a fortnight ago and is the ride of red-hot David Probert who rode EIGHT winners at Ffos Las over two days earlier in the week. Midrarr won snugly at Wolves on Tuesday and reappears quickly before the handicappers reassess him. It’s fair to say he looks to have a few pounds in hand at present if the quick turnaround doesn’t count against him.

A chance is taken with top bumper performer EILEENDOVER for Pam Sly. She took the winter scene by storm when landing a hat-trick of bumpers by wide margins and was sent off just Evens for the big Aintree Mares bumper at the Grand National meeting. She is flat bred and connections shied away from a jumping career to focus on the level. She hasn’t quite matched expectations yet but is up in trip on handicap debut and hasn’t been disgraced at listed level the last twice. 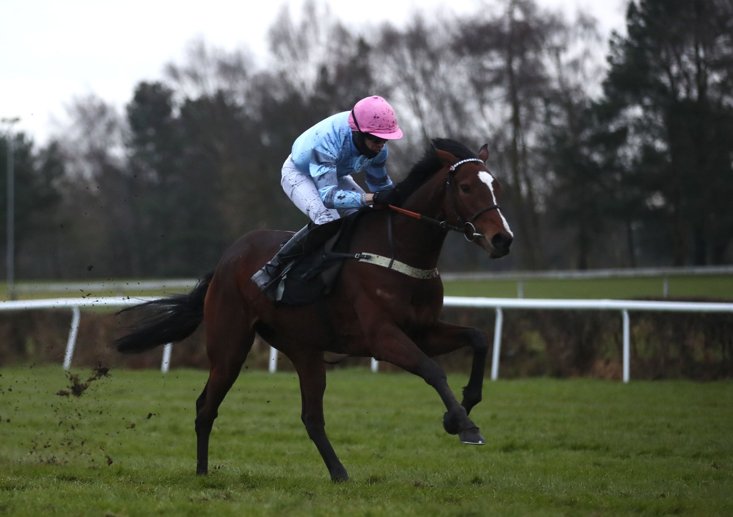 It is hard to look beyond the favourite HUKUM for the G3 Geoffrey Freer Stakes. He landed the contest last year and this is arguably a weaker renewal and his form is even stronger.

HUKUM followed last year’s win with a fine fifth in the St Leger and his two victories this season, at Goodwood and York, sandwiched an excellent third in the Hardwicke Stakes at Royal Ascot behind subsequent Group 1 winner Broome and leading Arc contender Wonderful Tonight. He is classy enough to give weight all around with upwards of 8lb in hand on official figures.

Three-year-olds have won three of the last four renewals and this year’s sole representative, Recovery Run, needs to improve plenty on his two placed efforts in handicaps at Glorious Goodwood and Royal Ascot.

Bigger dangers will come from Hugo Palmer’s Golden Pass, who is a smart filly progressing with racing and did it nicely at Listed level at Newmarket four weeks ago, and old favourite Red Verdon.

The Grey Horse Handicap, run solely for grey horses. A fantastic sight with 10 of nature’s finest coloured beasts heading down the July Course at Newmarket.

MY STYLE won last year’s race after finishing third in 2019 and returns just 2lb higher for a repeat victory. His form on this course reads 3142, and although the Eve Johnson Houghton team could be in slightly better form, the 5yo will have been targeted at this race for sure and he will be hard to keep out of the frame.

He will bid to emulate Case Key as a dual winner of the race. Mick Appleby’s runner won this contest in 2017 and 2019 and while he is 1lb lower than his win four years ago, he’s 6lb higher than two years back. The 8yo does arrive on the back of a Nottingham success a month ago for which he got a 7lb rise and has the services of Luke Morris, who is full of confidence after a group 1 success in Germany last Sunday.

A seven-furlong handicap with a pair of improving three-year-olds heading the market.

Aratus is lightly raced, having just his fourth start and arriving on the back of a Doncaster demolition job. He easily won after being keen there three weeks ago, and while he may not have beaten much, it was the taking manner. His Kempton maiden win form last season also looks good form now but a mark of 94 won’t be easy to overcome though he is exciting.

I will just side with hat-trick seeking SUNSET BAY, who has a course and distance success to her name and followed that up by winning easily at Sandown. the result there was never in doubt and although another 9lb rise asks more of her, she looks more than capable of defying it. She looks to be a rapidly improving filly and could well be up to pattern company before the season is out. 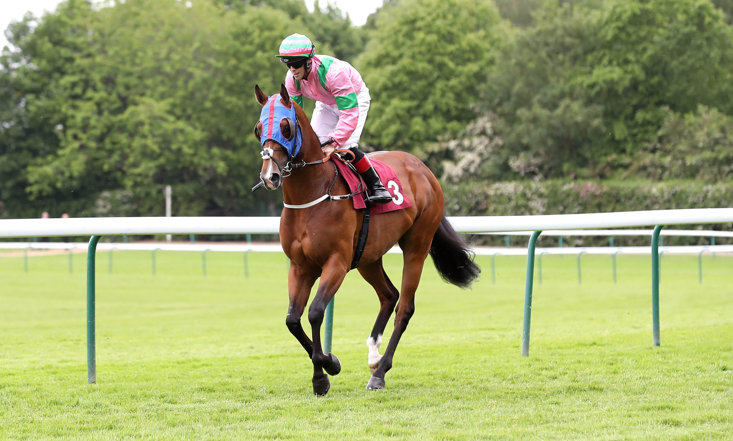 Tim Easterby likes to target this meeting, especially the Great St Wilfrid, and it looks as though he fancies taking the consolation too with four declared here for the Silver Trophy with a pair on either side of the track.

Bossipop, only fifth over course and distance last time, and True Blue Moon, who is 1lb below his last win in May and has run largely at seven furlongs since, are both drawn high. From a low draw Danzan, who was a good second at York back in May and has largely kept his form well, and Flying Pursuit, a regular in all the northern sprint handicaps, represent the handler.

With 20 runners and extra places, I will take two against the field and they are drawn next door to each other.

MARK’S CHOICE is a four-time course winner and arrives here 2lb lower than the most recent of those in April. Handling this track with its unique ridges is a big positive and he ran well twice here subsequently this season.

The other is TRUE MASON for Phillip Makin. He likes to get his toe in and, while the drying ground isn’t ideal, his form has been quite solid of late. He was a good fourth to Punchbowl Flyer at Haydock two starts ago and wasn’t far behind some of these at York last time in a race won by subsequent Windsor winner Capote’s Dream.

The feature race of the day is the Group 2 Hungerford Stakes over the specialist trip of seven furlongs. This race has been won by some real stalwarts of this intermediate trip, those that just lack the toe for sprinting, and are stretched by the mile trip.

Jim Crowley rides International Stakes winner Danyah, who finally hit the target after plenty of near-misses in handicap company. This is a step up though, while Dane O’Neill, number two jockey to Shadwell, rides dual Bunbury Cup winner Motakhayyel. He has struggled up in group company previously, so maybe the pink capped third string, LANEQASH is the way to play. Ray Dawson gave up a long book of rides at Newbury to ride this 3yo, who was unlucky to be beaten by subsequent Royal Lodge winner New Mandate at Doncaster last September. He can be forgiven his run here at Newbury in October on bottomless ground and could be the forgotten horse of the field.

Tim Easterby saddles SIX runners in this year’s renewal of the Great St Wilfrid in a bid for a third win in five years, with last year’s winner Staxton back to spearhead his team off a 4lb higher mark. Staxton will bid to enhance an excellent course record that reads 235111.

Easterby’s best chance, though, may lie with LAMPANG. He looked a real good juvenile but injuries have held him back. He has had a better run of things this season, beating subsequent winner Rathbone at Hamilton in June and finished mid-pack in both the Stewards Cup and Wokingham. He is flying lower here and was very impressive in his only try at the track as a 2yo. He is drawn right on the far side in stall 2 and should go well.

I will take a chance on the consistent GALE FORCE MAYA to hit the frame at a decent price for Michael Dods, who won the 2019 renewal. She has been third in three of her last five starts, all off this same mark. She was just worn down here 12 days ago on her first try at the track and the drying ground will be in her favour.