A fantastic weekend of racing on both sides of the English Channel with Arc weekend taking centre stage at Paris Longchamp, while the Group 1 Sun Chariot is the highlight at HQ. Redcar have their big day too with the Two-Year-Old Trophy their feature and Ascot hosts a competitive card of group action and the day’s big betting race, the Challenge Cup.

A wide open fillies’ handicap kicks off proceedings on ITV4 at HQ.

The selection goes to STATE OCCASION who is 1lb better off with Ensemble for their Lingfield meeting but chased home Don’t Tell Claire at Ascot subsequently and she went on to be a fair fifth in Listed company since. That form looks solid, and she should be involved at the finish.

Blink and you’ll miss the Listed Rous stakes over the flying five furlongs.

Hurricane Ivor has had an incredible first season with William Haggas, winning the Portland Handicap and the Dubai World Trophy a fortnight ago. He finished one length ahead of TIS MARVELLOUS there but Clive Cox’s 7yo is 2lb better off for a length defeat and he returns to his beloved Ascot, where he landed the Shergar Cup Dash back in August. In fact, his course and distance form figures read 1144431 and he is significantly better off with Significantly and Hurricane Ivor for one of those fourth place finishes here in July.

A large field of 30 for the big money sales race at 2.20 but it is always a field of quantity over quality as plenty of owners look to land a slice of the £150,000 pot with payment down to tenth place.

I will take a chance on the once raced STUBBLE FIELD. He was sent off a massive 80/1 on debut at Ascot but gave the short priced most to think about and got to within a neck. He puled four lengths clear of the remainder that has included two subsequent winners who were back in fourth and fifth. She is related to juvenile winners and gets weight off the entire field with just 8-2 on her back 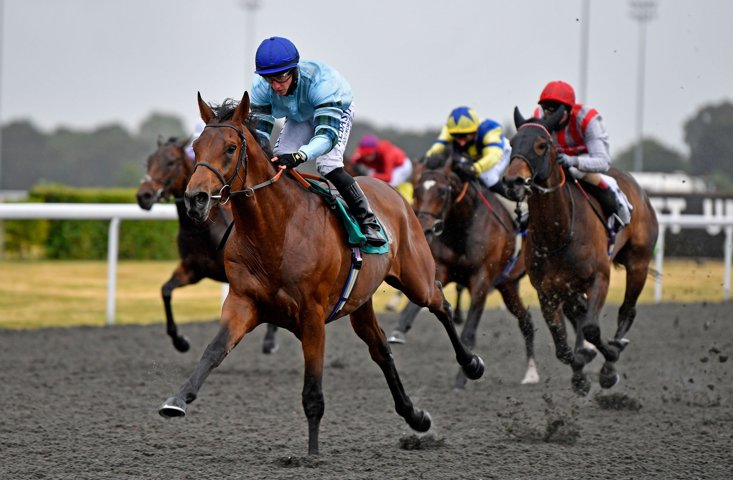 A cracking renewal of the Group 3 Cumberland Lodge Stakes. I will take a chance though with QUICKTHORN. He ran a blinder to be second in the Ebor and followed that up with a simple success at Salisbury in a conditions contest, giving weight away to the useful Berkshire Rocco. His Ebor conqueror has gone on to win a Group 1 so the form couldn’t be any stronger and he won over the course and distance at the Royal meeting in June.

A stellar renewal of the Group 1 Sun Chariot Stakes with thirteen high class fillies heading to post. Three-year-olds landed this contest in 2016, 2017 and 2018 before the older horses held sway for the last two years, but I expect the classic generation to restore order this year.

Lavender’s Blue looks the best of the older horse’s courtesy of her beating of Benbatl at Goodwood five weeks ago. He scored in Group 2 company last week to frank the form, but this is her third tilt at this race and was fourth as a 3yo back in 2019 before well beaten last year.

Just a length behind Mother Earth in the Guineas here was SAFFRON BEACH and I’m siding with her to turn the form around and take this contest. Her form on the Rowley Mile reads 1122 and she can be excused from her efforts in the Oaks and the Falmouth Stakes on the July Course. She bounced back to form when hammering her rivals at Sandown in the G3 Atalanta Stakes and all ground comes alike to her. At around 7/1, I think she makes cracking each way appeal with William Buick on board for the first time.

A good field of sprinters line up for the Group Three Bengough Stakes, headed by the Ayr Gold Cup 1-2, Bielsa and Great Ambassador.

Bielsa had a solo up the stands side in Scotland and must confirm that form on 8lb worse terms. That may prove difficult as Ed Walkers charge is a progressive 4yo who looks well worth his pace in group company.

Glen Shiel returns to the scene of his greatest triumph, last year's Champions Sprint success, but he hasn’t really fired this season at the top level but will have his conditions for this drop down in class with Paul Mulrennan replacing his usual pilot Hollie Doyle who is serving a suspension.

DILIGENT HARRY has never been out the frame in six starts and was a close second at Newbury in his turf debut at this level last time. Clive Cox has an excellent record with sprinters and with All-weather form translating to this track well, he could be the one to be with in this. 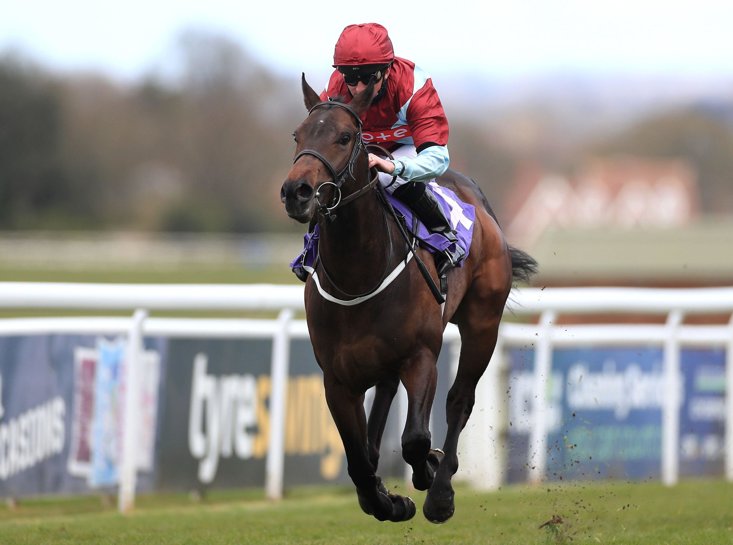 The Two-year-old Trophy is Redcar’s biggest race day but just fifteen juveniles line up this year.

This can go to VINTAGE CLARETS for Richard Fahey. The Musley Bank handler has landed two of the last four running’s and this one was placed in the Coventry at Royal Ascot back in June. He also ran in the Super Sprint at Newbury to finish sixth before running as well as expected in the Gimcrack then at Ayr last time. A return to six furlongs will suit and he gets 6lb off Chipotle despite being rated just a 1lb inferior.

The ground will be very soft by time this contest comes round. A chance is given to PIERRE LAPIN, coming from Ireland for the shrewd Ado McGuinness. He looked to have the world at his feet as a 2yo and was sent off favourite for last year’s Commonwealth Cup. Its fair to say he hasn’t set the world alight since but has run well on two occasions since switching to Ireland from Roger Varian’s yard.

He is a half brother to Harry Angel who was a Group 1 winner on heavy ground which gives hope he can handle conditions and this maybe a sighter for the big prize here in two weeks’ time.

Day one of the Arc meeting will probably run on ground a shade on the soft side before the real deluge comes after racing ahead of Sunday's all star card.

Manobo should take plenty of beating in the opener but will be short. He beat Mojo Star on debut and won by ten lengths on his latest start in France for Charlie Appleby, while the main danger looks to be his stablemate Kemari.

The Revenant should take the beating in his quest for a second Prix. Daniel Wildenstein is back on his favoured soft surface, although this is a tougher renewal and will put him spot on for another trip to Ascot for the QEII in a fortnight.

Another horse who has a tough task to retain their title is Princess Zoe in the Prix Du Cadran. Ultimately impressive here last year, she must take on Stradivarius and Trueshan this time in slightly less attritional conditions. Bubble Smart is an each way alternative against the big three in the 2m 4f group 1.

Joie De Soir and Valia fought out the places behind the Arc bound Raabihah at Deauville and look the two to focus on in the Prix Royallieu while Frankie Dettori can sign off with a winner courtesy of Sovereign Stakes winner Megallan in the Prix Dollar at 4pm.