Trials Day at Cheltenham is the final meeting at Prestbury Park ahead of the Festival with plenty of runners looking to book their ticket for March.

There is also some cracking racing at Doncaster in front of the ITV camera this weekend to look forward to.

It wouldn’t be my usual MO to put up short priced favourites as I much prefer a working man’s price before parting with our hard earned, but three short ones all look to have solid credentials which cumulatively works out at around 100/30 and have just ten rivals to beat combined.

First up at 1:35 Doncaster* is THIRD TIME LUCKI for the Skeltons. The 7yo flew around Cheltenham twice in the Autumn before being far too free and finding Sandown too tough in December when well held. His exuberant style should be fine at a flat Doncaster while the declaration of For Pleasure, who is a genuine front runner, should help him to settle better.

There is little to choose between the selection and Do Your Job on hurdles form and the latter got closer to Edwardstone at Kempton than THIRD TIME LUCKI did at Sandown. The Skeltons though are back in the winners’ enclosure with regularity with ten winners in the last fortnight at a 22% strike rate. Despite giving weight away, he still has 5lb in hand and can book his ticket to the Arkle at the expense of just two rivals. 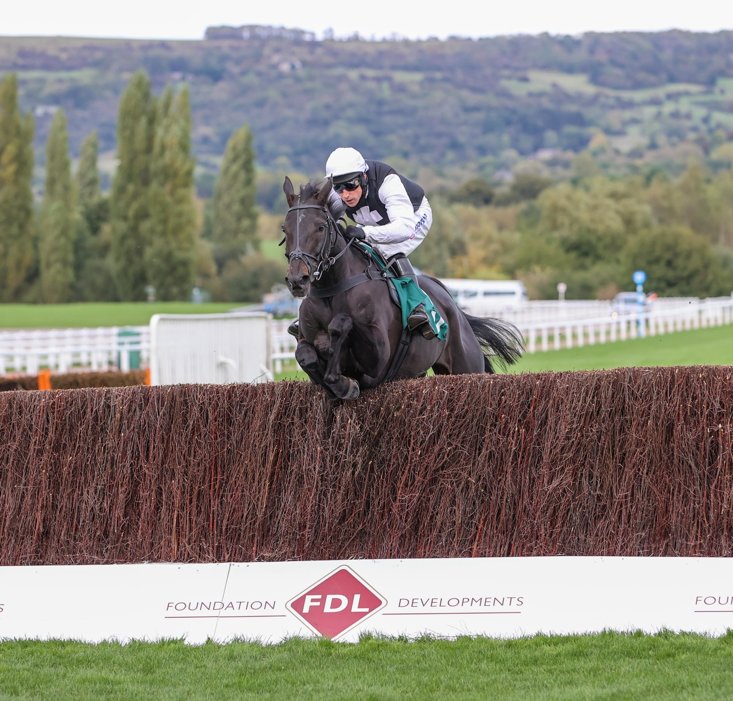 The second leg is MIRANDA in the Yorkshire Rose Mares’ Hurdle in a field of just five runners. She won a tougher renewal last season against a pair of mares in the 140’s bracket and only Western Victory can boast that this year. Miranda won comfortably before finishing fifth in the Imperial Cup. She returned with a fine second to last weekend's Ascot score Molly Olly Wishes at Wetherby in October and did very well to win at Ludlow after giving up about 12 lengths at the start.

She just got up by a nose but was giving 18lb to a subsequent winner and should take all the beating here. Anna Bunina will come on a bundle for her seasonal reappearance when she was notably weak in the market and was second in a Scottish Champion Hurdle while Western Victory should be seen to better effect than when weakening quickly over three miles at Ascot last Saturday.

The third and final leg is CHAMP in the Cleeve Hurdle in a race where the favourite has won six of the last ten renewals. I thought he was sensational at Ascot on his first start since pulling up in the Gold Cup in March. He tanked along against match fit rivals before powering away on the run-in. His jumping frailties over fences have been well documented but there is no denying his engine and class and he could be the stayer to beat for the next couple of years.

I can’t see a reason for Paisley Park, winner of the last two runs of this race, to turn Ascot form around with probable improvement to come from the selection while McFabulous is still a doubtful stayer over a stiff three miles for me. 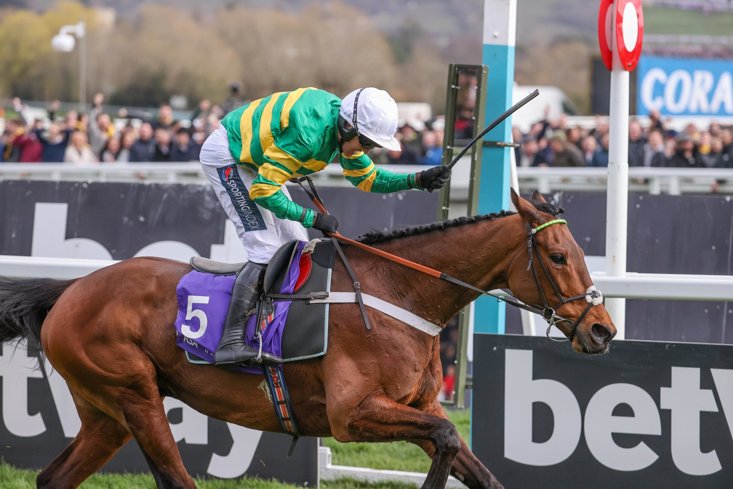 Irish raider Pied Piper won well from a potentially useful sort on debut at Punchestown, jumping slickly in the main. Despite that being on heavy ground, he had fair flat form for John Gosden when owned by HRM The Queen on better ground and changed hands for a cool 225,000 guineas in October.

He is rightly favourite, but I can’t have Iceo as such a short priced second favourite. He was very keen at Kempton on his British debut and did very well to keep up the gallop to win by 17 lengths. Despite a good time, the form of the race though is dreadful with the next three home all beaten by miles the next time. I would want to see him back it up before getting involved at less than 2/1.

That is in stark contrast to INTERNE DE SIVOLA’s form here at Cheltenham last month. He won very nicely by five lengths that day making all and quickening clear on this stiff new course. The second subsequently won by 21 lengths and the third won at Doncaster over Christmas. Anything over 5/1 is an each way bet to nothing as it is very hard to see him out of the frame. 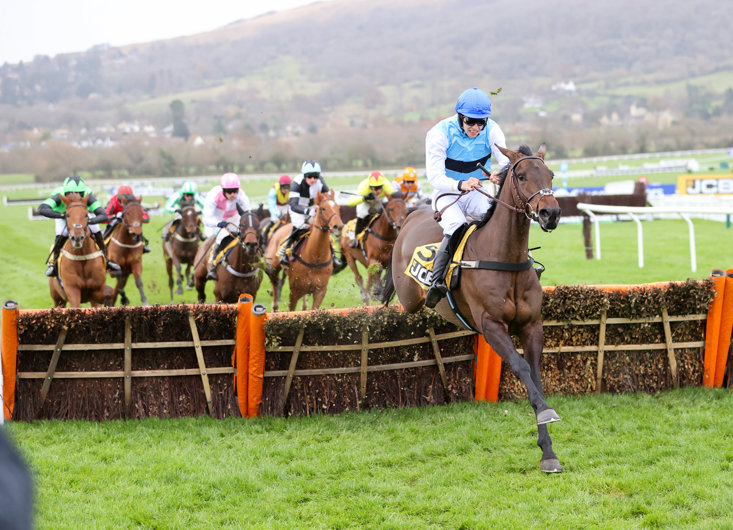 When You’re Ready, Solo and Imperical Alcazar have all finished in the first three in their short chasing careers to date and will have supporters, but I am giving another chance to a potentially well-treated OSCAR ELITE.

He was second in the Albert Bartlett at last year's festival before third at Aintree behind Ahoy Senor and Bravemansgame. That form is red hot and he was travelling so well on chasing debut when coming to grief at the third last here in November. He bombed out at Huntingdon before running well back here on New Years Day. He threatened on the home turn in the Dipper behind the fast improving L’Homme Presse and subsequent winner Fantastikas which again looks solid form and a mark of 137 looks quite lenient if putting his best foot forward, considering he was thought of as a graded chaser in the making in the summer.

The River Don is a trial for the Albert Bartlett and Ben Pauling has won three of the last six renewals (from only four horses). He looks set to rely on NOT AT PRESENT who has won his last three over hurdles. Those were in handicap company and while he has got a little to find, he has bags of stamina as shown when winning over 3m 2f at Fontwell last time from subsequent winner, Khan. He looked beat that day but stayed on strongly and this is a race that can throw up surprises. Stamina is always required to win this contest and after some positive comments form the trainer in midweek, he makes this weekend’s staking plan.

An absolute belter of a Skybet Chase to unravel this season.

Last year's third Cap Du Nord returns 10lb lower after four below par runs this campaign, but the handicapper has given him a serious chance. Similar sentiments apply to Canelo who was back in fourth and is 9lb lower. Finishing one place ahead of Cap Du Nord at Wincanton was Hurricane Harvey who won his only start over course and distance and he is one of the outsiders I would be considering off just 10-3. Returning to a flat track off a favourable mark could see him outrun his price of around 20/1.

Three of the last nine winners have carried 11-10 or more to victory and all of those were on decent ground. that gives hope to connections of the top weights. I would love to see Midnight Shadow go well for Ryan Mania on his first chasing start over three miles. Connections toyed with running on the King George after winning the Paddy Power as they think he could make up into graded class. He beat Gold Cup bound Protektorat in November in receipt of 7lb so he would have a decent chance too at a double figure price. 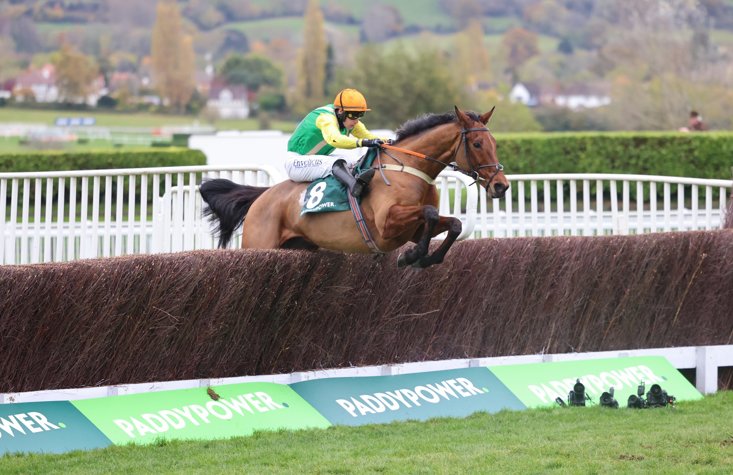 Getting in off just 10-6 though is the lightly raced 11yo Debece. He was last seen finishing second to Fortescue at Sandown in March. That horse was a close third in the Peter Marsh last Saturday, so the form is solid and he has had a wind operation in the interim. Runners off an absence is rarely a concern from this yard and he too enters calculations.

It is such a wide open contest that I am struggling to nail my colours to a single runner. If pressed perhaps Hurricane Harvey each way would be a marginal call, but I will sit this one out.

This Mares’ Bumper has been saved from Market Rasen’s recently abandoned card and it looks a good renewal. Willie Mullins won the race in 2020 and his Grade 2 winner Grangee was third to Eileendover last year so lots will focus on Nos Na Gaoithe whom I’m sure commentators were delighted to see her declared!

I will have a small each way play though on the impressive Ludlow winner MULLENBEG for Milton Harris. Ludlow and Cheltenham couldn’t be any more different and she was keen enough in a hood for her rules debut. The style with which she went six lengths clear though was striking. Nothing has run from behind her yet, but it was very easy on the eye and any double figure price could represent serious each way value.