A fabulous day’s racing in front of the ITV cameras this weekend with some interesting pattern races and decent field handicaps while the 2022 running of the Coral Eclipse is the icing on the cake in what promises to be a race for the ages.

RAASEL has risen the ranks through the handicap system, starting on a mark of 81 when acquired by the Horse Watchers. By the end of last year he had climbed to 94 after five straight victories and after finishing runner-up at York, took his form to a new level when winning a Haydock listed contest last time. He is tactically versatile, which is a benefit as only Method has gone from the front in recent races so a pace burn up isn’t guaranteed, which would hamper Arecibo and Mitbaahy more than most.

Mitbaahy is a 3yo on a hat-trick and won over track and trip three weeks ago while Nymphodora finished second at Royal Ascot. Behind her was the luckless Tippy Toes who could easily turn the tables. 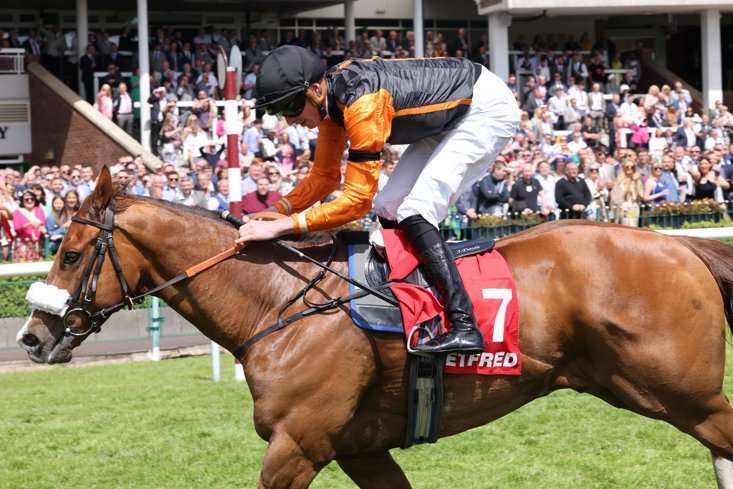 The Challenge over a mile could be ripe for an upset.

Likely favourite Sinjaari hasn’t won for two years since taking the John Smith’s Cup at York. A fast run stiff mile should suit but he is 10lb higher than his last win and had a hard race in the Royal Hunt Cup. He should get a decent pace with Flyin’ High and Lion Tower in the line-up who is up 3lb for his York win, but he is better at seven furlongs and a stiff mile may find him out.

Checkandchallenge was an also ran in the 2000 Guineas after a pair of all-weather wins. He has a mark of 108 which looks high even accounting for the 10lb weight for age allowance, while Escobar is an admirable sort who was fourth in this race last year off 3lb lower and will likely run well again but fall short.

This could be the day TRAIS FLUORS finally delivers off a very dangerous mark. He was sent off just 9/1 for last year's race off a 12lb higher mark and was very disappointing. He has won over track and trip though off a 7lb higher mark and with Silvestre De Sousa on board this season has run a close seventh in the Spring Cup and had a luckless run in the Thirsk Hunt Cup. A bigger field than his last two races will help and he can hit the frame again at a double figure price and he has the ability and weight to hit the bullseye.

The Lancashire Oaks looks to rest between Free Wind and last year's Champion Filles’ and Mares’ winner ESHAADA. Free Wind makes her seasonal reappearance after a seven-length romp in the Park Hill Stakes at Doncaster in September, but that doesn’t look like strong form and certainly not as good the selections Ascot Champions’ Day win. Ok, she was a 16/1 shot when accounting for Albaflora and Snowfall but she had always promised to be top class. Although initially disappointing at Newbury on her return, she wasn’t hard pressed and will come on a bundle. She could have got closer to the third home, Without A Fight, and he stepped up to win at York recently, so it has turned out to be a fair effort.

Sea La Rosa is progressive but has a stone to fin don the figures while the three-year-olds, despite in receipt of weight, are a fair way below the standard set.

HEREDIA looks to be banker of the day in the Distaff. The only concern is the quick turnaround of 16 days from her Royal Ascot win, but she looks to have so much in her favour. She wandered when hitting the front at Sandown and was much more value than the one length winning margin. She has gone up 8lb but looks a genuine group performer and is only 20/1 for the Falmouth Stakes next week (an engagement she is doubtful to take up but shows the regard she has).

HEREDIA did incredibly well to win at York previously when flying home after a troubled passage and she can claim this listed prize en route to much better things.

Grande Dame was well held in the Coronation Stakes but is flying lower here. I thought she should have won at York though in May while Oscula is decent but thoroughly exposed having her 14th career start. 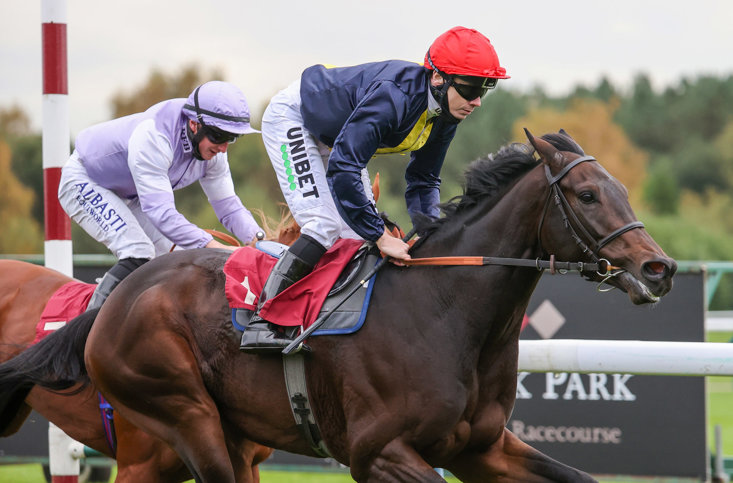 Gaassee is all the rage for the Old Newton Cup, but despite on a six-timer, he is as short as 6/4 for one of the season's most competitive handicaps, he must be taken on, despite a Group 1 entry later in season.

There are lots of options, but I will be backing BRENTFORD HOPE each-way under young 7lb claimer Dean La Roux. I don’t know much about him, but my sources tell me he is a level-headed young man who doesn’t need too many instructions. From stall 18, he will have to drop in anyway but when the ground is soft, Brentford Hope is a very good horse.

He was just five lengths behind Skalleti in Germany in November and will have needed his return at Goodwood six weeks ago. He chased home Victor Ludorum in France last summer too and as a course winner, with the pilot's 7lb claim reducing the burden to 9-1 and a likely strong pace to run off, he can trouble the judge.

Wow. What a race. We have been given a smaller field than looked likely earlier in the week for this year’s Eclipse, but with a pair of classic winners and all bar one already a Group 1 winner, it promises to be a cracker with almost £18m in prize money won by the impressive sextet.

Vadeni was a striking winner of the French Derby and although the form is suspect and he must prove himself on quicker conditions, connections have paid £50k to supplement him which is eye-catching itself.

Native Trail looks to be crying out for ten furlongs on his performances to date after winning six of his seven starts and just a sole defeat in the 2000 Guinea so his CV, he is a massive player. This pair receive a healthy 10lb weight for age allowance too off their elders.

Bay Bridge was most impressive over course and distance in the Brigadier Gerrard and the race never set up for him at Royal Ascot where he was forced to close down off a slow pace. We haven’t seen the best of him yet and Sir Michael Stoute knows exactly how to win an Eclipse, having already saddled six winners.

Alenquer beat subsequent Derby winner Adayar here last year and has gone on to score at Royal Ascot and at Group 1 level when winning the Tattersalls Gold Cup last time out. He was six lengths behind Mishriff though in last year’s Juddmonte International at York. Mishriff himself was third in last year's renewal when connections were adamant he would benefit for the outing. The vibes are more positive this time around and he is top rated in the field.

Lord North completes a high class sextet although he blew the start at Royal Ascot and his finest hour in the 2020 Prince Of Wales’s Stakes is now a fading memory.

It is a race for the ages and one to savour without a financial interest for me.