Team events are in the news with the recent innovation of the racing league but the original team event, the Shergar Cup, takes centre stage this weekend at Ascot.

It isn’t everyone’s cup of tea, but they are competitive races with 10 runners lining up per contest and points awarded respective to finishing position for both teams and individual jockeys.

The Dash kicks off and is an opportunity for TIS MARVELLOUS to enhance his good course record. He was a Group 2-winning juvenile who bumped heads with the leading sprinters for the next two years. He has found his niche now and with a draw in stall 1 next to pacesetter King Of Stars, who will go forward along with Desert Safari and Tone The Barrone, it looks the ideal set up for the senior citizen of the field at seven years old.

From the sprinters to the stayers with a two-mile handicap up next.

Uber Cool was a good winner at Chester after almost three years off the track and has more to do up 5lb while Call My Bluff is on a hat-trick after beating subsequent winner Speedo Boy at Chester six weeks ago. He is of interest while Hochfeld will make sure it’s a true run race and that will suit ISLAND BRAVE. He won over track and trip at the pandemic-forced revamped meeting on this weekend last year and ran a cracker to be fourth in the Northumberland Plate. He has Cieren Fallon, who rode him to victory in December, on board too, which is another positive.

The Challenge is the third race of the day and an opportunity for SPANISH KISS to bounce back to winning ways. He was sent off a well-backed 6/4f at the track last time but just seemed to be caught out in the closing stages on softer ground. He drops back to 1m 4f here and off a 1lb lower mark, and with top Dubai-based jockey Tadhg O’Shea on top, he is the one to be on.

Sam Cooke is always over-bet in top handicaps and is yet to deliver, while Group One Power is a victim of his own consistency.

VINTAGER has bounced back to form in 2021 and can get another win on his CV here. He was a good third at Ayr behind Group performer Marie’s Diamond after winning at Windsor and is still well treated on his form of a couple of years ago with Charlie Appleby and David Menuisier.

Dance Fever was an excellent third in the International at Ascot and will take many a punter’s eye while Dashing Roger’s Salisbury third is working out very well.

One name that has become synonymous with the Shergar Cup is that of Hayley Turner. She has won the last two Silver Saddles (award for leading rider) and she can find a winner with BARN OWL in the Classic. He beat a subsequent impressive winner at Ripon two starts ago and bumped into a very progressive rival last time at Sandown. He was staying on late there and the step up to a mile and a half on just his sixth start look sure to suit.

Possible Man just got the better of State Of Bliss three weeks ago and there shouldn’t be much between that pair again while Contact has had a productive season and won’t mind if the course gets a sharp shower or two.

ROYAL SCIMITAR was a well-supported withdrawal at Goodwood last Saturday and has leading claims here seven days on after a good fourth at Newmarket. He was well held in the Britannia Stakes at the Royal meeting but the drop back to sprinting saw a return to form and I hope Clive Cox can bookend the card and take the two sprints with Nicola Currie drawn to ride both. Popmaster won well at Doncaster last Saturday night and will have supporters, but he is up another 5lb while Dream Composer ran a cracker at Royal Ascot when just behind Significantly in his hat-trick bid, but the handicapper may now have his measure.

WILD BEAUTY has leading claims of confirming Sandown form with Sunstrike and can take the Listed Sweet Solera Stakes. Despite it being her fourth start, she still looked green when coming from the rear to give vain chase to Inspiral (early favourite for next year’s 1000 Guineas) at the Esher track. She just got on top of Sunstrike close home despite hanging and a more polished performance should see her extend her authority.

Value Theory represent Mark Johnston, who has won three of the last seven renewals. She won very well over track and trip three weeks ago, but this is a step up from novice contest to pattern company. Richard Fahey trains a couple of contenders in the Nick Bradley ownership who have had plenty of success in juvenile contests in recent years so both Shouldavbeenmore and Nurseclaire are respected. 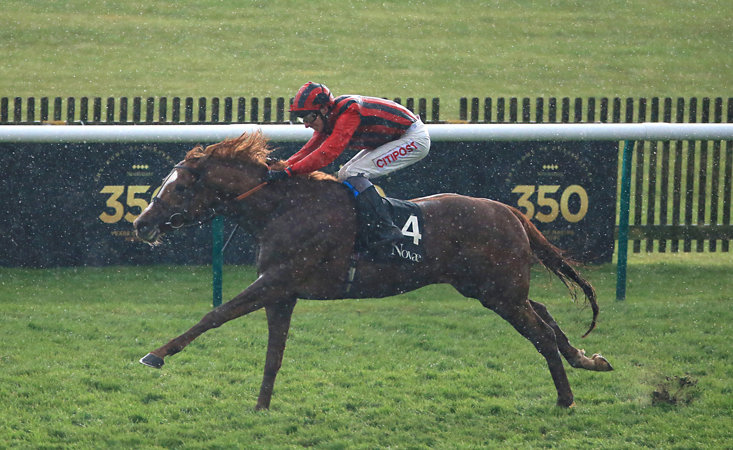 A small field go to post for this mile handicap and a chance for FANTASTIC FOX to get back on track. The form of his Newbury third in April to Group 1 winner Snow lantern and Listed runner-up Derab could hardly look any better and after a simple success at Haydock he had valid excuses for a below par run at Royal Ascot (Drawn wide, rushed up to make running). I still believe he should have won at Ascot a fortnight ago, running on before being hampered in the final furlong to be beaten under a length.

Royal Mews makes his turf and debut in the first time cheekpieces after four months off. He was a well beaten odds-on favourite in April too. Thibaan won over course and distance two months ago, but his best form is on quick ground and with the forecast for the north west showing plenty of rain, he has something to prove on that score.

The Group 3 Rose Of Lancaster Stakes revolves around Real World and will he handle the ground. he is related to soft ground winners, Librettist being best amongst them, but his last two impressive wins have come on good to firm and at around 7/4, he can be taken on.

Euchen Glen loves to get his toe in and has run well under his penalty this campaign which hasn’t stopped him winning at Sandown twice this season while he may have bumped into one at Goodwood last week. He is being kept busy while Foxes Tales will handle conditions and just failed to carry a big weight to victory at Newmarket after success at Royal Ascot. He gets a 3yo weight allowance and is form the red-hot Andrew Balding stable.

I will have an each-way play though on STORMY ANTARCTIC. The ground wont inconvenience him and his recent Goodwood win over this trip on soft ground signalled a return to something close to his best. He is rising eight but has the track’s top jockey on board in Richard Kingscote and he can hit the frame at least.