There’s a bumper ten races to be viewed on ITV this Saturday from no less than four group 1 tracks. The weather gods have not been kind though and it will be generally soft ground lovers and mudlarks making hay this weekend with the Irish Guineas meeting at The Curragh in doubt after substantial rainfall this week.

A staying handicap over one mile and six furlongs kicks things off at Goodwood. Prince Alex will be a warm favourite after a pleasing comeback following a five-timer last season, culminating in a soft ground success at York. He stayed on like he needed his comeback effort and in favourable conditions for an in-form trainer, he should be in the thick of the action.

Hochfeld will make them all go if obtaining an easy lead (very plausible) and stayed on well despite being hampered in the Chester Cup last time. He must give weight all round though and I will chance HYANNA for the red-hot Eve Johnson Houghton team. She has course form figures of 322 and loves it when the mud is flying, as proven when runner-up to Natural History here last October in heavy ground with Goshen back in third. 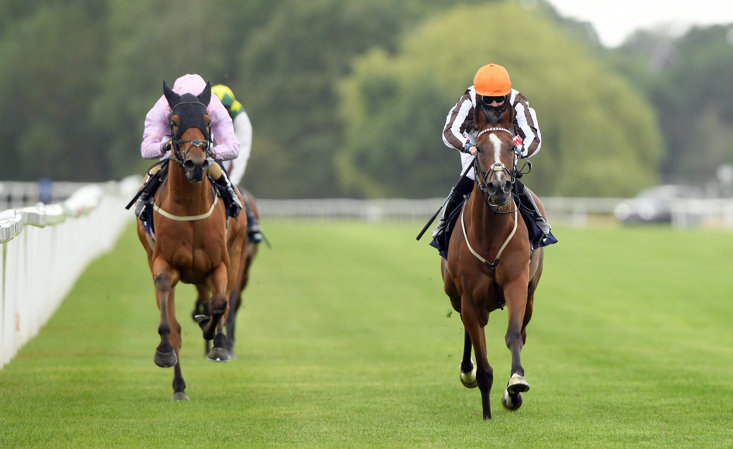 That was a solid effort, and she can be forgiven for her return on decent ground in a good contest at Newmarket’s Guineas meeting. Georgia Dobie claims another valuable 5lb off her back and she can play a major role at the finish.

If you saw the action at Haydock yesterday you will know how bad the ground will be today as the times were slow and it looked very hard work.

There are a few in here who handle such conditions well, the pick of them may just be MOLLS MEMORY under the champion jockey Oisin Murphy. She ran well off top weight then staying on fifth behind the progressive Boardman at York last week but she is two from two on heavy ground and is back down to her last winning mark. She is usually held up so will need the breaks and a wide draw may not be the usual negative if they choose to come down the stands side once again.

A mile and half listed contest with just 6lb separating the top four in the betting. Al Zaraqaan looked destined for better things when easily winning the Rosebery at Kempton but was well beaten in the G2 Jockey Club Stakes at Newmarket behind Sir Ron Priestly.

He has his sights lowered here and is down in trip but must prove himself on soft ground, despite there being soft ground performers in his pedigree. Stormy Antarctic has been a grand servant to connections and had plied his trade in Group 1s on the continent, but ten furlongs on soft ground doesn’t bring out the best in him.

With Majestic Dawn and Winter Reprise two horses who like to go forward and handle conditions well, the race should be truly run and that will suit another grand old servant in DESERT ENCOUNTER. His course figures read 212 and he has plenty of soft ground form in his 42-race career. He has taken connections all over the world, signing off last year in Bahrain. He made an encouraging return to action chasing home Waldkonig at Sandown and can stalk a likely decent pace and pounce late in his customary style under Andrea Atzeni.

Two miles in these conditions could see some of these walking home. The key piece of form is the Chester Vase run fifteen days ago that saw Green Brook run out an impressive winner. His reward for that is a 10lb hike from the handicapper which sees the runner-up Postileo meet him on 7lb better terms for a near five length defeat. Back in fourth that day was Speedo Boy who got hampered continuously in the last half mile and runs here off the same mark. A more conventional track should see him get much closer but he has avoided heavy ground despite a win on very soft ground in France as a youngster.

VINDOLANDA has a 25% strike rate, and two of her four wins came at this track on soft and heavy ground. She is just 1lb above her last winning mark and should come on for her return on the all-weather three weeks ago. 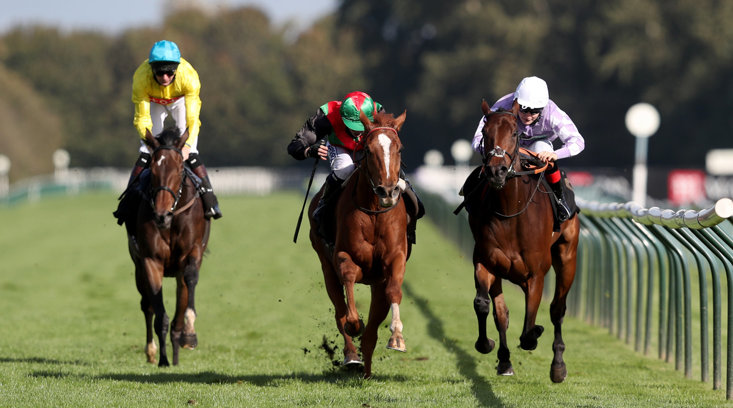 Paul Hanagan has a decent strike rate himself when teaming up with Charles Hills and is always a man to have on your side at his local track.

A tricky fillies’ group 3 to solve is the first offering from York. Believe In Love has convincing claims after progressing up the ladder last season, ending with a win at this level on heavy ground at Saint Cloud over this trip, her only defeat coming behind the Joseph O’Brien trained Piste in the Park Hill Stakes (Filles’ St Leger) at Doncaster.

She must give away a 3lb penalty while apprentice Ray Dawson is unable to claim and interestingly O’Brien saddles Mighty Blue here. She was seen finishing third at the Cheltenham Festival in the Mares’ Novice Hurdle and was an easy winner at listed level over this trip at Gowran Park a couple of weeks ago.

She had FLOR DE LA LUNA a long way back on that occasion, but she returned with a cough and was sent off the 3/1 favourite. Prior to that race, Flor De La Luna had finished ahead of Mighty Blue at Cork and with Jessica Harrington already gaining black type for a raiding filly earlier this week at Ayr, I think the lightly raced Flor De La Luna could offer some value in this tricky little contest.

The Silver Bowl is one of the hottest 3yo mile handicaps of the season but a smaller field than usual has been assembled and the ground could see the line-up shrink further.

Raadobarg has the sexy profile after an easy win at Thirsk on soft ground when odds-on favourite a fortnight ago and could have plenty of room to manoeuvre of a mark of 88 but the testing conditions and lack of experience may catch him out if taking around 2/1 about him.

Heights Of Abraham has an awkward head carriage but it didn’t stop him hosing up at Ripon on Sunday and the fact that was over ten furlongs on soft grounds means he has assured stamina for this test. Teodolina, Master Zoffany and Seasett are last time out winners who could have more improvement in them, but I will just side with NEBULOSA for Oisin Murphy and Andrew Balding who were on the board at Goodwood yesterday.

She was a soft ground winner at Newmarket last year after finishing a close third to 1000 Guineas runner-up Saffron Beach on her second run and just got up in the final strides over seven furlongs at Goodwood three weeks ago.

Obviously the ground will be very testing at the Curragh for the Irish 2000 Guineas if it passes a 7.30am inspection in the morning. For this reason, the favourite Lucky Vega, who did prove his stamina for a mile at Newmarket, can be swerved as this places more emphasis on those questionable reserves.

Jim Bolger once again runs Poetic Flare in a third 2000 Guineas in three weeks. After winning the Newmarket version, he was sixth on Sunday in France and perhaps a better chance lies with his stablemate MAC SWINEY. He is unbeaten on ground softer than good including in the G1 Vertem Futurity at Doncaster in October and returned from his seasonal debut with nasal discharge so can be excused a below par effort behind derby favourite Bolshoi Ballet. 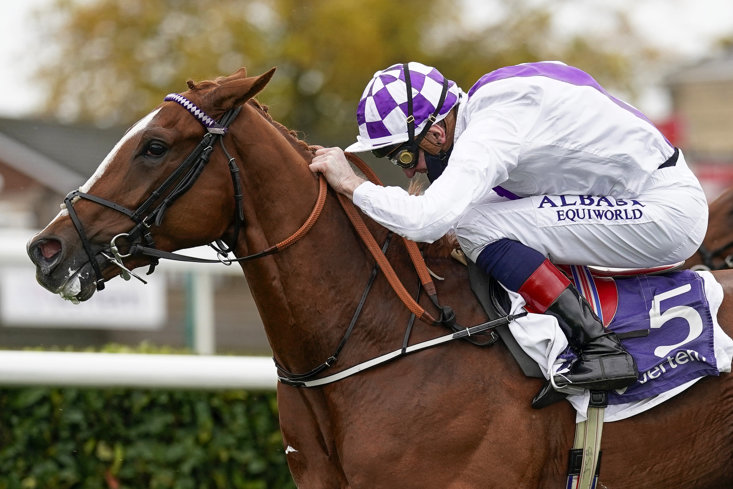 I must also give an each way squeak to Monaasib. The veteran trainer Kevin Prendergast won this race in 2016 and Monaasib signed off his juvenile career with a close second to High Definition in the Beresford Stakes. He has soft ground form and just weakened close home on his return behind Poetic Flare at Leopardstown. His stamina may not last out but he has plenty of appealing form and is a nice each-way price.

The Sandy Lane Stakes sees the next step along the sprinting ladder for the unbeaten Dragon Symbol of Archie Watson’s. He bolted up on his turf debut at Hamilton last time out but this is a whole new ball game, into group 2 company and on heavy turf which he has never encountered. If he passes this test, we may have a new sprinting superstar on our hands. At around 5/2 though, and with that big question to answer, we can look elsewhere.

MUJBAR gets the vote on the account of him being two from two on soft or heavy ground. One of those was in the G3 Horris Hill Stakes when he accounted for Saint Lawrence and was also a fair fourth in the Champagne Stakes at Doncaster. He was well held on his return in the Greenham after being too keen but with that run under his belt and a drop back to sprinting, I think he could be battling this out at the line.

Another tricky York sprint to solve with six of the fourteen runners clashing over course and distance nine days ago. That day it was Copper Knight (raised 5lb) who came out on top ahead of Mulzim (up 3lb) and MONDAMMEJ (raised 2lb) back in third.

Watching the race again, it was clear Mondammej had a luckless trip after missing the start and perhaps should have gone close to winning. I am siding with him to turn the form around with the front two although it wouldn’t surprise if Sunday Sovereign (ninth and dropped 5lb), Dave Dexter (tenth) or Count D’Orsay (fifteenth) were more competitive this time.

The day’s feature event is the Temple Stakes, won for the last two years by the superstar Battaash. It is not the strongest of renewal this time up but it’s good to see that five of the seven strong line-up are fillies.

LIBERTY BEACH was a very close third in heavy ground in the Prix De L’Abbaye last season and has won on her only visit to the track. The French race was her only start in such conditions, but she appeared to handle them and it bodes well for this task.