It’s Super Saturday with high class racing across the country and a bumper 11 races in front of the ITV Cameras.

As it’s a special weekend, I have provided a selection for all those with terrestrial coverage, with the Group 1 July Cup the highlight amongst plenty of competitive handicaps meaning all fans of the sport are catered for this Saturday.

The first of eleven live ITV races is a trappy one on the Knavesmire.

Eilean Dubh won here at the Sunday Series meeting while Young Fire was only a fair fourth at Haydock last week when seemingly having lots in his favour.

CHALLET goes well here, is well drawn to attack and we know he sees out the mile despite being collared late on over seven furlongs here last month. Harry Davies claims a valuable 5lb which sees him 3lb lower then third here in a big field last October and looks the one to kick us off with a winner. 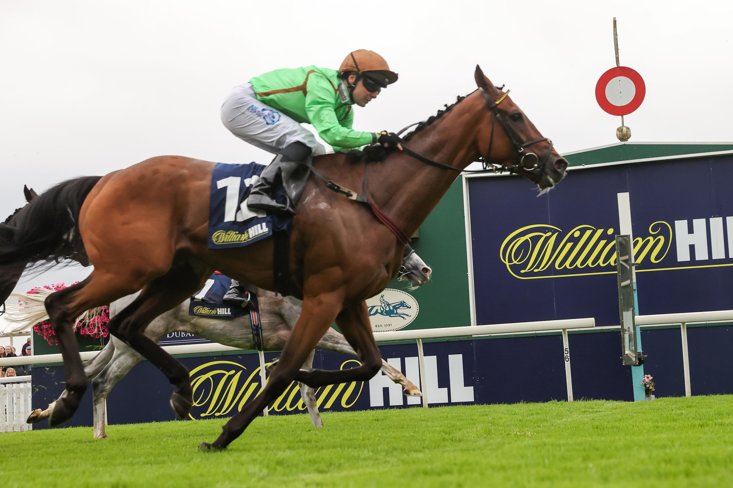 Kidwah didn’t beat much at Redcar and although could be well treated, he is short enough in the market.

MISS CAROL ANN has been highly tried since her debut win on the Rowley Mile, with soft ground possibly an excuse on her second juvenile start. She wasn’t beaten far in a Guineas trial and although admittedly disappointing at Carlisle, having her sights lowered into handicap company could see her start to build on that early promise for the in-form Roger Varian team.

A poor turnout of just three runners for a £45k first price in the Silver Cup.

Without A Fight won over track and trip here four weeks ago off a steady pace, beating John Leeper into second.

The pick must be THUNDEROUS who is taken to dictate the pace at a venue he likes. He won the 2020 Dante and chased home Stradivarius back in May over his trip. He stays, can dictate the fractions and hold off a pair of suspect stayers.

Christophe Soumillon heads over the channel and has got himself a strong book of rides starting with LAASUDOOD. He chased home Royal Ascot winner Secret State at Nottingham on seasonal return and beat a subsequent runner-up at Doncaster last month. A 7lb rise may underestimate that effort and he can account for Thirsk winner Bay of Honour and Royal Ascot third, Jimi Hendrix.

The tentative pick is WHENTHEDEALISDONE for Roger Teal and Neil Callan. He is drawn on the stands side which could well be favoured and is 1lb lower than when a close fifth in the Portland last September. He only beat one home in the Abernant in April and although not seen for two months, he looks well treated on his 3yo form and can hit the frame with plenty in his favour, including a likely very strong pace.

Mountain Peak is a dual course winner who was second in this race last year but is 7lb higher here. Equality was just behind him at Epsom but was last on is only appearance at this track which tempers enthusiasm.

Get Ahead could also outrun her price. She was sixth in the Queen Mary last year and has been placed twice in listed company this year already. She is off a low weight and could also hit the frame at 20/1+.

Victory Dance did plenty wrong but still made a winning debut ahead of his stable mate over course and distance three weeks ago and looks another decent juvenile for Charlie Appleby and William Buick. However, the ill-fated Roaring Lion didn’t produce many foals, so the importance of his progeny succeeding is quite high, and he may have sired a nice son in LION OF WAR.

He followed up his Leicester debut win with a ten length romp at Newcastle under a penalty and looks smart.

Chindit chased home Baaeed in the Queen Anne Stakes and sets the standard, but there isn’t much to choose on the figures amongst the market leaders.

I’m not convinced Mutasaabeq stays a true mile, and a stiff one at that here at Ascot, so I’m taking MY OBERON to uphold the form with Modern News despite 3lb worse terms. He had to switch twice at Windsor before getting up on the line and was thought worthy of Group 1 contests in the spring when not disgraced at Meydan. He is rated 1lb superior to his old rival off level weights here and Tom Marquand renews acquaintances. 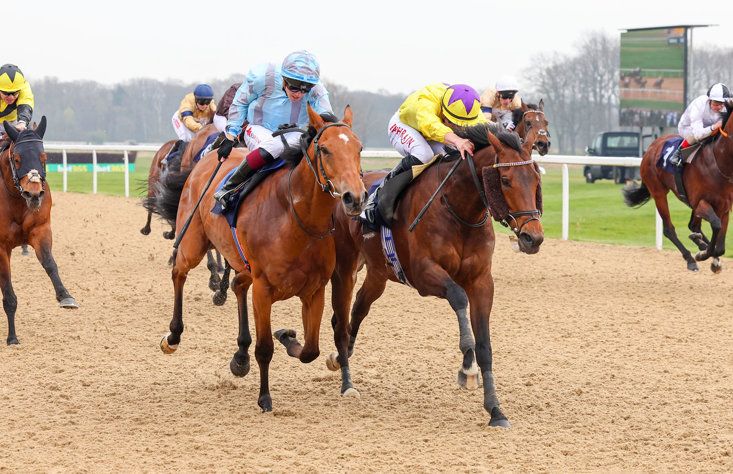 Twenty runners head to post for the Bunbury Cup and that man Christophe Soumillon may have the answer.

JUMBY has danced many a top handicap dance in his 13 race career as well as some group races and rarely runs a bad race. He was third in the Wokingham at Royal Ascot while his form over seven furlongs reads 141. He has won twice on the Rowley Mile and rates a solid proposition.

I also can’t resist a couple of quid each way on BLESS HIM. He drops down to seven furlongs, a trip he won over at Newcastle in the spring, after a staying on seventh in the Royal Hunt Cup. He didn’t get the best of runs there and was arguably drawn on the wrong side. He finished just behind last Saturday’s winner Sinjaari and can hit the frame at least at a decent price.

The John Smith’s Cup is one of the season’s premier betting races and as a result a very competitive field of 22 head to post.

Rogue Bear has been placed in a Lincoln, Spring Cup and a Hambleton already this season and deserves a break while recent Haydock third Mahrajaan and last year's Cambridgeshire runner-up Anmaat give Shadwell Stud a strong hand.

Sir Michael Stoute won this with a 4yo in 2017 in Ballet Concerto and has run Solid Stone and Astro King in recent seasons who were well backed but were well beaten. He saddles JUST FINE for Her Majesty The Queen this year after a below par effort at Royal Ascot. Prior to that he was third here at the May meeting over 1m 4f. the drop in trip and faster pace could well suit for the Derby winning combination and he is one dart.

The Darley July Cup is the day’s feature race where the 1-2-3 from the Platinum Jubilee take on the 1-2-4 from the Commonwealth Cup from Royal Ascot. The question is, are the 3yos better than their elders in receipt of 6lb?

Perfect power looks to be way ahead of his contemporaries, but I am siding with the older guard and taking CREATIVE FORCE to overturn Ascot form with stablemate Naval Crown.

The stiffer climb in the final stages of the July Course will play to his strengths and was a closing fifth in a stranger renewal twelve months ago. He has improved to be a Group 1 winner since too and looks a solid candidate.

The Aussies also have a strong closer with Artorius who isn’t taken lightly as he will be flashing home and is interesting with Jamie Spencer back on board.

This race revolves around Nunthorpe heroine Winter Power. Her course form reads 6111 including last summer’s highlight but she has been below par on her last four starts, and a return to the Knavesmire needs to bring about an upturn in fortunes.

She makes the market though and the trio of 3yos are interesting.

Royal Aclaim is two from two, but those were in novice company, and this is a big ask on third start. Korker blew the start at Royal Ascot but has course figures of 2721 including an impressive handicap victory here in May but is 5lb inferior to last year’s Flying Childers winner CATURRA. He ran well in the Sandy Lane at Haydock behind some of the top 3yo sprinters but was a little below par at Sandown back to the minimum trip. He stayed on late though and the form has been franked somewhat with the winner arguably an unlucky loser in Group three company last week.