What a weekend. Cracking cards at Newmarket, Ascot and Redcar on ITV on Saturday afternoon, complemented by some great action over at Longchamp in France, before the Prix De L’Arc de Triomphe on Sunday to look forward to.

We have Group 1 action at HQ too, as well some group contests and handicaps at Ascot, plus the big field two-year-old trophy at Redcar to decipher. It’s truly the most wonderful time of the year!

The five furlongs may get some getting at Ascot by post time on Saturday and it could be the first time in a while that AINSDALE (pictured above) will have his optimum conditions. He has a fine record over the minimum trip when there is soft in the going description and hasn’t been disgraced in either start this season. He will strip fitter for the recent Beverley run when just behind Tis Marvellous and will be fresher than most.

It is a wide-open sprint with plenty in good heart, notably Manaccan and King’s Lynn, but a few will need to prove conditions suit.

The booking of William Buick by Michael Dods for PRAIRIE FALCON in this sales race catches the eye and at a big each way price, must make Saturday’s staking plan.

His neck victory over Ramazan at Ayr a fortnight ago was franked when he ran third in the Goff’s Million last Saturday in Ireland suggesting he has more room to manoeuvre from this 5lb higher mark. He is a relentless galloper who won by a narrow margin at Glorious Goodwood over seven furlongs, so the stiff six here at HQ should play to his strengths, and there is nobody riding better than Buick at present.

Those rated higher than the selection have something to prove, with a stiff six not sure to suit the 91 rated Union Court while the 90 rated maiden Woolhampton’s mark is courtesy of a Super Sprint second and listed third, but looks to be on the high side was she to head to nursery company.

The lightly raced Amichi won a similar contest over this trip on the July Course five weeks ago and will have supporters, while Skysail is lightly raced and is an improver judged on his Newbury maiden success a fortnight ago. However, the selection does look overpriced and looks a fair each way bet despite the big field with the emphasis largely on quantity over quality. 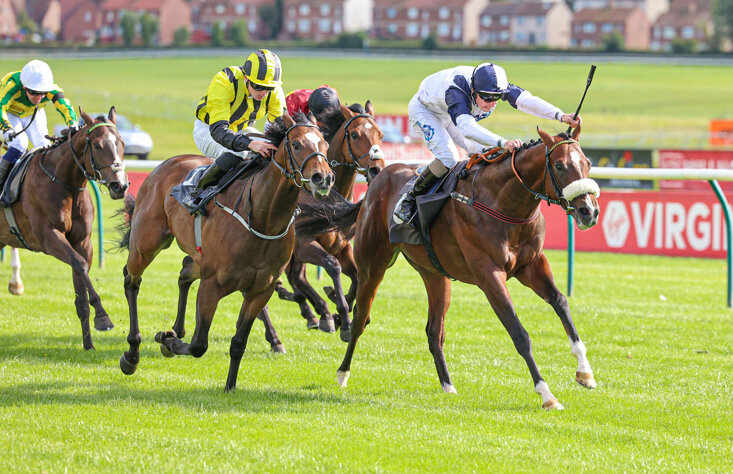 The Group 1 Sun Chariot Stakes can go to Ireland courtesy of Dermot Welds HOMELESS SONGS. Interestingly, she had an entry in the Foret in France on Sunday where she would be guaranteed soft ground, but connections must feel underfoot conditions will suit at HQ.

The manner of her Irish 1000 Guineas success still lingers in the memory when she sauntered past her classic rivals and she can bounce back to victory after her matron Stakes fourth.

Last year’s Sun Chariot heroine Saffron Beach, was ahead of her in second that day and she is reunited with William Buick here. But looking back at that Leopardstown contest, Homeless Songs was last of the bridle but didn’t do much for pressure on her first start for four months. She was entitled to need it and although she is clearly fragile, she will build on that run for sure and despite being 2lb worse off, can overturn the form. The addition of a tongue tie suggests her breathing may also have been an issue there.

Saffron Beach has had a stellar season already, with Royal Ascot and Group 1 success on her CV, but the stable form of these two horses have gone in different directions in the last few weeks, favouring the Weld team, and the prize can head back over the Irish Sea.

Laurel adds an interesting flavour to the contest after two easy novice successes, one on the July course and the other ten days ago at Kempton. John and Thady Gosden throw in at the deep end, but they know a good horse when they see one so that decision must be respected.

The Two-Year-old Trophy at Redcar is a listed contest with weights affected by sales price, so once again it’s a big prize with lots of quantity more than quality means the field can be whittled down with over 30lb covering the ratings band.

Top of the ratings is Doncaster sales race winner Cold Case, who was third in the Gimcrack prior to that effort. He is better off at the weights with Holguin who was over a length behind on Town Moor so is sure to be popular with another good pot at stake but on his time on the Knavesmire, he is very closely matched with WASHINGTON HEIGHTS who also receives 7lb. Kevin Ryan’s charge was just chinned on the line in the York sales race by Shouldvebeenaring, who followed up at Ripon, beating Bolt Action who won at Salisbury on Thursday, so the form has a solid look to it.

Although with that 7lb difference, the handicapper still thinks he is 6lb shy of the market leader, but those times at York suggest otherwise and at around 10/1, he is a massive each way player despite the stable form being a little hit and miss in the last month. 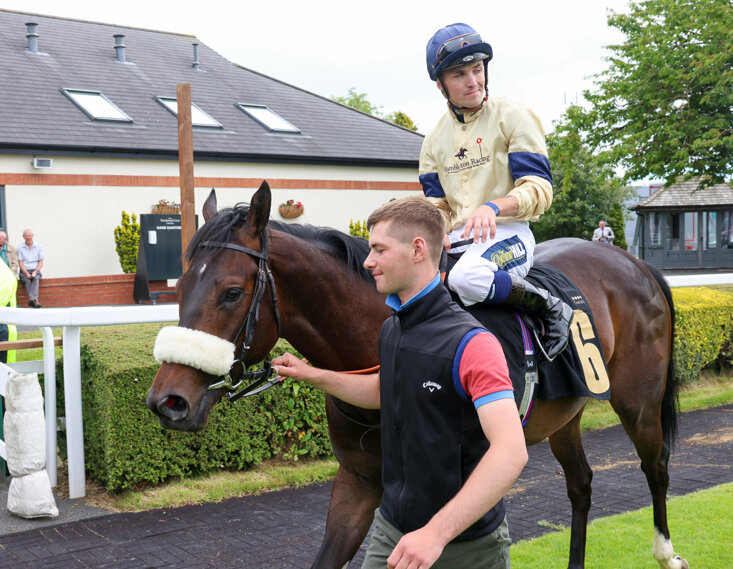 All the regulars line up for this straight seven-furlong handicap at Ascot.

Fresh is a course regular who is looking for a hat-trick of course and distance success this year while River Nymph and the old favourite Accidental Agent know where the winning post is here.

Safe Voyage bounced back to form at Leopardstown on Irish Champions Weekend and is well treated on his old group form while Blue For You finally got his reward for his efforts when winning at York’s Ebor meeting, beating stablemate Escobar.

However, it’s a another David O’Meara inmate who gets the vote here. ORBAAN has a solid record over this seven-furlong trip and bounced back to form this summer when beating Blue For You in the Golden Mile at Goodwood. Although he is 13lb higher than that victory, he has won again since over this course and distance at the Shergar Cup and has won off this mark of 100 too, albeit two years ago. Rossa Ryan, in the headlines yesterday in France through no fault of his own, will have options from stall 9 and he will appreciate any ease in the ground that Friday’s rain brought.