A fantastic four days have been had by all at Glorious Goodwood and if you haven’t had a winner yet, Saturday’s card will not do much for your confidence as it contains plenty of competitive handicaps to solve and very few contests where ‘bankers’ can be sought.

We start with the consolation contest for the Stewards’ Cup which has attracted its smallest ever field, courting some controversy.

However, I can’t resist a small each-way bet on the 2020 winner of this race TREACHEROUS. A thirteen-length beating at Ascot three weeks ago doesn’t instil confidence, but he has won twice from four starts at Goodwood and soft ground can be attributed to his no show in this race last year. He returned from a wind operation to go close at Windsor last month showing he retains ability and enthusiasm, has a stands’ side draw, which has been important this week, and is 3lb below his last winning mark, which came in this race two years ago.

Hat-trick seeking Lethal Levi will be very popular after two all-the-way success at Newmarket in recent weeks and is 9lb well in but is priced accordingly. 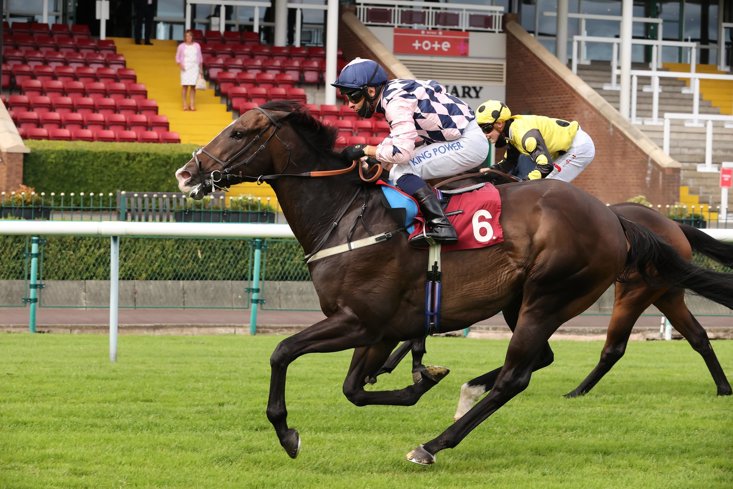 An intriguing staying handicap can go to the hat-trick seeking BAGUE D’OR for Chris Wall and Neil Callan.

After getting the better of a subsequent winner at Newmarket last month, he followed up at Ascot, travelling sweetly and picking up to hit the front before all out to hold on by a head. The second is a consistent stayer who does find winning difficult but BAGUE D’OR only just appears to do enough so the 3lb rise for his latest success and combined 5lb rise for the pair of wins may underestimate how much improvement he still has at this trip.

Soapy Stevens is a fellow hat-trick seeker for Mark Johnston who has plenty of success here, but a bigger danger could be Valley Forge. He won the Melrose Stakes last year (like stablemate Coltrane twelve months earlier) and won a decent Haydock handicap back in May. He ran well for a long way in the Northumberland Plate behind Trueshan and may appreciate the slight drop in trip and looks to still have plenty or room to manoeuvre from his current mark.

Twenty-eight runners spread across the track at Goodwood can only mean the Stewards’ Cup, one of the most competitive races of the entire season.

WHENTHEDEALISDONE caught my eye at Ascot three weeks ago in a five-furlong sprint when beaten just three lengths. He would have been much closer but for getting squeezed for room at a vital point. Interestingly, he was right next to Get Ahead at the time, who was also hugely inconvenienced in the same incident, and she bolted up here on Thursday.

He beat none other than Twilight Calls in his maiden two years ago and although both his subsequent wins have been over five furlongs, this fast six should suit. He is having just his thirteenth start and I’m hopeful that will be lucky.

Inver Park completed the hat-trick in the Buckingham Palace Stakes at Royal Ascot and has another 4lb hike to defy while Mr Wagyu is 2lb ‘wrong’ after his Curragh success triggered a 6lb penalty but did win the consolation contest last year and is respected on that.

Popmaster is up 3lb for his Wokingham second while Chil Chil runs in his first handicap since winning at Newmarket back in May last year, has kept top company since and looks to emulate Summerghand in 2020 by carrying top weight to victory.

Bet of the day goes to BOLTHOLE in the final race of Glorious Goodwood. He was fancied for the Britannia Handicap at Royal Ascot but could never get competitive in that big field when dropped back to the mile. He impressed with his previous win at Newmarket though and this is just his sixth career start. He has a cracking draw in stall three, the services of Ryan Moore and a fair weight for age allowance of 9lb.

I’d be surprised if a mark of 90 is the ceiling of his ability and he isn’t contesting some big heritage handicaps in the autumn.

Ajero has a run of seconditis but that includes a run at Royal Ascot last time and his best form over hurdles came on fast tracks on quick ground. He is up another 2lb but is unexposed on the flat while Forest Falcon looks to bookend the meeting with victories having landed Tuesday’s open and had Harry Davies negating his 5lb penalty.