Scottie Scheffler's stunning season continued this weekend as he clinched the first major of his career with victory in The Masters, cementing his place as the best player in the men's game right now. The American won with a one-under 71, missing two short putts for a double bogey on 18, to finish 10 under par.

By picking up the famous Green jacket, he made it four wins for the campaign so far, after also finding success in the World Match Play, Arnold Palmer Invitational and Phoenix Open. But Scheffler wasn't the only talking point from Augusta this year. Here are five things we learned from a phenomenal four days of action in Georgia.

25-year-old Scottie Scheffler was already making headlines for becoming the quickest player to reach the number one ranking, reaching the accolade shortly after defeating Kevin Kisner in the WGC Match Play to win it. No player has ever reached the top of the chain as fast as Scheffler has and he continued his incredible vein of form.

He made it look easy in comparison to the rest of the field, holding off Aussie challenger Cameron Smith in his final round with superb short game and putting. With this win, he becomes one of only five players to be ranked World number one and go on to win The Masters, after Ian Woosnam, Fred Couples, Tiger Woods and Dustin Johnson.

The Masters
@TheMasters
Goodnight from the 86th Masters Tournament. #themasters 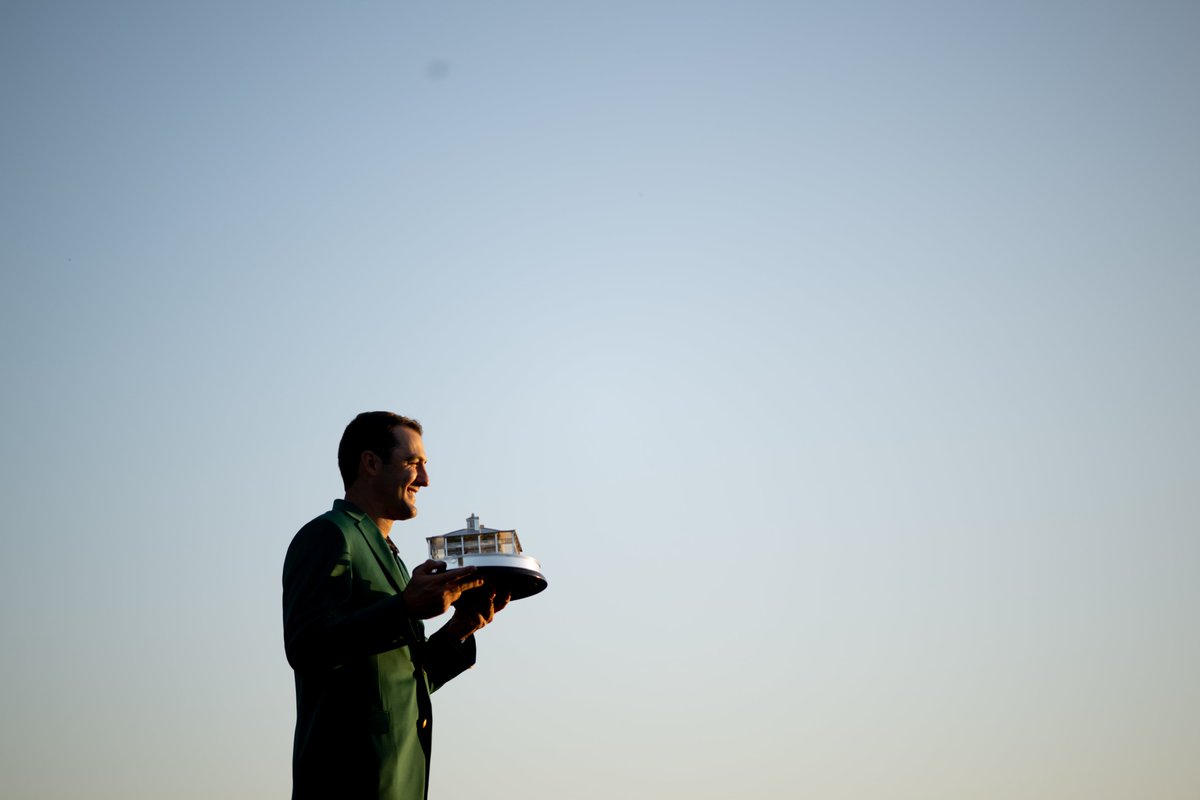 What’s more impressive about the American’s start to the season is the variety of wins he has seemed to get so far this season. The Phoenix Open was a rowdy weekend with grandstands surrounding the holes of TPC Scottsdale, mostly remembered for Sam Ryder’s hole-in-one which sent the crowd wild with a England-fans-in-a-pub vibe.

His second was a single shot victory at Arnold Palmer Invitational, usually a great course with plenty of hazards in play, easy to trip anyone up. His final win in the run up to The Masters was in the aforementioned World Match Play, a completely different format of golf, showing Scheffler’s versatility on the course, with the ability to achieve success no matter the course or format.

Scheffler’s reign as number one will take some beating and he will be looking forward to the PGA Championship at Southern Hills next month.

The story of Rory McIlroy and The Masters is a bitter one for the Northern Irishman. The only major left for him to get his hands on and he’s been close many times, but he’s never quite managed to get over the line on the final day.

This time, the wind had changed for him. He started the day at +1 but shot a round of 64, a record-breaking score around Augusta National, to get him a second-place finish. Memories of 2011 will no doubt be running through his mind, where he shot the worst round in history by any professional golfer leading after the third round of the Masters Tournament. He fell to pieces on the final nine holes after holding a four shot lead, eventually shooting a +8 round.

The Masters
@TheMasters
What a way to finish. McIlroy holes out on No. 18 to put pressure on the leader. #themasters
4311
34227

Rory’s form might’ve fallen by the wayside in recent months, but this season seems promising for the Ulsterman. A second place finish shows that he has found his rhythm once again and the confidence gained from such a performance on the last round will do the world of good for him.

Tiger’s Return Not Dampened By Performance

Tiger Woods completed 72 holes in his first competitive appearance in over 500 days. He defied the odds in his appearance, not for the first time in his career, but not in his performance as he finished +13 for the week.

It didn’t put too much of a dampener on the whole affair though, as crowds of thousands followed him all around the course, cheering his every move. He still managed to make a 71 on the opening day to keep himself amongst the top of the leaderboard.

Woods confirmed in his post-round interview that he was unsure when he’d play next, seemingly undecided over next month’s PGA Championship. He did confirm that he will be there at St Andrews in the 150th Open Championship in July and if that’s the next time we’ll see him, then it’ll have been a great rest for the former world number one.

A Subpar Weekend For The Big Names

It would appear that the new generations of golfers have arrived, or you’d be forgiven for thinking so, looking at some of the names who had poor rounds this weekend. Fiery Englishman Tyrrell Hatton finished last with +17, having fallen out of favour after making the cut and struggling in his final round.

Jordan Spieth, Brooks Koepka and Bryson DeChambeau all didn’t make it past the cut. John Rahm, Viktor Hovland and Robert MacIntyre were among the Europeans who couldn’t quite find any rhythm this weekend as well.

It was a low scoring event regardless, with players in 14th finishing +2, including Tommy Fleetwood, Matt Fitzpatrick and last year’s champion, Hideki Matsuyama.

The Masters Bubble Continues To Surprise

The weather played a huge part in the weekend’s action. Sunday afternoon was a delightful afternoon, with the sun gazing over the fairways and not a cloud in the sky, whereas the temperature was more autumnal.

The images of Scottie Scheffler switching between his gilet and jacket in between every hole on Saturday afternoon was iconic in of itself. He even continued in the pitch black and freezing cold conditions on the range straight after he finished his third round, much to the bemusement of most.

The cold even made Justin Thomas, one of the world’s best professional golfers, top a shot on the driving range, making him seem like one of us rather than the incredible major-winning golfer that he really is.

Brock R🏌️‍♂️
@Golfingbrock
Sick
254
2844
x
Suggested Searches:
The Sportsman
Manchester United
Liverpool
Manchester City
Premier League
More
golf
Everything You Need To Know About The 2022 PGA Championship
‘This is Major’ is the PGA’s chosen slogan for their flagship major event, as the [ ... ]
golf
Betfred Donate £19,000 To Prostate Cancer UK After Danny Willett...
Thorbjørn Olesen may have walked away with the Betfred British Masters title over the weekend, [ ... ]
golf
Betfred British Masters: Thorbjorn Olesen Triumphs With Spectacular...
Thorbjorn Olesen clinched the Betfred British Masters title with an incredible 35-foot putt on the 18th [ ... ]
golf
Thorbjorn Olesen Three Clear Heading Into Final Day Of Betfred...
Following a miserably wet Friday, the sunshine returned to The Belfry on Saturday as round three of [ ... ]
golf
Hurly Long And Danny Willett Shine On Day Two At Betfred British...
It was another action-packed day at The Belfry in Sutton Coldfield for day two of the Betfred British [ ... ]
golf
Great Danes Enjoy Profitable Opening Day At Betfred British...
If watching Christian Eriksen run the show in the Premier League wasn’t enough, now several other [ ... ]
golf
Everything You Need To Know About The Betfred British Masters
The British Masters is upon us and Danny Willett has chosen The Belfry again as the host for one of [ ... ]
golf
Phil Mickelson Plays Both Sides As Golf’s Civil War Begins
Phil Mickelson, American golf hero and people’s champion left many fans flabbergasted by [ ... ]
golf
Lazarus With A Five Iron: Tiger Roars Back At The Masters On...
On April 14 2019, the weather was looming ominously in Augusta, Georgia. The only thunder that ultimately [ ... ]
golf
Tiger’s Greatest Triumphs: Three Times Woods Defied All The...
You simply couldn’t write the life of Tiger Woods. A man that has seen it all, won the lot and [ ... ]
golf
The Masters Best Picks And Tips: Can Tiger Woods Live The Dream...
Tiger Roll might’ve called it a day after Cheltenham, and Subway might’ve called time on [ ... ]
golf
25 Years On: Remembering When Tiger Woods Became The Masters’...
Way before his slams, his swings and scandals, Tiger Woods paved the way as a phenom in the world of [ ... ]
golf
Everything You Need To Know About The 2022 Masters Tournament
The famous green jacket is up for grabs once again as the golf world descends on Augusta, Georgia for [ ... ]
golf
Where? When? How To Watch? Everything You Need To Know About...
One of the highlights of the golfing calendar arrives next week in the form of the sport’s “fifth [ ... ]
golf
Five Of The Best UK Golf Courses You Can Play For Under £100
The majority of UK golf courses we see the likes of Bryson DeChambeau, Rory McIlroy and Jon [ ... ]
golf
IN PICTURES: Five Of The Most Beautiful Golf Courses In The...
Widely regarded as one of the best looking golf courses man has ever crafted, Pebble Beach in California [ ... ]
golf
Drama Surrounding Saudi Super Golf League Could Rumble On For...
Although this feels like an idea which has just been ignited, the concept of a breakaway league in golf [ ... ]
golf
Why The DP World Tour Will Help European Golf
As the PGA Tour came to a close before September’s Ryder Cup, the European Tour has entered its [ ... ]
golf
USA Complete Ryder Cup Annihilation As Cantlay And Scheffler...
The USA regained the Ryder Cup on Sunday, finishing off a convincing exhibition of matchplay golf by [ ... ]
golf
Team USA Dominate Day Two Of Ryder Cup Leaving Europe With A...
Team USA stretched their lead to 11-5 on day two of the Ryder Cup at Whistling Straits after another [ ... ]
golf
Ryder Cup Pairings 2021 Day One: Rahm And Garcia Eye Up Titanic...
The Ryder Cup pairings have delivered once again. Europe will start by sending out world number one [ ... ]
golf
Everything You Need To Know About The 2021 Ryder Cup At Whistling...
The 2021 edition of the Ryder Cup begins on Friday a whole year after its initially scheduled start [ ... ]
golf
Will Shane Lowry Make It? Europe's Ryder Cup Qualifying Race...
The Ryder Cup kicks off later this month at Whistling Straits and Europe’s men will be hoping [ ... ]
golf
Kids In America: Rookie Duo Maguire And Castren Fire Europe...
The old cliche that youth has no fear is often thrown about in sport, but we saw just how nerveless [ ... ]
golf
Cantlay, DeChambeau Or Rahm To Win? All You Need To Know On...
The PGA Tour heads to the home of some of golf’s most breathtaking courses, Atlanta, with East [ ... ]
golf
Everything You Need To Know Ahead Of The 2021 Solheim Cup
The 17th edition of the Solheim Cup, one of the most prestigious events in golf, gets underway this [ ... ]
golf
Kevin Kisner’s Wyndham Win Shows His Importance To Team USA...
Golf’s showpiece team event, the Ryder Cup, is just over a month away as Team Europe prepare to [ ... ]
golf
Golf's Sibling Superstars Minjee Lee And Min Woo Lee Are Taking...
On Sunday, Australian golfer Minjee Lee overturned a seven shot deficit to beat South Korea’s [ ... ]
golf
Unflappable Collin Morikawa Wins The Open Championship After...
American Collin Morikawa has won the Open Championship’s Claret Jug for the first time after a [ ... ]
golf
Oosthuizen Holds His Nerve To Take One-Stroke Lead Into Final...
Louis Oosthuizen proved once again that he should never be underestimated, as even with a subpar performance [ ... ]