Six minutes was all it took for Burnley to capitulate at Goodison Park on Monday night as they fell to their third defeat of the season and threw away a lead for the second consecutive match. The fundamental strategy that makes Burnley a tough opponent fell apart, quickly and easily.

At around 8:45pm on Monday, things were looking positive if you were a Clarets supporter. Sean Dyche’s side were taking the game to Everton, causing their defence a lot of problems, and should have been ahead in the first half when Dwight McNeil put in an inch-perfect ball that Chris Wood should have buried to make it 1-0.

They came out in the second half with the same attitude and in true Burnley fashion they managed to break the deadlock through Ben Mee. It appeared as though it was going to be plain sailing for the Lancashire club from that moment as the hosts just could not get out of first gear. Burnley were getting the better of them.

Then Rafa Benitez brought his wealth of knowledge and experience into play and made some changes, the main one being his side’s shape. It was a decision which proved to be Dyche’s undoing. The Toffees showed Burnley they are not the only ones who can capitalise on aerial crosses as former Clarets defender Michael Keane headed home the equaliser to bring the crowd to life. Abdoulaye Doucoure, who had been a passenger in the first half, was suddenly dictating play and he quickly assisted Andros Townsend and Demarai Gray to pile more misery on to Dyche’s poor start to the season. 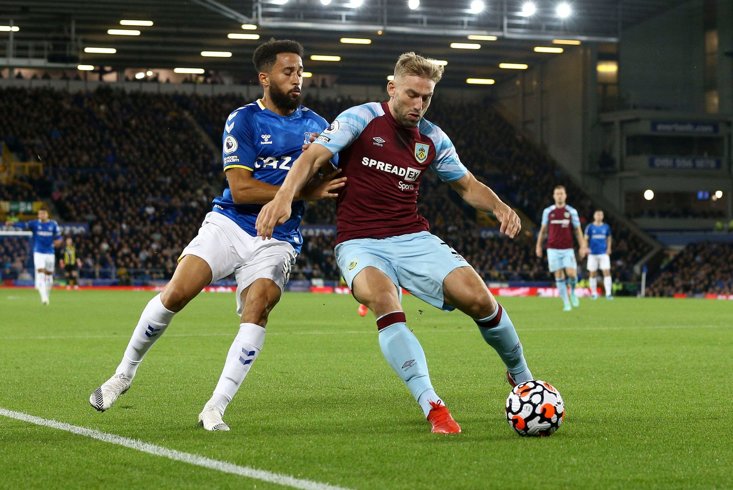 What was most worrying for Burnley was how quickly the team lost its identity, and the foundation of their success in the Premier League, their defensive organisation. The key changes Benitez made to his side allowed Everton to control the midfield, and all of a sudden the Burnley defenders were losing runners and the back line looked frail at best.

It was the second game on the spin in which the Turf Moor outfit had thrown away a lead and if they start to struggle with the defensive side of their game, the pinnacle of Dyche’s philosophy, then there will be little to no chance of them retaining the Premier League status which they have done so well to hold onto for the past five years. Everyone knows the key to Burnley’s survival each year is their organisation and the preservation of clean sheets. But if they fail to fix the gaps in their back line, they cannot rely on the attacking players to ensure that they outscore their opponents, it is just not feasible.

Burnley have some good players, but they simply cannot compete against the clubs with the bigger cheque books in terms of attacking threat. Dyche, who signed a new four-year-contract on Thursday, could change his focus to work on his side scoring more goals, but the reality is that they simply don’t have the resources to be an attack-minded side. In the games in which they have found the back of the net this season, they have still failed to score more than once.

What they won’t want to see is that they are very close to equalling last season’s record for their worst start to a Premier League campaign, when they only picked up one point in their first six matches. They currently have that total after four games this season, and with two tough fixtures against Arsenal and Leicester City approaching, Dyche will need to spend a lot of time fixing the gaps that leaked three goals at Goodison Park to bring back the Burnley that we are all used to, the Burnley that will put their bodies on the line in the hunt for that precious clean sheet.

It is still early in the season, but it is clear there is some concern in the way the Clarets have submitted under pressure so far, and it is something that the 50-year-old has to address urgently if his side are to extend their stay in the glamorous Premier League for a seventh season in a row.

Betfred are offering odds of 5/4 for Burnley to be relegated this season.