After four world titles, 53 race wins and 290 race entries, the legendary Sebastian Vettel is calling time on his groundbreaking 16-year career at the end of this season.

Speaking via video on his newly-created Instagram, Vettel cited family reasons, hoping to see his ‘children grow.’ The German champion will forever be remembered for his four consecutive titles with Red Bull, as well as his commitment to the sport throughout his time at Ferrari and Aston Martin ever since.

As he calls time on his career, Aston Martin’s Mike Krack faces a difficult decision of how to replace Vettel. There are many options available for the Silverstone-based team, with Lawrence Stroll hoping that a new driver doesn’t take up the new resources he’s ploughed into the team since his arrival.

Option one for Aston Martin is to consider using their backup driver, Nico Hulkenberg. Aged 34, Hulkenberg has plenty left in the tank. He’s still got plenty to accomplish in his career, as he hopes to finally break the record of having never reached a podium in his 11 years in the sport, with only one pole in 181 starts.

It’s a slightly less exciting choice, with Hulkenberg having started the season in Vettel’s absence this year after he got Covid and was forced to sit out of the opening two races. 17th and 12th were the best that the replacement German could muster from the AMR21. Alongside Lance Stroll, another driver that’s capable of securing the odd tenth-placed finish, Aston Martin would be taking the easy route with this, and should probably look further to address their issue.

Option number two would be to attempt to recruit a current F1 driver. The shortlist is not a long one, with many drivers perhaps not interested in leaving their current teams to step down to the level that Aston Martin is currently operating at. Sitting 7th in the constructors, only Williams is below the team with just three points.

In terms of drivers on the list, Fernando Alonso is certainly at the top. Despite turning 41 on the day of writing, the Spaniard is driving at the best level he has in years. 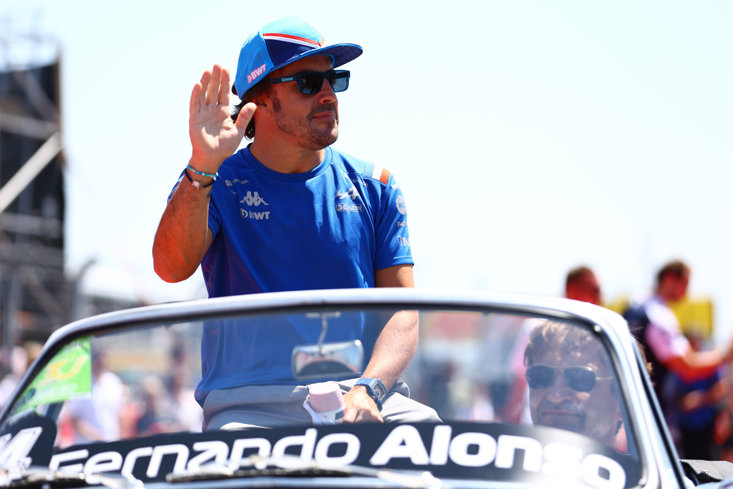 Since returning to the sport last season, Alonso has returned 23 points finishes and 108 points in total for Alpine. His 81-point-haul last season was more than he got since his days at Ferrari back in 2014 and he doesn’t seem to be slowing down.

The only thing that might prevent a move would be Alpine’s desire to keep hold of their star driver, and that Alonso would like to return to Le Mans racing following his F1 career, which Alpine/Renault have confirmed they will support in a statement. Alpine has another ace in their back pocket if this deal was to materialise too, which could benefit both teams, but we’ll come back to that later.

Another ace in the pack is Mick Schumacher, whose contract is set to expire at the end of the year with Haas, and has been putting together solid results with the ‘White Ferrari’ for the last few races.

Not only is his ability to race a pull but the financial asset they hold in such a big name will no doubt bring a positive benefit to the team too in terms of future investment. Stealing him out of the hands of Haas will be difficult, with their close relationship with Ferrari, who Schumacher is an academy graduate from, leading to another route being open for Aston Martin.

The third and final option for Lawrence Stroll and Mike Krack is to delve into the world underneath Formula One. In F2 lies a hotbed of talented drivers waiting for their big break, and sitting atop the list of the most wanted is Oscar Piastri. An Australian member of the Alpine team academy and has experience as a reserve driver for the same team, Piastri is in high demand as people view him as the next big thing in F1.

A championship win in the 2019 Formula Renault, 2020 Formula 3 and 2021 Formula 2 championships have proved that the Aussie is the real deal, and has found success in every single format of racing he’s entered.

A move to Formula One is simply a matter of time, with Alpine hoping to loan the youngster out to another team whilst they see Fernando Alonso to the end of his contract, whether it be this year or next. McLaren is reportedly also interested in buying the services of the 21-year-old, with rumours of a Daniel Ricciardo exit being rife around the paddock, despite his statement confirming his intentions to stay.

Wherever Piastri moves, it’s going to start a chain reaction that ends with successful drivers being without teams, and Aston Martin would do well to bide their time this off-season to see how other teams recruit, and pick the bones of what remains.

Patience is a virtue, often not one found in the sport of Formula One, but it may pay off for Aston Martin next year.