Football
News
As Romelu Lukaku and Paul Pogba weigh up returns to their old clubs, we look back at five players who attempted second spells at their previous sides
Joey Mills
09:35, 04 Jun 2022

They used to say you could never go back, but returning to a former club is becoming more commonplace among footballers. Reportedly, Romelu Lukaku is looking to do it for the second time in as many seasons. The Belgium striker rejoined Chelsea, a club he had left in 2014, in a transfer from Inter Milan last summer. Now after a single season it looks like Lukaku wants to go back to Serie A and rejoin the Nerazzurri. Paul Pogba returned to Manchester United in 2016, four years after departing for Juventus. A free agent at the end of the month, Pogba is now looking likely to return to The Old Lady.

With two of the Premier League’s most high-profile stars looking to return to greener pastures at their former clubs, The Sportsman takes a look at how some of football’s biggest names got on after circling back to their previous sides.

The man simply known as “God” on The Kop left Liverpool midway through the 2001-02 season. His final months in red had been marred by a training ground bust-up with assistant manager Phil Thompson and his increasing obsolescence compared to the blossoming Michael Owen-Emile Heskey partnership.

Feeling forced out of Liverpool by then-manager Gerard Houllier, Fowler had a point to prove during spells with Leeds United and Manchester City. New Reds boss Rafa Benitez obviously noticed, bringing the Anfield hero back into the fold. Injuries and his advancing years limited the striker to just 39 appearances across two seasons. But 12 goals, many of which came off the bench, intermittently reminded Liverpool fans what they had been missing since his 1990s pomp.

The greatest Arsenal player of the Premier League era, Henry was winding down his career with MLS franchise New York Red Bulls when the call came. Arsene Wenger, the manager with whom Henry enjoyed a shared peak, needed cover while Marouane Chamakh and Gervinho took part in the 2012 African Cup of Nations. Henry was a Gunner again five years after leaving to join Barcelona.

Joining on a two-month loan deal, Henry announced his return with a goal that will be replayed endlessly for the rest of time. Coming off the bench in an FA Cup third round tie with Leeds United, the veteran latched on to an Alex Song ball into the box and instinctively turned it home. The Emirates came unglued. The legend had returned.

An injury time winner against Sunderland in the last league game of his loan spell capped off a fun trip down memory lane for all involved.

Emirates FA Cup
@EmiratesFACup
Did somebody say @Arsenal 🆚 @LUFC in the #EmiratesFACup?
What a moment this was for @ThierryHenry 🤩
88
395

Wayne Rooney was the local lad made good. But after emerging as a teenage sensation at Everton, the actual making good was done at Manchester United. The Croxteth forward had become United and England’s all-time top scorer, and his relative achievements ensured he’d always be remembered more for what he did in red than blue.

Everton and Rooney sought to redress the balance when the player rejoined the club on a free transfer in 2017. A return of 10 league goals in 31 games was respectful rather than otherworldly, but there were some special moments. The highlight was probably the goal he scored from his own half against West Ham United, capping his first Everton hat-trick in the process.

After one season, Rooney moved to DC United in the MLS. His brief Toffees return would prove to be his final Premier League campaign.

It feels like Zlatan has been an ageless wonder for about a decade now, but ten years ago the self-proclaimed “Lion” was plying his trade for AC Milan. A spell at Barcelona had ended in acrimony, with Pep Guardiola pursuing a less individualistic approach to tactics (unless that individual happened to be Lionel Messi).

The former Inter Milan man was a hit with the red and black half of Milan, racking up 56 goals in 85 games and lifting the 2010-11 Scudetto. A decade on and he is back with the Rossoneri. Milan had not lifted a Serie A title in his absence. Two years into his return, he has helped them to the title once more. At 40 years of age there can’t be many more miracles, but Milan fans will never forget what he has done for them since returning to the club. 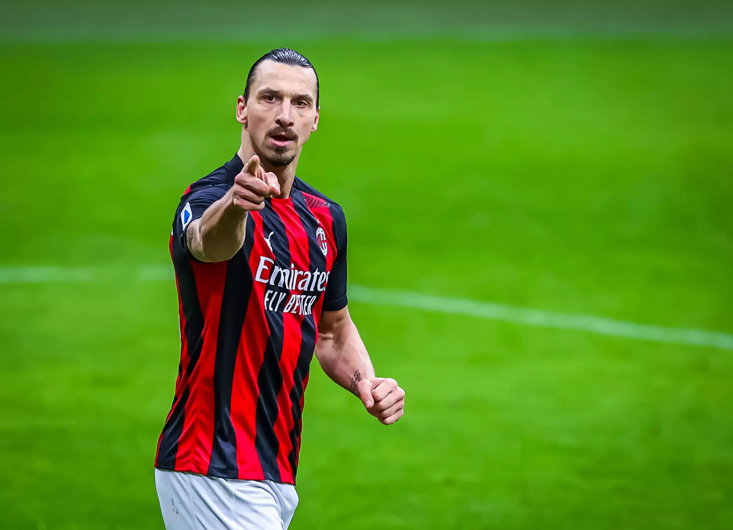 Bringing our story bang up to date, Ronaldo returned to Manchester United in the same summer Lukaku began his second stint at Stamford Bridge. He was far more successful, but his team was shambolic compared to Chelsea.

United blundered to their worst Premier League finish ever, coming sixth with a paltry 58 points to show for their efforts. Ronaldo’s own contributions were one of the few bright spots for fans of the Red Devils. ‘CR7’ netted 24 goals in 38 games, and somewhat controversially made the shortlist for PFA Player of the Year. The Old Trafford hero might have returned to a club in freefall, but from a personal standpoint his second coming has been a success.