Manchester United are going to win the league. Darwin Nunez is the worst signing in Premier League history. Anthony Martial is back and better than ever. Liverpool have gone another 90 minutes in a major cup final without scoring a goal. All of these takes could be found on social media on Tuesday afternoon. The reason? A 4-0 pre-season win for United over Liverpool in something called the Bangkok Century Cup.

Sensible fans on both sides of the historic divide know what yesterday’s game at the Rajamangala Stadium really meant. The sloppy yet entertaining run-out in the Thailand heat was a pre-season friendly. Nothing more, nothing less. But for hordes of football-starved fans crying out for anything to enjoy, analyse or get angry about, it was everything.

Euro 2022 has provided plenty of entertainment already this summer and promises plenty more. But there is nothing like watching your own club, so naturally these pre-season excursions take on increased significance. Yet their place in the football world has been over-inflated over the past decade or two.

Watching your team in pre-season used to mean seeing your favourite players find fitness at footballing outposts like Boreham Wood, Hyde United and, for a bit of European flair, a trip up to St Mirren or Dunfermline. These games were intended to build fitness and cohesion. They served as fact-finding missions for new systems and the best use of recent signings. The results didn’t matter because, by and large, only those in the ground saw the games play out. For the rest of the fanbase, these games existed only as match reports in the local paper or, latterly, the club website.

Nowadays though, no friendly is just a friendly. At a time where clubs will sell anything they can slap the logo on, the pre-season tour is king. Far removed from the gentle strolls against non-league opposition of yesteryear, the pre-season tour is a glitzy showcase for international fans to enjoy. Like a touring rock and roll show, Premier League teams are paid vast sums to play the hits in front of crowds in America, Australia, Asia and anywhere else that will have them.

But fans in Melbourne or Tokyo aren’t going to fill the ground for games against Southport and Guiseley. Pre-season games have become less about preparation and more about box office takings. Hence United and Liverpool’s meeting yesterday. Chelsea will face Arsenal in America later this month, while Premier League champions Manchester City are due to play Bayern Munich in another Stateside clash. On paper these are all tremendous games but, in practice, they put an unnecessary strain on clubs before the season has even begun.

Manchester United
@ManUtd
Making positive steps forward 👣❤️
➡️ On to the next one.
#MUFC || #MUTOUR22 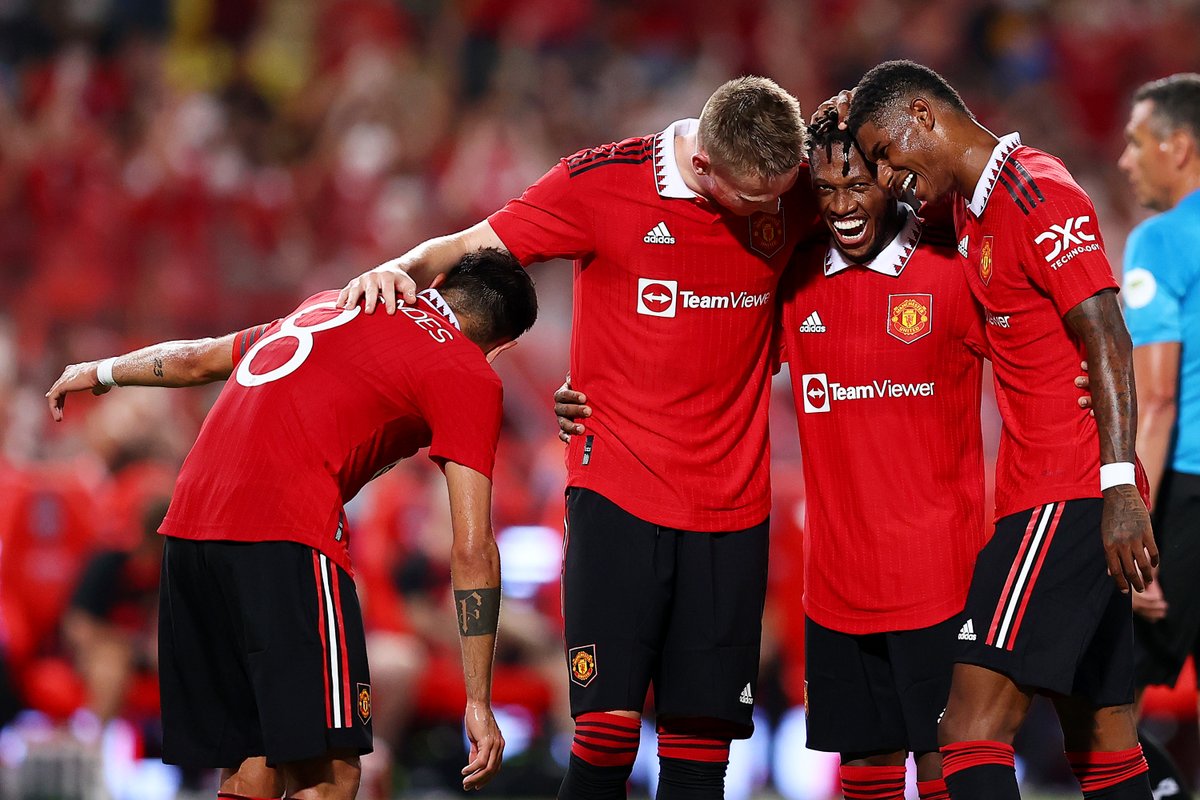 When a rivalry is involved, the situation becomes a pressure cooker. Take regular football away from fans of two bitter rivals like United and Liverpool, then pit the teams against each other, and you are asking for trouble.

On the United side, spirits were high. Erik ten Hag’s first game as manager was cohesive, attacking and entertaining. There were flaws, something the ex-Ajax boss was keen to point out, but that did little to temper fanatics who are probably getting Bangkok Century Cup stitching on their freshly-pressed new home shirts as we speak. The fact Liverpool manager Jurgen Klopp essentially rotated his entire team twice during the game is immaterial. To many, the Red Devils beat their biggest rivals, and beat them well.

On the flipside, Liverpool’s fans have done their fair share of overreacting too. The Merseyside social media meltdowns have centred on £85 million club-record signing Darwin Nunez. The summer signing from Benfica missed a sitter in training the day before the game. The 20-second clip of this indiscretion has certain Liverpool supporters begging Klopp to find the receipt for his expensive new buy. The criticism was not quietened by his performance in the game against United.

His failure to tuck away an easy chance provided when Mohamed Salah’s shot cannoned off a post increased the criticism. This is a player coming off a summer break, having barely trained with his new teammates. Pre-season used to exist to get these players up to speed and assimilated with their colleagues. Now they exist as a hotly-anticipated first look at the new acquisitions. Within this is the embedded expectation that they will arrive as the all-singing, all-dancing finished article.

Tuesday’s game will be swiftly forgotten almost as soon as these sides play their next friendlies. But those will bring a fresh set of hot takes, meltdowns and overreactions. Because a pre-season friendly is not a pre-season friendly any more. Not really. They have merely become the season before the season. Where once they were the starter before the Premier League’s main course, now they function as just another plate at the endless buffet of football. Eat up, sure. But don’t expect gourmet cooking when the season doesn’t start for another three weeks.