Football
News
If the board are not careful, Abraham, like Lukaku, Salah and De Bruyne before him, could well add his name to the list of the ones who got away
Simon Lillicrap
08:00, 04 Mar 2021

Albert Einstein once stated that: “the definition of insanity is doing the same thing over and over and expecting different results.” So what on earth are Chelsea playing at?

This week it was reported that they are likely to let Tammy Abraham leave the club this summer, with West Ham at the front of the queue to secure his signature. With Thomas Tuchel brought in to get the best out of the German duo Kai Havertz and Timo Werner, and with Olivier Giroud back in favour, it looks increasingly unlikely that the Englishman will be first choice, as he was under previous incumbent Frank Lampard.

Yet, Abraham has shown he has the ability to be Chelsea’s leading man, and he is still only 23-years-old, with years to grow before he hits his peak. Despite that, this season he is still Chelsea’s top scorer with twelve goals, averaging a goal every 127 minutes, half of Werner’s one goal every 256 minutes. The fact that the Blues’ top scorer, a young English academy product, is treated with such disdain from the fans and board alike, epitomises what is wrong with the entire club.

Have they learnt nothing from their past mistakes? 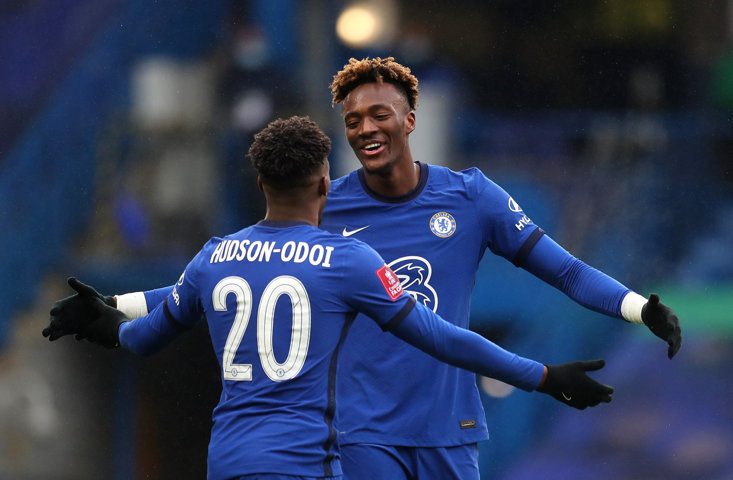 Young talented players were let go after failing to make an impression on the first team, players such as Kevin De Bruyne, Mo Salah and Romelu Lukaku. All three players would have made the Chelsea side more successful and more valuable had they been given the chance. If the board are not careful, Abraham could well add his name to the list of the ones who got away.

But this board and Roman Abramovich have shown they have favourites and that they want to see some return on the £222m they spent on new players this summer. Lampard ruffled many feathers when he (correctly) told the board they needed to buy a new goalkeeper, despite having Kepa Arrizabalaga, who cost £72m in his squad. With Werner joining this summer for £48m, the hierarchy at the club will expect to see him playing, and scoring goals every week.

If Tammy Abraham had been signed this summer for £50m, rather than brought into the first team by Lampard in the season where they were under a transfer embargo, the board would be delighted with his output. Ignoring his 18 goals he scored last season, this term he has a goal or assist every 145 minutes and has missed three big chances, meanwhile Werner has missed 13 big chances, and has a goal or assist every 184 minutes. He’s outperformed his German colleague at every turn.

The fact of the matter is that the Chelsea academy, unlike the academies around the country, is not set up to provide talent for the first team. Frank Lampard set out to change all of that with the likes of Reece James, Mason Mount and Abraham himself being thrust into the first eleven, but ultimately, they are there to be sold on for profit.

The immense army of loan players belonging to Chelsea (now 29, from a previous high of 42) are also here to keep the finances ticking over at Stamford Bridge. A couple of million here and there allow the club to spend big on Europe’s top talent while the value of their young players grows. However, Lampard was changing the philosophy and young academy products were being brought into the side to prove their worth. If he hadn’t been given the job, who knows if Mount, James and Abraham would have ever been given an opportunity at Stamford Bridge?

His sacking was premature, but he has left a small legacy behind in that trio of English players. Selling Abraham would not only burn the progress the club made under Lampard in that regard but also prove the board have learnt nothing from getting rid of Lukaku et al. But this is Chelsea, we already know how this one ends.