England kept their Euro 2022 dream alive with a sensational late comeback against Spain which saw Georgia Stanway hit a stunning winning goal in a 2-1 win in extra-time. At 1-0 down, it looked as though the Lionesses had succumbed to their first major opponent, but this England team simply do not know when they are beaten.

Manchester United duo Alessia Russo and Ella Toone came off the bench and combined for a dramatic equaliser with less than ten minutes to go of normal time, just when it looked as though the dream of a home tournament success had evaporated. That goal resuscitated England’s tournament hopes, and the 120 minutes in total almost stopped the heart of every fan watching on.

Then in extra-time, with an ecstatic crowd behind them in Brighton, Stanway hit a stunner that sent tremors not just along the south coast, but around the entire country. She found space on the edge of the box and the Spanish defence allowed her to pull the trigger. She picked out the top corner, with a goal worthy of winning any tournament.

This was classic England in a major tournament. Tough to watch, tense and energy-sapping. Spain deserve huge credit for the performance they put in given the surroundings, and they were by far the better side in the first half.

The visitors were calm on the ball, set traps with an intense press, and were initially unfazed by the raucous crowd inside the AMEX. Mariona Caldentey had a long-range effort after a lovely passing move and this showed a slightly different intent from Spain, who had been guilty of over-playing in the group stage without finding an effort on goal.

But they kept on coming, and strangely set pieces seemed to be their main threat despite their brilliance on the ball. Lucy Bronze up against several of her new Barcelona teammates and became increasingly frustrated, while Aitana Bonmati in Spain’s midfield absolutely ran the game with incisive passing and clever movement.

Ellen White had the ball in the net from a free-kick but it was ruled out for offside, but the crowd were lifted by that and finally the Lionesses got on the front foot. Lauren Hemp from the right put a header wide as the crowd urged them on, but this was a poor first half showing from the hosts.

And Spain have been a difficult nut to crack for the Lionesses. In their last two-and-a-half games against Spain, they only managed one shot on target. Spain’s game plan was a mixture of rough and relentless, and they were less fussed about keeping the ball that they have previously shown in this tournament. 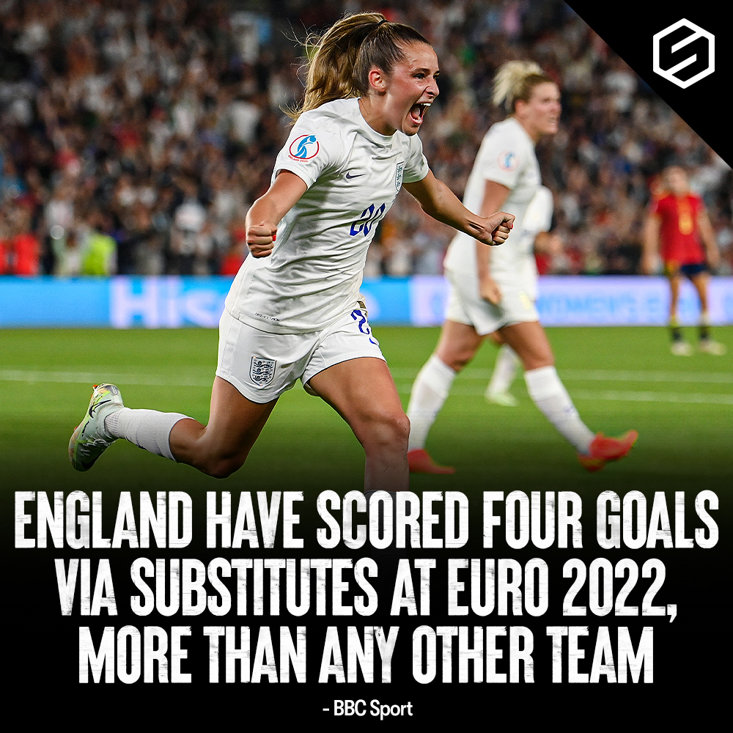 At the break, the criticism of England began. There were questions of tiredness raised, and clear nerves in the stadium, and the returning Wiegman, now Covid-free, needed to give an epic teamtalk.

England’s opening to the second half was far more intense. They hunted in packs, got Mead and Hemp further forward and looked more dangerous, But after a bright start, England were exposed. Rachel Daly dived in from her left-back possession and Athenea del Castillo who came off the bench at half-time beat her to it, before squaring for Esther Gonzalez.

The Spanish forward had half a yard in the area, took a touch and fired into the bottom corner, as England conceded their first goal of the tournament. Now they were under pressure. Now questions would be asked. They had previously only won one of their 11 matches that they have fallen behind in at European Championships and the odds were no longer in their favour. Wiegman responded by taking off Mead for Chloe Kelly and withdrawing White for Alessio Russo.

Hemp could well have been awarded a penalty when she was taken down in the box, but her protests fell on deaf ears. Kirby came off for Toone as Wiegman demanded more from the sidelines, while Mary Earps clawed out a mishit cross from her goalline. It was a save that would prove crucial.

Del Castillo was tearing Daly apart on the right until she was mercifully withdrawn and although England looked more exciting going forward, clear cut chances were few and far between. Then, Wiegman made a big decision. She went to three at the back for the final ten minutes and Millie Bright was sent up front to cause chaos. 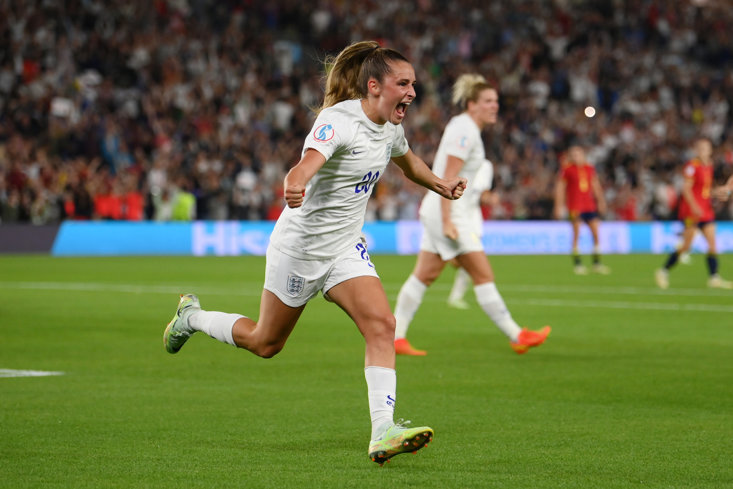 Hemp found space on the right and the decision to keep her on proved vindicated as she found an inch on the right wing and put in a cross that was met by Russo and then volleyed in by Toone. Two subs off the bench combined for a crucial equaliser, and the crowd went absolutely wild.

Bright went back into defence as quickly as she was thrown up front and despite their best efforts, the game went to extra-time. But England kept on plugging away and then Stanway delivered something special. She was given the ball on the half-turn and raced towards goal, and when she was given too much space on the esge of the box, she fired a shot past Sandra Paños.

If the AMEX had seemed slightly subdued at 1-0 down, now it was alive and bouncing. ‘Football’s coming home’ rang around the ground and once again, England believed. In the second period, every block was cheered, every clearance celebrated. The final whistle was greeted with an earth-shattering roar.

For a team that has had things all their own way in this tournament, they flourished under pressure and passed their first major test with flying colours. When their backs were up against the wall they kept on fighting and now, the confidence they will take into the semi-final will be humongous.

26 years after Euro ‘96, England have beaten Spain in a quarter-final again, and this time, they didn’t even need penalties.