Tennis
News
Here's what to look forward to when the semi-finals begin on Thursday morning...
Simon Lillicrap
15:30, 17 Feb 2021

We knew this Australian Open would be different, but even so, a semi-final line-up without Rafael Nadal or Ash Barty and instead with a Russian ranked 114 in the final four would’ve been hard to predict. The semi-final action gets going in the early hours of Thursday morning and here is what we have to look forward to... 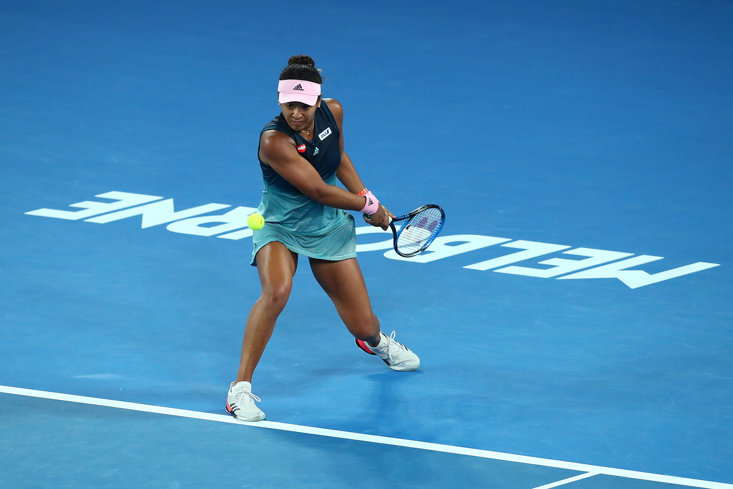 The two giants of women’s tennis meet in Melbourne in one of the most anticipated semi-finals of the modern era. The current Australian Open champion Osaka looks to defend her crown against the second most successful female tennis player of all time, as Williams targets her 24th Grand Slam title to draw level with Margaret Court.

The pair have only met three times in history, and while Osaka leads the series 2-1 both will be coming into this one full of confidence. Williams put in a strong performance against second seed Simona Halep, dominating her serve in a 6-3, 6-3 win. The 23-year-old Osaka came through her quarter-final with ease, beating Hsieh Su-Wei 6-2, 6-2, but also overcame a tough test with last year’s beaten finalist Garbine Muguruza, coming from one set down to win 4-6, 6-4, 7-5.

Osaka has said on several occasions how much she idolises Serena, but can the apprentice beat the master? This could be a semi-final for the ages and finally a chance to see these two talents take each other on while in good form. Don’t miss it.

Sportsman Prediction: Naomi Osaka to win in three sets at 11/4 with Betfred 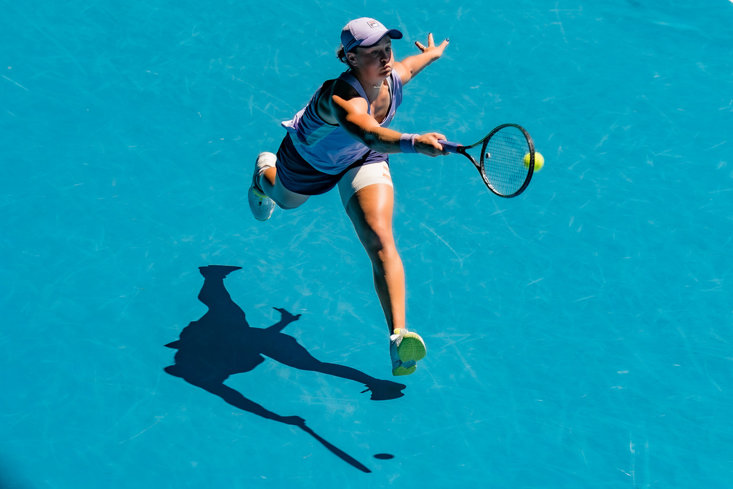 The 25th seed Muchova v 22nd seed Brady may not have the glitz and glamour of the first semi-final but it does provide a golden opportunity for one of the players to make their first Grand Slam final. This is the first time Muchova has reached a semi-final at this level, while Brady has been on an upward trajectory, also reaching the final four of the US Open in 2020.

This is so close to call. Both have made light work of the tournament so far, dropping one set apiece, although the Czech Muchova has faced much tougher opposition. The 25-year-old has beaten sixth seed Karolina Pliskova and 18th seed Elise Mertens in straight sets, but most notably she took out world number one Ash Barty in the last round. Meanwhile her American opponent has only beaten one seed, Donna Vekic (28th) to make it this far.

Both players will be well aware of the shot at glory this match presents them with. It could well come down to who can handle the pressure of the occasion.

Sportsman Prediction: Karolina Muchova to win in straight sets at 10/3 at Betfred 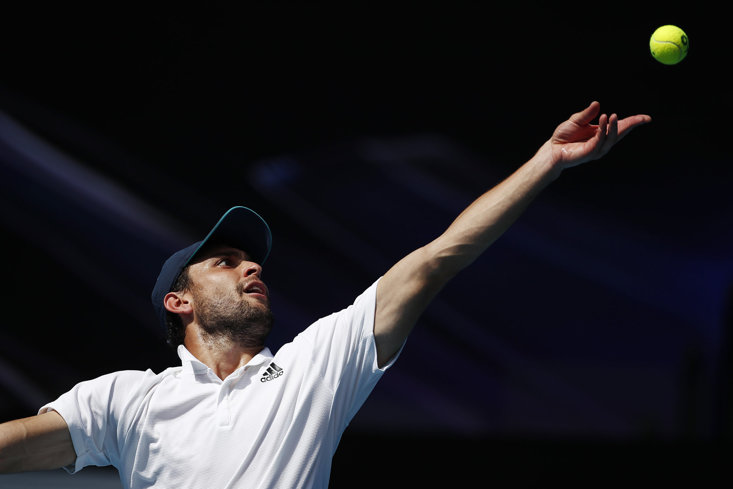 Onto the men’s draw now and, on paper, the most one-sided semi-final since Brazil 1-7 Germany. Luckily for us, tennis isn’t played on paper and world number 114 Aslan Karatsev has been producing some special tennis this tournament. Now facing the world number one and defending champion Novak Djokovic, if he pulls this one off it will go down as one of the greatest sporting upsets we have seen this century.

The Russian had to play three rounds of qualifying in Doha just to make it into the main draw, and in his debut Grand Slam event has been riding the crest of the wave all the way to the final four. He's the first qualifier to make it this far in Melbourne since 1977. The 27-year-old got past an injured Grigor Dimitrov in the quarter-finals and now the man who has never cracked the top 100 gets a shot at the defending champion.

Djokovic came through a four-set tussle with Alexander Zverev in the last eight and looks well set to win his ninth Australian Open title. The toughest draw possible for Karatsev means the fairytale run is likely to end here.

Sportsman Prediction: Novak Djokovic to win in straight sets 3-0 at 8/13 with Betfred 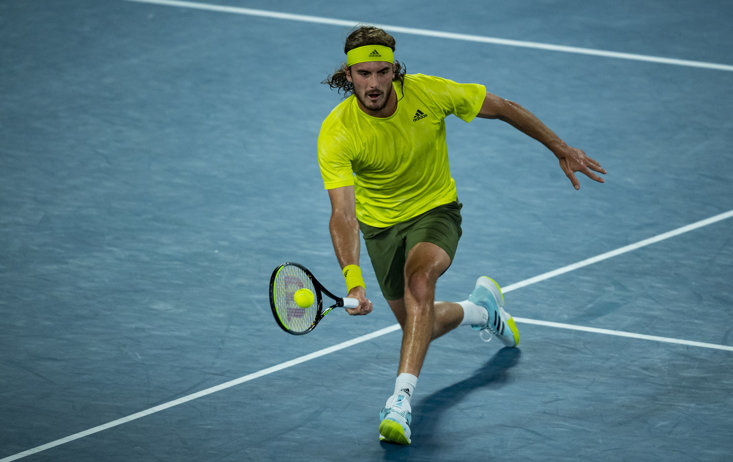 Greek star Stefanos Tsitsipas fought from two sets down to knock out Rafael Nadal in one of the matches of the tournament on Wednesday and set up a semi-final encounter with Daniil Medvedev. To put that in perspective, Nadal had previously won 223 of the 224 matches in which he had gone two sets up. Staggering.

In terms of head-to-head match-ups, Medvedev certainly seems to have Tsitsipas’ number, winning five of their six meetings, although the 6ft 4in Greek did win their last meeting in 2019. Medvedev came through an all-Russian quarter-final, beating Andrey Rublev, and will hope for an all-Russian final if Karatsev can shock Djokovic. The fourth seed has also had the experience of a five-set thriller with Filip Krajinovic, showing great nerves having blown a two-set lead to win the final set 6-0.

Sixth seed Tsitsipas had a walkover in the fourth round but also got taken to five sets in the second round by Thanasi Kokkinakis. This one, played on Friday morning, could be a slog.

Sportsman Prediction: Medvedev to win in five sets at 9/2 with Betfred

x
Suggested Searches:
Tyson Fury
Manchester United
Marcus Rashford
Lewis Hamilton
F1
Air Jordan
More
tennis
Novak Djokovic Is Destined To Become Tennis' Greatest Ever Male...
In an era in which Roger Federer has taken the level of competition to new heights and Rafael Nadal [ ... ]
tennis
Naomi Osaka Wins Second Australian Open With Clincal Display...
Naomi Osaka has won her second Australian Open title and remains unbeaten in major finals after beating [ ... ]
tennis
Osaka And Djokovic Both Looking For History In Australian Open...
So the Australian Open final line-ups have been decided. Daniil Medvedev’s outstanding straight-sets [ ... ]
tennis
Did A Tearful Serena Williams Bid Her Final Farewell To The...
Serena Williams waved as the adulation of the Australian Open crowd came from all four corners of the [ ... ]
tennis
Aslan Karatsev Is The 2000/1 Shot Taking The Australian Open...
You probably hadn’t heard of the name Aslan Karatsev two weeks ago, yet now the Russian will face [ ... ]
tennis
Cautious Novak Djokovic Battling For Record Grand Slam After...
Novak Djokovic showed his battling qualities once more on Sunday and remains on course for a ninth Australian [ ... ]
tennis
Nick Kyrgios Grabs The Headlines Again On His Way To The Last...
Love him or hate him, Nick Krygios is box office stuff. So rarely out of the headlines, the Australian [ ... ]
tennis
Is A Fond Wimbledon Farewell The Best Andy Murray Can Hope For...
Along with Roger Federer, Sir Andy Murray is one of the major absentees from perhaps the strangest Australian [ ... ]
tennis
Australian Open Chaos Should Serve As A Warning For Euro 2020...
The build-up to the Australian Open has simply been like nothing we have ever seen or experienced before. [ ... ]
tennis
Netflix Doc 'Settling The Score' Shines Light On One Of Sport's...
Sporting injustices have tarnished the game throughout history, but the injustices that go under the [ ... ]
tennis
Long Live The King Of Clay! Nadal's Fifteen Year Love Affair...
A million seconds is eleven and a half days, yet a billion seconds is 31 years and seven months.  [ ... ]
tennis
Djokovic's Disqualification Disaster And Other Tennis Stars...
The look of horror hit Novak Djokovic almost as quickly as the tennis ball that rifled into the throat [ ... ]
tennis
Arthur Ashe, The History-Making Trailblazer Who Transcended...
Arthur Ashe is the only black man to win the singles title at each of Wimbledon, the US Open, and the [ ... ]
tennis
40 Years On From Borg, McEnroe And The Greatest Wimbledon Match...
In a match that is widely regarded as arguably the greatest-ever to be played at Wimbledon, Bjorn Borg [ ... ]
tennis
The Tennis Podcast Is All You Need To Get Through The Wimbledon...
Having planned, once again, to broadcast everyday through this year’s Grand Slam tournaments, [ ... ]
tennis
Andy Murray Can Still Compete But Has Nothing Left To Prove,...
Andy Murray knows a thing or two about creating history. The man who became Great Britain’s [ ... ]
tennis
Andy Murray Looking At Miami Open Return After Extended Injury...
Andy Murray is targeting a return to the court at the Miami Open later this month ending his extended [ ... ]
tennis
Maria Sharapova Deserves Respect For Taking Female Earnings...
Maria Sharapova has called time on her glistening career having won every single Grand Slam event and [ ... ]
tennis
Why The Next Month Is Vital For Andy Murray And His Wimbledon...
Sir Andy Murray’s hopes of competing at Wimbledon this year and defending his Olympic title in [ ... ]
tennis
An Open Victory Would Be Huge For Ash Barty, But Even Bigger...
Ashleigh Barty has reached the semi-finals of the Australian Open for the first time in her career following [ ... ]
tennis
Performance Over Outcome: Why Federer Is Still A Beast On The...
The superlative-defying Swiss is at it again. Roger Federer has muscled his way into the Australian [ ... ]
tennis
Mr Shakira And The Multi-Billion Pound Revamp Of The Davis Cup
Premier international tennis tournament the Davis Cup, fast approaching the 120th anniversary of its [ ... ]
tennis
The Young German Ready To Shatter Djok, Federer & Nadal's Ironclad...
Rafael Nadal’s hopes of finishing the season as world number one took a serious blow with a straight-sets [ ... ]
tennis
Here's Why Murray, Djokovic And Tennis's Stars Have Been Confusing...
Andy Murray, Novak Djokovic and the rest of the tennis world have been confusing reporters and fans [ ... ]
tennis
Serena Williams And The Numbers That Have Taken Her To The Verge...
With a straight sets victory over Elina Svitolina, Serena Williams once again stoked fans’ hopes [ ... ]
tennis
Daniil Medvedev: The Moscow Menace Infuriating At The US Open
“Every search for a hero must begin with something every hero needs: a villain.” That quote [ ... ]
tennis
Coco Gauff, Naomi Osaka And Taylor Townsend: Next Generation...
Taylor Towsend stole the headlines at the US Open as the 23-year-old rank outsider knocked out fourth [ ... ]
tennis
Serena Williams v Maria Sharapova: The Rivalry That Tennis Has...
Yesterday’s build-up to the US Open was full of the cliched lines we have heard on repeat for [ ... ]
tennis
Deaf Tennis Player Lee Duck-hee Etches His Name Into The History...
Tennis star Lee Duck-hee cemented his name in the history books at the Winston-Salem Open by becoming [ ... ]
tennis
Novak Djokovic On Course To Ransack Grand Slam Record
Tennis fans around the world are privileged in the current era to witness the most beautiful race for [ ... ]