Tennis
News
The greatest of all time now has many different ventures
Hector Nunns
21:00, 25 Jun 2022

Serena Williams may be the greatest of all time – but the winner of 23 grand slam singles titles admitted on Saturday that she feels a bit like a part-time tennis player these days ahead of a return to singles action exactly year after limping off Centre Court in agony and tears.

Now 40, American Williams competed for the first time in 12 months in two doubles wins at Eastbourne last week partnering Tunisia’s world No3 Ons Jabeur – enough to provide reassurance that recovery from ankle and hamstring injuries was sufficient for the current world No1,204 to take up the opportunity of a Wimbledon wildcard.

While compiling such a formidable playing CV Williams has never been one to rest on her tennis laurels, and has successfully branched out into jewellery and fashion enterprises. And a long-time investor has now proudly launched Serena Ventures after discovering the tiny percentages that venture capitalists generally invested in women and BAME firms.

And there was a glitzy trip to the Oscars for Serena and sister Venus in March, as King Richard – the film about their father and family – earned a best actor win for Will Smith.

However after a year with a lot more time to spend on her off-court activities including showing support for one of the bidders for Premier League club Chelsea, tennis is perhaps briefly and maybe not for too long back on top of the agenda.

Williams, a seven-time Wimbledon singles champion who faces France’s Harmony Tan in the first round, said: “Yeah, it's been totally different honestly. A part of me feels like that is a little bit more of my life now than tournaments.

“When you do have a venture company, you do have to go all in. It definitely takes literally all my extra time. And it's fun. I'm currently out of office for the next few weeks, so if you email me, you'll get the nice 'out of office' reply. Everyone knows that I'll be back in a few weeks. But it's good, I absolutely love what I do. I love investing in companies.

“I'm an investor. Whenever an opportunity comes, I'll always have a piqued interest, and particular in sports. I think I always have a natural love for sport.

“And then the Oscars was really fun, just the whole like tour of that whole moment was incredible to be a part of such an amazing movie. It was something that you don't think about. At best you think of winning Grand Slams, not being nominated for an Oscar for a film that you produce. So it was pretty awesome.” 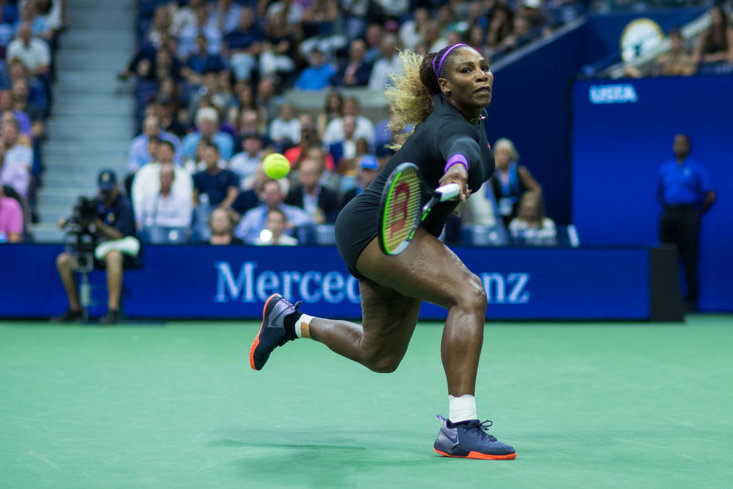 Just a couple of months ago few would have put much money on Williams being at Wimbledon this year. But one of the prime drivers behind deciding to give it a go this year, including scheduling the doubles experiment in East Sussex, was not to leave last year’s torment as an abiding memory of the place that has brought the player so much joy and success.

12 months ago Williams slipped when leading 3-2 in her first-round match against Aliaksandra Sasnovich on Centre Court, and was forced to withdraw a game later.

Williams added: “Yeah, it was a lot of motivation, to be honest. It was always something since the match ended that was always on my mind. So it was a tremendous amount of motivation for that, absolutely. You never want any match to end like that. It's really unfortunate. But it was definitely something that's always been on the top of my mind.

“Wimbledon was tough last year, I felt like last year was tough. I felt like I was injured for most of the year. Then I ripped my hamstring, and that was tough. I don't think anyone ever wants to do that. So in general the whole experience was rough.

“Then from there I still tried to make New York. I gave everything I could, just every day getting ready or trying to make it. But then it's just like, I'm not going to make it. I hung up my racquets for a little bit until I could just heal. It was a tough injury actually to have what I had last year, and no fun.

It was perhaps no coincidence that after Williams’ costly slip on the fresh early-rounds grass last year, the authorities have allowed players to practice on the show courts in the days leading up to the event – something that had caught the great player’s attention as she became one of many to avail themselves of the chance this time.

She said: “It was interesting. You know, on the one hand it's amazing, but on the other hand it's like, well, we have to preserve Centre Court. Obviously I was super happy to be out there and have that opportunity, and it was also good for me to, like, get that out of my system because the last moment I had on Centre Court was probably not my best moment.”