Football
News
The Argentine will leave after a hugely successful decade with the club
Elliott Bretland
11:30, 30 Mar 2021

Sergio Aguero was a man on a mission and would not be stopped. He charged forward, taking the ball back from Mario Balotelli and evaded the outstretched left leg of the sliding QPR defender before lashing the ball home to seal the title for Manchester City. Twirling his shirt, this was the iconic Premier League moment and history was being made before our very eyes.

Nine years later, the attacking Argentine will leave the Etihad Stadium and this really is the end of an era. After firing home 257 goals, Aguero, along with David Silva and Vincent Kompany, helped catapult City into the powerhouse they are today. It is no surprise the trio will have statues made in their honour, to mark their momentous time in the sky blue, lifting trophy after trophy.

Talismanic captain Kompany, who was the ultimate leader, signed in 2008, Silva, the midfield magician, arrived in 2010 and Aguero joined a year after that. The three came to define a new era for Manchester City throughout the 2010s which saw the club annually getting their hands on the Premier League trophy while having a serious chance of winning the Champions League. That triumph still eludes Pep Guardiola’s side but winning it would the perfect farewell. Aguero gave supporters their perfect football memory with that injury-time strike back in 2012 and to be part of an-all conquering City side – remember they are still in the hunt for the Quadruple - before walking off into the sunset would certainly make him a prime candidate for the club’s best player of all-time. 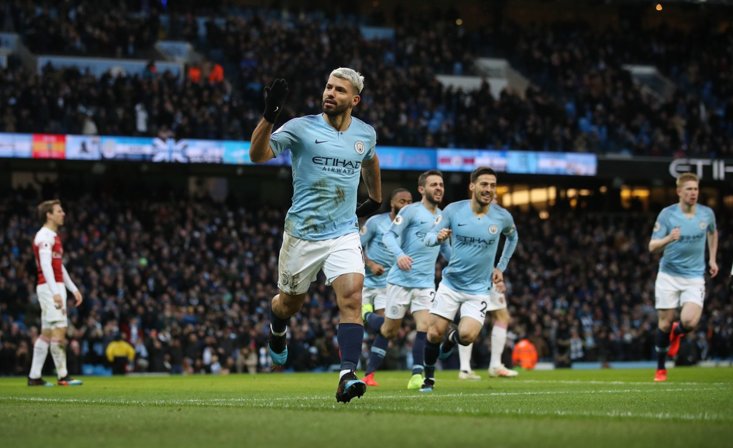 “Sergio Aguero is a player Manchester City fans can proudly put on the table when we’re talking about the greatest forwards the game has ever seen,” Colin from City Report told The Sportsman.

“There was a period where he was the third best player on the planet in 2014, where he scored a stunning hat-trick to single handedly beat Bayern Munich in a must-win Champions League game for Manchester City. His goals have meant success which is what probably sets him apart from the rest; by the end of this season his goals will most likely have contributed towards five Premier League titles, more than Thierry Henry and Alan Shearer combined, and the same amount as Wayne Rooney, in six less seasons in England.

“Sergio Aguero guaranteed goals when City needed them, he produced the moment, and his heir will have a near-on impossible task to live up to the legacy that Sergio Aguero has left. In fact, he will have to walk past his statue before every game at the Etihad Stadium and there can be no greater tribute. City’s best ever player, and arguably the best striker this country has ever seen.”

Aguero is adored by the City faithful and is a seriously likeable character. Opposition teams and fans don’t resent him scoring past them, nor his success. Of course, they don’t like him finding the net against them but they are full of admiration and respect for his abilities and what he has achieved.

“Kun always retained the personality of a kid from the neighbourhood,” compatriot and former team-mate Pablo Zabaleta told FourFourTwo. “Someone who has fun and has the ability to live with a smile on his face every day.”

That is how Aguero will be remembered, he made City’s hunt for greatness fun. He played good football and scored great goals, all with a beaming grin.

“Sergio’s contribution to Manchester City over the last 10 years cannot be overstated,” said chairman Khaldoon Al Mubarak. “His legend will be indelibly etched into the memories of everyone who loves the club and maybe even in those who simply love football.”

That’s true, City fans will miss him desperately, and so too will lovers of the Premier League. Certainly one of the best foreign imports of the last 30 years, up there with Thierry Henry, Eric Cantona and Gianfranco Zola, he has lit up the English game and the famous commentary of ‘Aguueeerrrrrooooo’ will be heard time after time after time.

This is the end of an era but one which will never be forgotten. This was an era in which Manchester City and Sergio Aguero became greats.