Same as it ever was. Lionel Messi has claimed the Ballon d’Or once again, marking his seventh time lifting the prestigious award. Presented by France Football magazine, the iconic golden football statue signifies the best player on the planet. The awards were handed out at the Chatelet Theatre in Paris. Once again, an electorate of journalists, coaches and captains have chosen the legendary Argentinian forward as the finest there is.

Messi also won the last Ballon d’Or to be awarded, which was in 2019. The 2020 ceremony did not take place due to the pandemic. While the lack of an event was totally understandable, many thought not giving out the award itself was harsh on Robert Lewandowski. The Poland striker was the standout candidate, but has had to make do with coming second in this year’s award. Chelsea midfielder Jorginho rounded out the podium in third.

The Ballon d’Or Feminin, the female iteration of the grand old award, went to Alexia Putellas. The Barcelona attacker scored 26 goals last season as her side won the treble. The Women’s Super League was well-represented, with Chelsea’s Sam Kerr in third, ahead of Arsenal’s Vivianne Miedema in fourth.

The Yashin Trophy, awarded to the year’s best goalkeeper, went to Gianluigi Donnarumma. The Paris Saint-Germain stopper was a crucial part of AC Milan’s resurgence before his move to France. He also helped Italy to their Euro 2020 victory. This award is voted on by former Ballon d’Or winners. Considering the main award often tilts towards attackers, there are few people better placed to judge what elite goalkeepers can do. 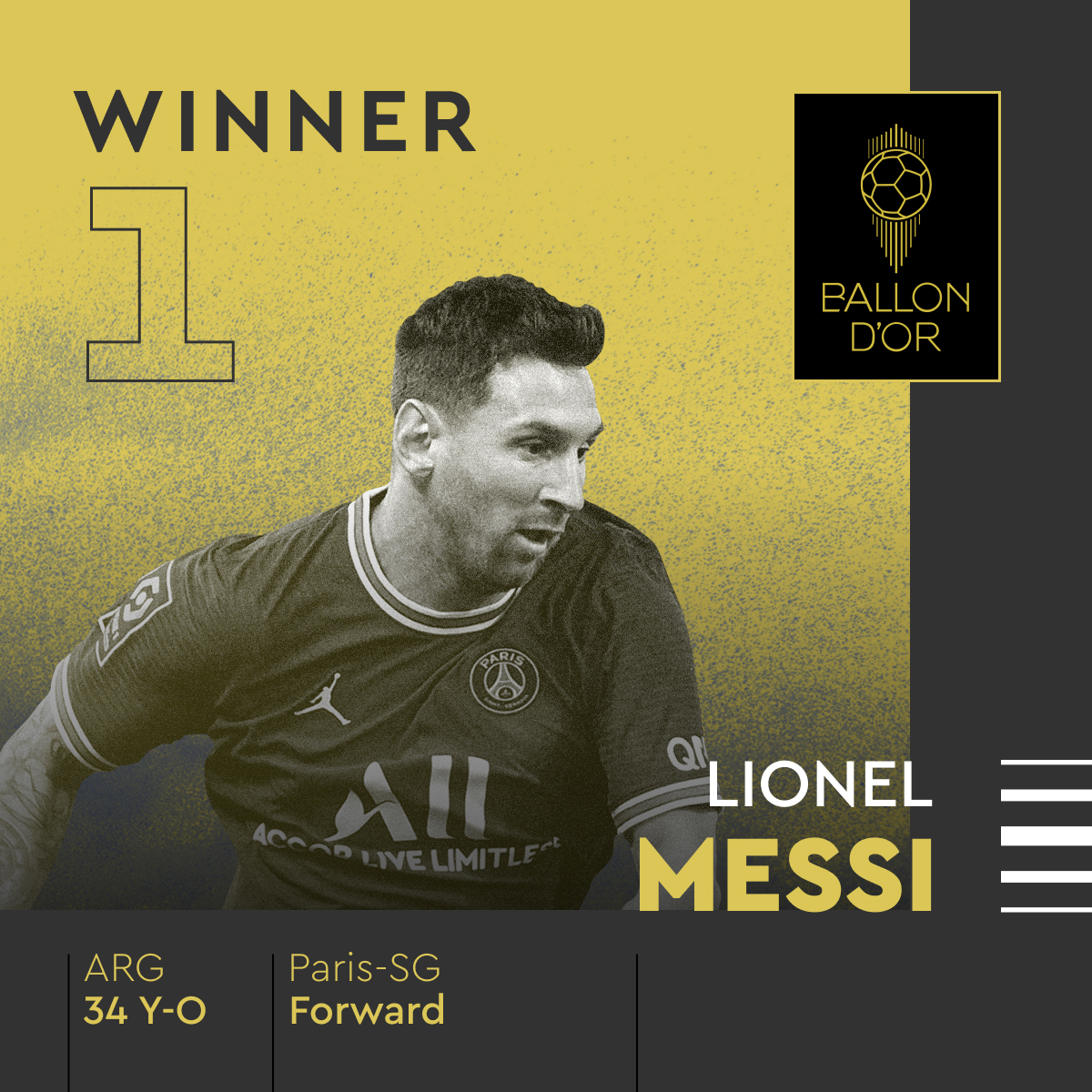 The Kopa Trophy, given to the best player under the age of 21, ended up in the hands of Pedri. Kylian Mbappe and Matthijs De Ligt are the previous winners of the trophy, and Pedri already looks like he belongs in that sort of company given his Barcelona displays.

There were two new awards on the ballot this year; Club Of The Year and Striker Of The Year. Chelsea claimed the inaugural team award, in recognition of their efforts winning the Champions League. Their high volume of players ranked for the main trophy also made them an obvious choice. The striker’s award went to Lewandowski, a thoroughly deserved award, though he must still lament not picking up the headliner.

Ultimately though, the talk will centre around Lionel Messi. Another gong for his creaking mantelpiece, as he officially becomes the world’s greatest player for the seventh time. At 34, there may not be a great deal more of these awards ahead of him, but now is the perfect time to reflect on a truly outstanding career.