In appointing Shaun Wane as head coach, England’s rugby league team have injected everything that many fans claimed was missing under his predecessor Wayne Bennett.

The former Wigan Warriors coach has been handed a two-year contract which will see him lead England to the 2021 Rugby League World Cup on home soil, and nobody could be more proud of being handed such an honour as is Wane.

"Everyone who knows me knows that I've always loved the game of rugby league, and been proud of British rugby league,” Wane said in the statement announcing his appointment.

"I'm looking forward so much to starting work with the outstanding rugby league players we have in this country, and also the guys who have enjoyed success in Australia in recent years, to do all we can to win the World Cup next year."

In that, he covered exactly the issue which undermined Bennett’s four-year spell in charge. To the hardened England fan, the history-making Australian - considered as the Sir Alex Ferguson of rugby league in most circles - had tried to detach the national side from its roots. He had attempted to make the style of play too similar to that of the Australian NRL, favouring players plying their trade down under rather than backing the talent on display in Super League.

He oversaw a narrow 6-0 defeat to the Kangaroos in the 2017 World Cup final, but as a part-time coach dividing his time between England and his day job in the NRL - first with Brisbane Broncos, then South Sydney Rabbitohs - Bennett didn’t immerse himself in British rugby league. He rarely made the kind of choices which seemed natural to those absorbing Super League on a day-to-day basis.

England Rugby League
@England_RL
ðŸ—£ï¸ â€œI am honoured to be appointed Head Coach of my country's national team at such an exciting and important time for Rugby League in England."
ðŸ‘€ A #RLAshes series v @Kangaroos in 2020...
ðŸ™Œ BE THERE: 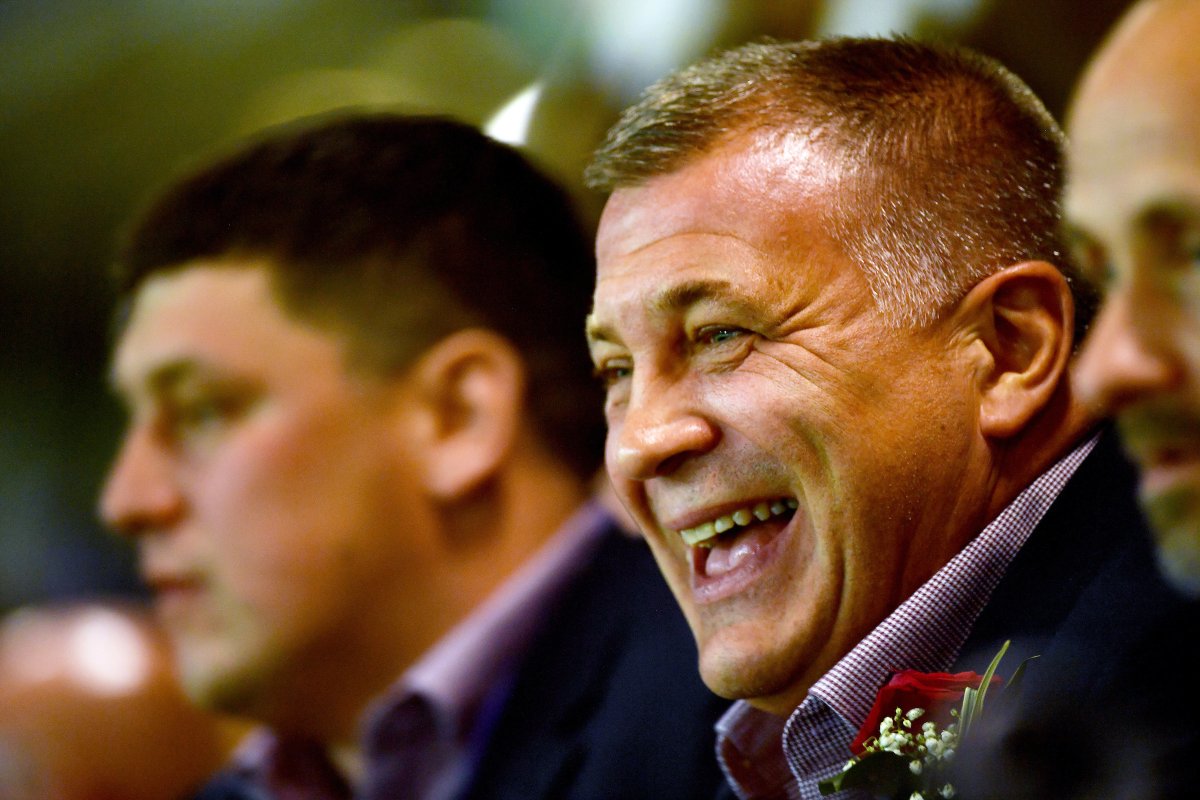 But that is exactly what Wane has always done. As coach of the club at which he spent the majority of his playing career, he led Wigan to three Super League titles, a Challenge Cup and a World Club Challenge in seven years at the helm. And he did so with the community of Wigan at the heart of everything he did.

It was his stated aim to build his squad almost exclusively around Wiganers. Captained by Sean O’Loughlin, Wane’s side was supplemented by the likes of Sam Tomkins, Michael McIlorum, Joe Burgess, George Williams, Oliver Gildart, Liam Marshall, Dom Manfredi and Josh Charnley. All of them locals, many of them relations of Wigan greats from their most dominant era in the 1980s and 90s, every one of them bought into Wane’s ethos.

When he left Wigan after their 2018 Grand Final victory it just felt wrong. For a start he was in tears. “It’s upsetting, no doubt. I don’t cry much – although I’ve just got upset then, haven’t I?” he told Sky Sports following the victory over Warrington which saw his Warriors reign end on the highest of highs.

He insisted it was his own decision, but speak to many in the game and they will tell you that Wane had been undermined by some of the recruitment decisions made over his head for 2019. Wiganers like Sam Tomkins, Joel Tomkins and McIlorum were being allowed - encouraged even - to leave, and that wasn’t what Wane was about.

The decision to leave rugby league completely was a shock too, with a part-time backroom role with the Scottish Rugby Union never likely to be his long-term calling. And that is why his appointment as England head coach makes so much sense. 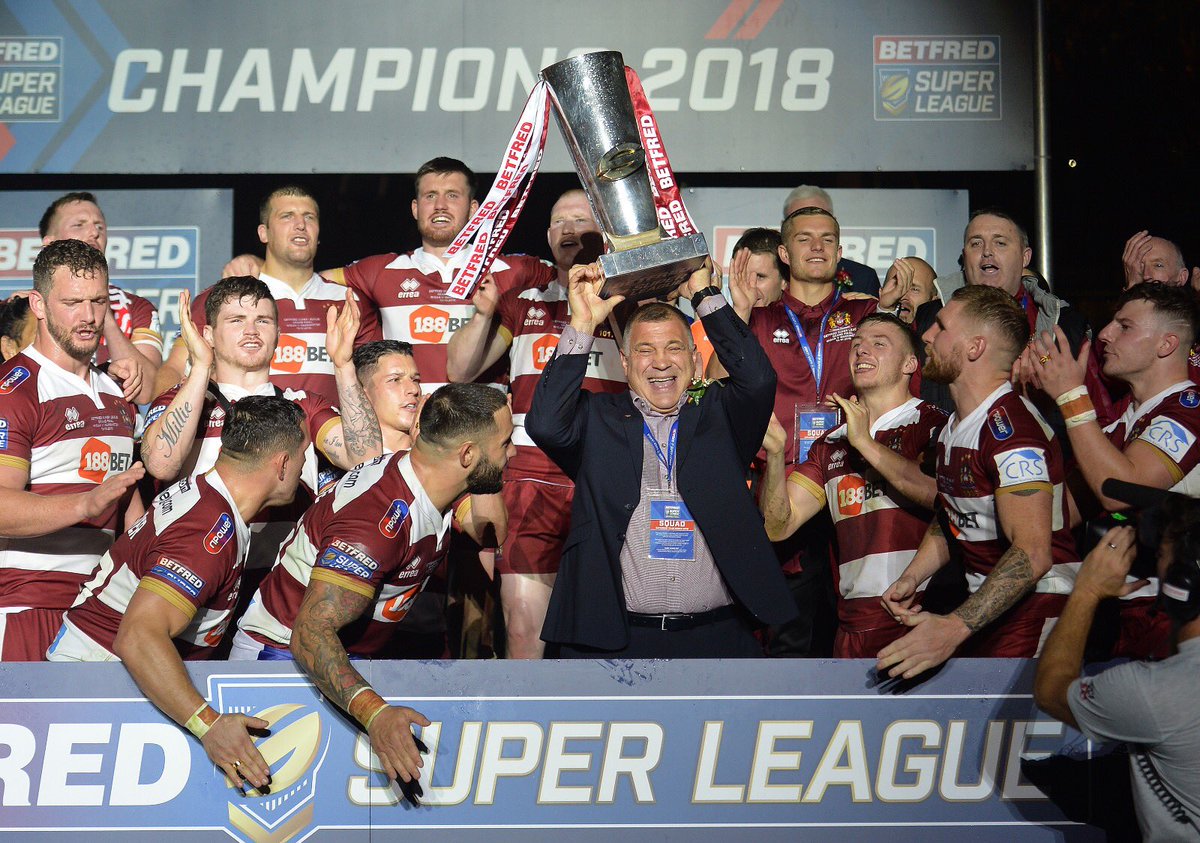 He comes into the national setup at the beginning of a new era and with a chance to have a large say in the direction the country will take after the simultaneous departures of Bennett and England’s head of performance Kevin Sinfield.

Such a passionate advocate for building around players with the heart and mind in the cause, Wane strikes as being the perfect leader of a new vision. He ought to get England’s players playing an English brand of rugby again.

The recent Great Britain tour, which saw Bennett’s Lions lose four games out of four to Tonga, New Zealand twice and Papua New Guinea, can now truly be put in the past.

Wane will bring a new vision, one which still has its critics for the niggle and abrasiveness that can occasionally make his teams a difficult watch, but his style of leadership could well get the national team firing again.

English rugby league has the proudest of Englishmen back in the game. And this time he has the keys to the country.

x
Suggested Searches:
Tyson Fury
Manchester United
Marcus Rashford
Lewis Hamilton
F1
Air Jordan
More
rugby
England’s Beno Obana And Maro Itoje Tackle Race In Rugby In...
Rugby Union has a race issue. It’s uncomfortable to talk about or even acknowledge but it’s [ ... ]
rugby
Hard Men Of Rugby, The Book That Revels In The Legendary Tough...
The famous maxim goes that 'football is a game for gentlemen played by hooligans, and rugby union [ ... ]
rugby
‘Rob Burrow: My Year With MND’ Is Emotional, Educational And...
“I’ve too many reasons to live. I’m not giving in ‘til my last breath.” [ ... ]
rugby
The Rugby Playing Ninja DJ, Welcome To The Many Lives Of James...
Sport, and rugby in particular, needs James Haskell. Brash, outspoken and at times just plain crackers, [ ... ]
rugby
Book Review - Pride And Passion By Warren Gatland
Halfway through this meaty autobiography, Warren Gatland, a confident and successful individual, comes [ ... ]
rugby
Why Rugby League Is Desperate For Government Help Amid Coronavirus...
On Sunday, rugby league had a rare moment in the spotlight. With no football on, Sky Sports invited [ ... ]
rugby
Book Review: Rory Best - My Autobiography
The last few years have been among the sunniest in the Ireland rugby team’s history. Yet [ ... ]
rugby
Eyewatering! 857 Million People Across The Globe Tuned In To...
Approximately 200 years ago, the world’s population was estimated at around 800 million people.  [ ... ]
rugby
Eddie Jones Admits ''I Don't Enjoy Coaching'' As Talks Linger...
Eddie Jones was not giving anything away when asked about his England future but did admit he doesn’t [ ... ]
rugby
New Look Wales Are Vulnerable To England's Intelligent Six Nations...
It’s no secret that, on their day, England have a power game to match most teams in world rugby. [ ... ]
rugby
Eddie Jones Is Determined To Squeeze Every Last Drop Out Of...
Eddie Jones’ team selection for England v Ireland got a lot of headlines, with five locks and [ ... ]
rugby
Huge Fall In Concussions At Rugby World Cup After Successful...
Rugby’s new high-tackle rule saw a huge decrease in concussion incidents at last year’s [ ... ]
rugby
England Channelled Their Inner Tyson Fury To Pummel Ireland...
Onslaught. According to the Oxford English Dictionary, the definition is: “an onset, assault, [ ... ]
rugby
Six Nations 2020: The Recent History Of England And Ireland's...
In a tournament packed with fierce and historic rivalries, England vs Ireland is a doozy. The history [ ... ]
rugby
Six Nations 2020: Can Wales' Defence Be The Difference Vs Recent...
Two nations once renowned for the flair have, in recent years, been written about for rather different [ ... ]
rugby
Six Nations 2020: Italy And Scotland Fight To Avoid The Wooden...
The match between Italy and Scotland has often been dubbed “the battle for the wooden spoon” [ ... ]
rugby
Russell Vs Townsend Is The Talk Of The Six Nations But What's...
Forget the Le Crunch, Calcutta Cup, England vs Wales, and the battle for the wooden spoon. This Six [ ... ]
rugby
Huw Jones: How A Sleepless Night Was The Making Of The Scotland...
It was a stranger’s bout of insomnia which brought Huw Jones to live out his Six Nations dream. [ ... ]
rugby
Eddie Jones Turns Defeat Into Victory With His Very Own Six...
It ended up being a threat more than a promise, but Eddie Jones' decision to name six forwards on [ ... ]
rugby
Owen Farrell Is A Leader Of Men - But Is He The Best Man To...
Alun-Wyn Jones has always been a leader. Ask anyone. But, for years, the softly spoken Sam Warburton [ ... ]
rugby
Meet The Englishman Teaching France To Play Like Wales In The...
It was in the home coaching box of the Stade de France that Shaun Edwards found himself on Sunday afternoon [ ... ]
rugby
Six Nations Big Questions - Why Do Italian Rugby Fans Keep Coming...
Here’s a stat for you - Italy have played 98 games in the Six Nations since they joined in [ ... ]
rugby
Six Nations Gamechanger - Amazon Launch The Most In-Depth Live...
Ever wanted to know the likelihood of a fly-half making a conversion or see just how effective your [ ... ]
rugby
''Absolutely Outstanding'' - Eddie Jones On That Time Fergie...
England head coach Eddie Jones has revealed to the England Rugby Podcast: O2 Inside Line exactly what [ ... ]
rugby
Six Nations 2020: Is It Time To Limit The Number Of Subs In...
In the run-up to the Six Nations this week, Nigel Owens has added his Welsh lilt to the growing [ ... ]
rugby
34 Players, 11 Different Clubs, 8 New Caps - Eddie Jones' Six...
Eddie Jones has named his England squad for this year’s Six Nations with 10 absentees from last [ ... ]
rugby
How Greece Beat Their Own Government To Set Up England World...
Under the cover of darkness, the coaches slipped away from the hotel with the passengers on-board unaware [ ... ]
rugby
Inspirational Captain Kolisi Takes Top Rugby Writer's Accolade...
The Rugby Union Writers’ Club has awarded one of their highest accolades to South Africa’s [ ... ]
rugby
New Coach Warburton Calls for ''Cool Heads'' From Six Nations...
Sam Warburton hung up his boots at the age of 29 and is now immersing himself in the world of coaching. [ ... ]
rugby
Sinfield Blown Away As Sell-Out Crowd Celebrates Rugby League...
Former Leeds Rhinos and England captain Kevin Sinfield has hailed the “unbelievable" show [ ... ]