Shaun Wane’s young England side blitzed France in a frenetic opening 20 minutes, but were then forced to hold off a spirited second half display from the home side, to eventually secure a 30-10 win in Perpignan.

England’s early pressure paid off, firstly thanks to a brilliant piece of skill from Liam Farrell. The Wigan Warriors man span his defender brilliantly to cross within five minutes and Jordan Abdull added the extras to make it 6-0 to the visitors, in an exceptional start for Wane’s side.

Catalans Dragons winger Tom Davies then scored a try of exceptional skill on his debut after England moved the ball out to him on the right-wing. Aware he was running out of room, he shifted the ball into his left hand and then dived for the line, with his entire body over the touchline he managed to ground the ball by a matter of milimetres.

When it comes to playing the elite opposition at the World Cup next year, these will be the margins that matter. In truth, the French defence was hardly providing any pressure for England’s attacks. The third try came moments later as Tommy Makinson had the easiest finish, with the only negative coming as Abdull missed two conversions in a row.

Captain John Bateman got the fourth try after a flowing England move sent him through and Shaun Wane would have been delighted with the performance his young side put in over the opening 20 minutes, one that saw England 2-0 up.

This is a young and promising French squad of course, with 19 of the 20 players come from either Catalans Dragons or Toulouse Olympique - both of whom will be playing in the Betfred Super League next season but they were handed a brutal lesson in the opening 20 minutes, in front of a sell-out crowd at the Stade Gilbert Brutus in Perpignan.

They were always up against it here, France have suffered 20 consecutive defeats against England or Great Britain, a run that stretches back to 1990, when France stunned Great Britain at Headingley. However, the rest of their performance, which saw the home side stem the tide and go in 20-0 down, will give Laurent Frayssinou hope heading into the future.

The second half showed more promise for the French, and wastefulness for England. Having converted a stunning try in the first half, Davies dropped a much simpler opportunity and then France got on the scoresheet. Corentin Le Cam sold England a clever dummy to finish and the home crowd finally had something to cheer about, as their side came back fighting in the second period.

👏 Six tries for England Men in a 20-point win against France in Perpignan.
🏴󠁧󠁢󠁥󠁮󠁧󠁿 #EnglandRL 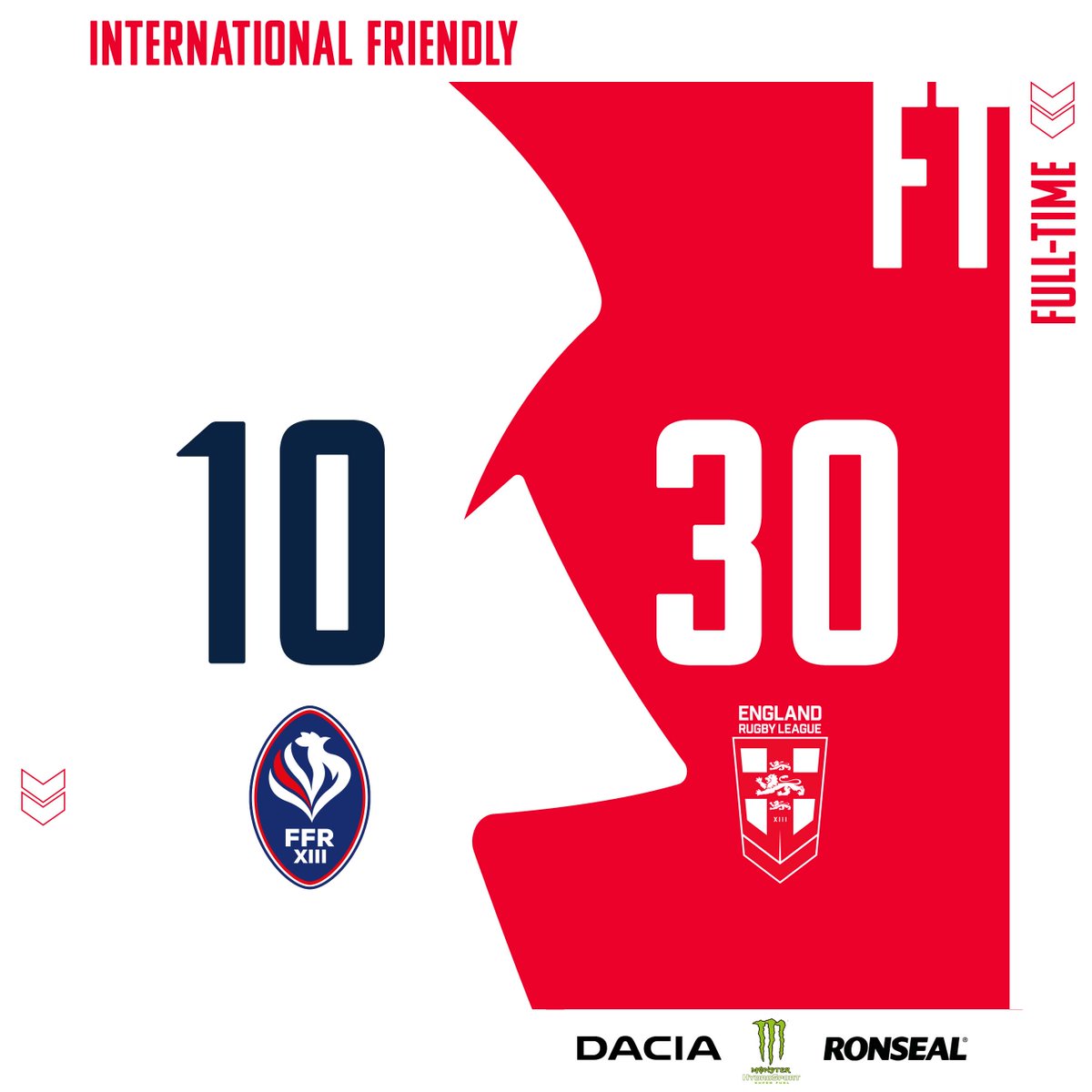 Ten minutes later  Le Cam  once again broke through, but France had a try disallowed for obstruction. But this was a true sign that momentum was with the hosts and England had lost the aggression and intensity they showed in the first period. Farrell looked as if he was heading to the sin-bin after a full-back but remarkably the referee then showed a yellow card to Jonny Lomax, who was nowhere near it.

Makinson crossed for his second of the afternoon to put England in control but a vibrant France came back yet again as Justin Sangare took advantage of the extra man to bring the score to 24-10, however Bateman struck again late on to stretch England’s advantage back to 20.

"The first 20 minutes we made no errors, the more we get through our sets and get in really good shape we will trouble them, but I understand, we have not been together that long and it will get better," Wane said at full-time.

"If somebody gave me this scoreline on the plane on the way over this morning, I would be happy with that. I just with it could have been a faster game."

England’s women also enjoyed a huge win against France in the first part of the double-header. Unlike the men, they were slow out of the traps but put in a strong second half performance, with tries from Amy Hardcastle, Paige Travis, Jodie Cunningham, Tara Jones and Caitlin Beevers giving England a handsome 40-4 success.

This twin Test match, acted as a probable early rehearsal for a World Cup in 2025 that is likely to be hosted by the French, and if this as anything to go by, we are in for a treat in four years time.