Cricket
News
For England this was not the victory they craved, but suggests progress they hope will lead to something special.
Neil Goulding
13:45, 13 Mar 2022

Hammered by arch-rivals Australia, skipper Joe Root just managed to cling on to his job.

But the ECB stuck by Root – and the captain repaid them with one of his trademark centuries as the men’s team showed considerably more fight against the West Indies out in Antigua in a gripping first Test of the three-match series.

It’s not very often a Test match goes the distance these days, but it was Root’s men who were pushing for victory on the fifth and final day at the Sir Vivian Richards Stadium.

On a docile pitch, England overcame a couple of ‘trademark’ wobbles to leave themselves in the ascendancy on the last day.

But despite their best efforts in a search for ten wickets, Root’s team ultimately had to settle for a draw which offered plenty of positives.

England had three centurions in the match. Jonny Bairstow led the way with a fine 140 in the tourists’ first innings.

And then Root (109) and opener Zak Crawley (121) both dominated with the willow to help give England a fighting chance of victory in the first Test of the intriguing three match series.

Some pundits have stressed Root will have be sacked if he loses another series and, arguably, they might be right.

Change can certainly help, but also stability – and Root has certainly shown that in spades with the bat.

He now has an impressive 24 Test centuries to his name, but the Yorkshireman needs to show he has the desire to drive the team forward.

A series victory in the Caribbean would be the perfect way of doing that, albeit it only a stepping stone as England looked to rebuild to try and become one of the world cricketing powerhouses.

"We showed a huge amount of character," reflected Root after his side’s spirited display.

"I'm really pleased with the way we played, especially give the position we were in after that first hour.”
Root was referring to the wobble which saw England in all sorts of bother at 48-4 on the opening day of the Test.

The sign, admittedly, were not great. But thankfully England – and courtesy of Bairstow’s majestical knock – showed they have an inner resolve. 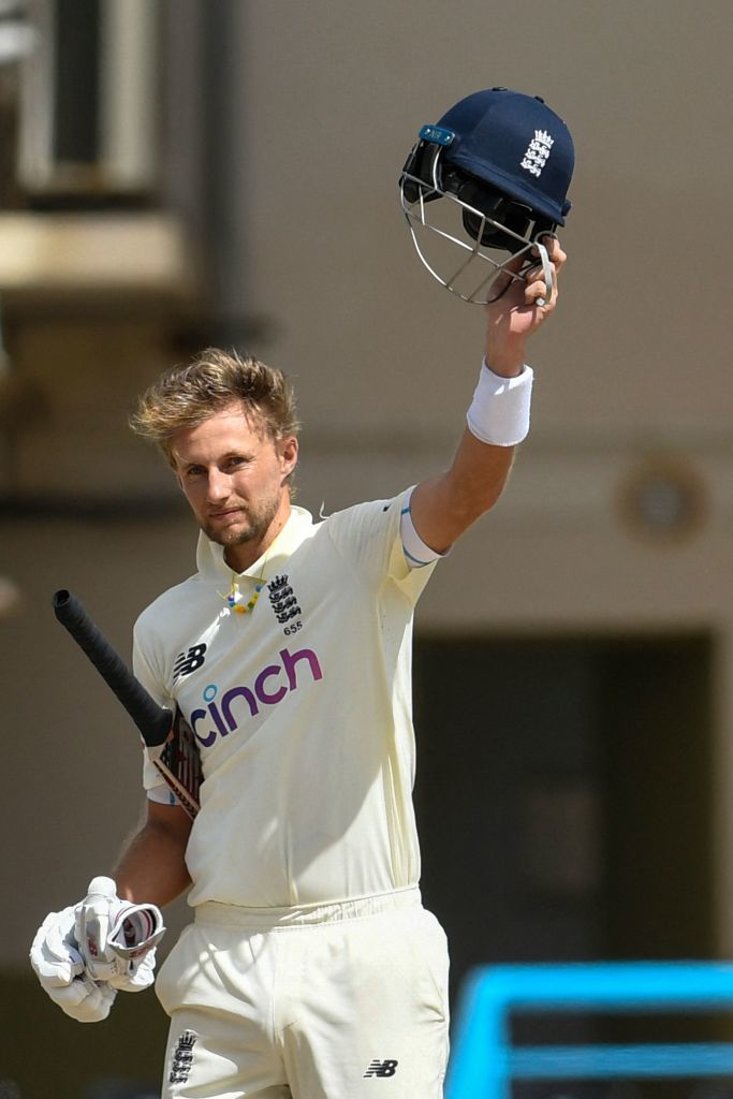 "The guys stayed calm and showed great maturity to get us to a total, especially off the back of a difficult winter and a difficult year where we've not scored anywhere near enough runs,” added Root.

"No-one stopped believing or gave up all day. We really did give ourselves the best chance of winning this game."

Even without injured pace ace Mark Wood (who hobble out mid-Test), England battled right until the death to take the six wickets they needed for victory.

"The way the guys stuck at it, especially having one bowler down as well, showed a huge amount of character and it was a huge step forward in many respects,” offered Root.

And so to the match.

Wobble averted, England posted a respectable 311 all out in their first innings.

Progress because Down Under, against Australia, England failed to post 300 in ten innings.

New wicketkeeper Ben Foakes chipped in with a gutsy 42 to show he’s up for the fight.

The host with 375, thanks to 55 from skipper Kraigg Brathwaite, followed by a superb century from the dangerous Nkrumah Bonner.

Bonner, in particular, looks a real threat to England. He showed incredible patience in his 355-ball innings, which included 12 fours and one huge six.

His innings, plus a cameo of 45 from former skipper Jason Holder, allowed the West Indies finish with a welcome 64-run lead.

Crawley and Root led the way in England’s second innings as they declared on 349-6, leaving the home side needing 285 for victory.

It was impressive England even managed to put themselves in that position given the flat pitch.

And although left-arm spinner Jack Leach gave them real hope with three quick wickets to reduce the hosts to 67-4, the West Indies held on and shut up shot to finish 147-4 at the close.

Bonner again in the runs with a battling unbeaten 38 from 138 balls and Holder with 37 not out from 101 balls, steadying the ship and leaving all to play for.

For England this was not the victory they craved, but a shoot of progressing which they hope will lead to something special.