Football
News
The Uruguay forward has been heavily linked with a move to Barcelona
Joey Mills
16:55, 23 Dec 2021

Fans questioned the logic in Manchester United signing Edinson Cavani on a free transfer in the summer of 2020. In the winter of 2021, they’re now questioning the wisdom of letting him leave Old Trafford. Such is the contradictory brilliance of the strange United career of ‘El Matador’.

Barcelona are reportedly leading the pack of clubs chasing the 34-year-old’s signature in January, with a return to South America for Corinthians also mooted. It is a strange turn of events for a player whose Manchester United deal was due to expire last summer, and who found himself being almost begged to stay at the club.

17 goals in 39 games had convinced the United hierarchy they had found a player worth keeping, and fans were equally convinced. Cavani is wildly popular on the Stretford End for his hard-working displays and his goals. He is perhaps even more revered at Carrington, for the way he passes his wisdom and experience down to young stars like Mason Greenwood and Marcus Rashford. A galvanising presence on and off the pitch, it is widely-agreed Cavani is the model pro. So why does he now look set to leave the club he has so beguiled?

Cristiano Ronaldo is certainly not the only factor at play here, and this piece will not attempt to debate the merits of the Ronaldo transfer. It is undeniable however, that Ronaldo’s signing negatively impacted Cavani’s place in the squad. United already had a world superstar in his mid-30s playing up-front, whose job it was to pass on some of the winning mentality he garnered during over a decade at the top. When Ronaldo, who ticks all those boxes in permanent marker, joined the club he essentially negated the need for Cavani. Through no fault of his own, the magnificent Matador who charged at Premier League defences like a bull fell down the pecking order. This demotion was underlined by the faintly ridiculous and drawn-out issue of the number seven shirt, which Cavani eventually bequeathed to Ronaldo alongside his starting berth. 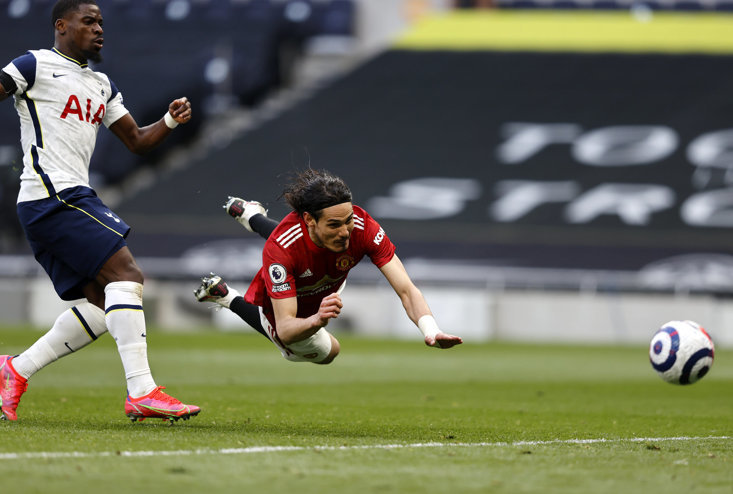 Cavani has played just eight games for United this season. Ronaldo has featured in 18. With a fleet of young forwards to keep happy, such as Rashford, Greenwood, new arrival Jadon Sancho and the glowering presence of Anthony Martial, there is simply too much firepower at Old Trafford. The real issue has been how said firepower has been employed, and Cavani may feel he has not been used as an option often enough. There have been some contributing factors, suchs as injuries and quarantines after returning from Uruguay duty. But for whatever reason to care to name, Cavani has not been on the pitch as much as he would expect this season.

This is where the reported interest in a transfer comes from. At 34, Cavani will want to play as much as possible with the end of his career visible on the horizon. Add in the mental effects of going from Old Trafford talisman to complete afterthought, and you can certainly see the logic behind the move. However, the transfer might not make as much sense for Manchester United.

Cavani’s contract expires this summer regardless, and clubs outside England are free to sign him to a pre-contract agreement in January. Whatever happens from here, United will receive no fee for the forward. However, they may receive a fee for Anthony Martial. The France international’s agent has made no secret that his charge wants to leave Old Trafford at the earliest possible opportunity. This would leave Ralf Rangnick’s side a man down up front, a man who has made ten appearances this season. With Premier League, Champions League and FA Cup football to play after Christmas, Cavani would be sure to find his opportunities increase. Given his energetic, ball-hunting style of play you would think Rangnick would be more keen to put him to work than Ole Gunnar Solskjaer was earlier in the season.

Therefore it makes sense for United to at least keep him until his deal expires. Cavani has never given the impression of a player who would down tools, and he seems unlikely to risk the high esteem in which he is held by fans. The love affair has been brief, but intense, and the Uruguayan will leave United supporters with some memories to cherish. Despite interest from elsewhere, it may be best for Cavani and his club to try and rekindle their spark for the remainder of this season.