West Bromwich Albion have had an underwhelming start to the season. The Baggies are currently languishing in the Championship relegation zone with three points from their first four matches.

Fans have been quick to jump on manager Steve Bruce’s back with his side showing a severe lack of clinicality in front of goal, continuously squandering big chances to win games. While the Baggies have lost just once so far, three draws are not ideal for a side gunning for promotion back to the Premier League - and the Championship is renowned for its unrelenting nature.

The stalwart boss is one of the most experienced coaches in the Football League and boasts the most second tier promotions with four, twice with both Birmingham City and Hull City. But the game has evolved since those days. The style and tactics he deployed then are not necessarily going to help him reach the promised land for a record-extending fifth time.

After being hounded out of his two of his previous three jobs at Aston Villa and Newcastle United, Bruce could have easily rubbed his hands of the game he loves, having been bombarded with abuse on both occasions - even having a cabbage thrown at him during one match at Villa Park. His son and current Albion assistant Alex later revealed how much the effect that the Newcastle abuse had on his dad and the family following his St James’ Park exit. 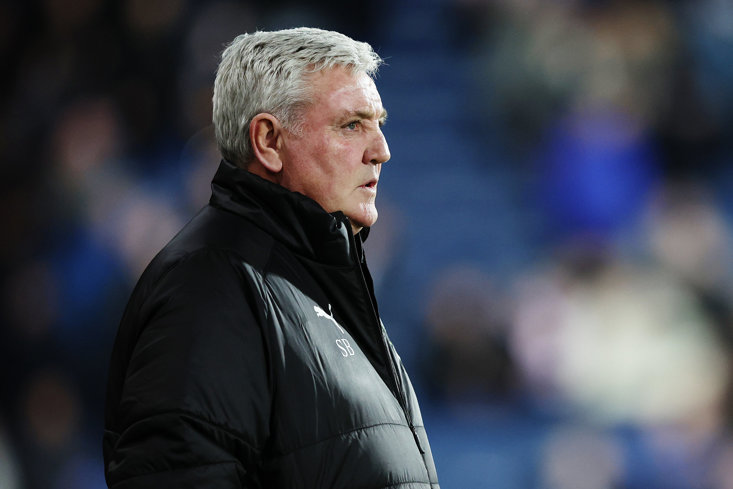 Given those acrimonious exits, it was surprising to see the 61-year-old take the Baggies job following the sacking of Valerien Ismael. Likewise, it seemed a bold move for West Brom to hire a coach who is seemingly on the decline.

Despite Ismael’s limitations at The Hawthorns, he left the club sixth in the table albeit just clinging on to a play-off position when they were expected to be challenging for a top two spot. But when Bruce took over, the Baggies lost their grip on the top six and finished 10th, eight points off the play-offs.

His record after taking over for the remainder of the 2021-22 season was six wins and seven losses from 17 games, and the struggle to come away with three points has filtered into 2022-23. West Brom’s biggest problem last year was converting great chances which affected certain results, and that is still occurring four games into the new term.

Bruce has admitted the difficulties of conducting business, saying he needed five or six additions to strengthen his squad, but has so far only acquired three. Following his pleas for a new striker after the unfortunate injury to Daryl Dike in training after the first game, he has just been left with the wasteful Karlan Grant up top - one of the biggest offenders when it comes to wasting chances. While that is a glaring problem, Bruce doesn’t get much sympathy when the three signings he has made have been three of the best acquisitions in the summer in John Swift, Jed Wallace and Okay Yokuslu.

In Swift and Wallace, Bruce is blessed with two of the most creative players in the league and the duo combined had a total of 42 goal involvements last season - more than what both Barnsley and Hull City managed to score. Of course there have been some strong performances so far and the Baggies have been left to rue missed chances but it was the theme under Ismael and Bruce last year and it has continued, suggesting that Bruce is not the tactician he once was.

Many managers would have called it a day at this point and it is fair to say that this 12th managerial job in a career spanning 24 years may have been one too many. It is similar to what happened with Roy Hodgson at Watford in 2021-22 after a seemingly fitting farewell from his previous post at Crystal Palace. With football being the ruthless results business that it is, if Bruce cannot turn his side’s fortunes around quickly he could be given his third P45 in the space of four years, which will further tarnish his legacy in the dugout.

After all, he has the best promotion record in this division and it would be sad to see that suddenly forgotten. After all, in the court of public opinion, football managers are only as good as their last job.