The Dubai Duty Free Shergar Cup lineup has been announced for this Saturday’s meeting at Ascot as six jockeys are set to make their debuts. Cieren Fallon, David Egan and French rider Mickaelle Michel are among the six riders going into their first edition of the six-race event.

Four new-look teams are set to do battle in the 20th running of the unique meeting. The four teams are Great Britain, Ireland, Ladies and the Rest of the World, with three jockeys in each group. Great Britain will be captained by Derby winner Adam Kirby, who will make his second appearance in this competition. He will be alongside James Doyle and Fallon, who was one of this year’s Royal Ascot-winning jockeys.

Ireland will be captained by this year’s Gold Cup-winning jockey Joe Fanning, with Egan and Tadhg O’Shea alongside him, while the Ladies team will be comprised of Hayley Turner, the most successful jockey in the history of the Shergar, Mickaelle Michel and Scottish jockey Nicola Currie, another debutant.

Speaking via Zoom on Wednesday, Michel said: “I am really excited to ride in the Shergar Cup. It is a new experience for me, I have never ridden in the UK. I am riding at one of the most famous racecourses with famous jockeys and on Shergar Cup Day. I know there is a special atmosphere, so I cannot wait for Saturday.

“I want to be an international jockey like Frankie Dettori and Christophe Soumillon. I have already ridden in many different countries. The Shergar Cup was a goal for me, now it is very nice to be there, and I will enjoy the day. 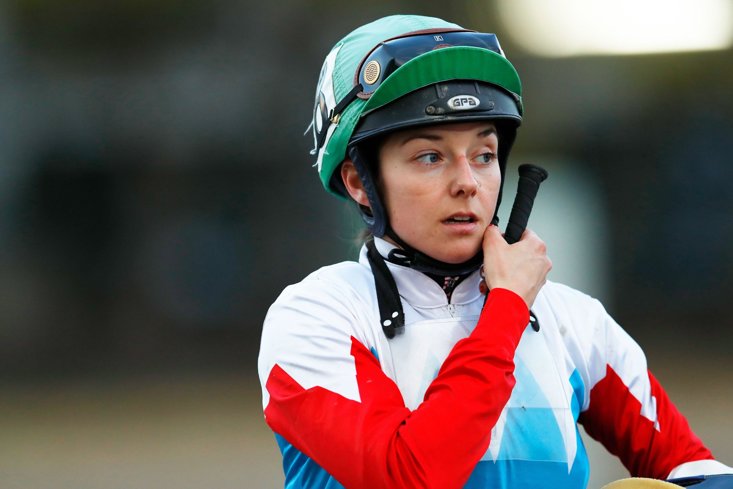 MICHEL IS ANOTHER DEBUTANT

“I am very happy that Hayley Turner is captain. I know her and have ridden with her before. She knows Ascot and the Shergar Cup very well, so it is a good advantage for the team and I’m sure we will be a good team together.

“I have had good experiences across the world and do lots of research to know the horses before the race. I have watched many races in the UK and have ridden a few races with British jockeys. I will walk the track in the morning. I spoke to Christophe Soumillon a few days ago and he has given me some advice about the track. We will see – I have a lot of experience riding everywhere.”

Sean Levey will lead the Rest of the World team, with Danish rider Kevin Stott and Italian Andrea Atzeni completing the lineup.

Nick Smith, Director of Racing and Public Affairs at Ascot Racecourse, said: “We’re thrilled with the jockey line up for the Dubai Duty Free Shergar Cup this year. Obviously COVID-19 has made international travel very difficult so to pull together such a strong set of teams that still has a global feel is really pleasing.

“It should be a great day's racing and another thrilling renewal of the competition which sadly didn’t take place last year but we look forward to building the day back up in the years to come.”