Jack Frost has been playing havoc with the racing programme, but last weekend’s loss is this weekend’s gain as we are set for some stellar action on Saturday and Sunday.

Ascot, Haydock and Wincanton on Saturday will see a few horses put themselves in the festival frame, while Newbury have rescued their ‘Super Saturday’, which will now be a ‘Super Sunday’, and Market Rasen and Uttoxeter also host good cards. There is action, too, in Ireland, at Gowran Park and Navan.

More on that later in the week, since there was plenty going on over the weekend. Warwick also salvaged their Saturday card and ran it on Monday, with the local yard of Dan Skelton and his jockey brother Harry ruling the roost with a hat-trick.

It started with their Arkle candidate, Allmankind, making all in the Kingmaker. He is 9/1 for the two-mile novice chase crown at Cheltenham in four weeks’ time.

He adopted his usual front-running tactics to claim the useful scalp of Sky Pirate by 17 lengths, but this performance did contain a couple of jumping errors (along with some lovely accurate leaps admittedly) and it was the first sign of any jumping frailty as they tried to contain some of his exuberant energy. It may be that he is best when tearing away, but it is doubtful he will get away with those tactics at Cheltenham (and was found out in the Triumph Hurdle last year).

In a normal year, he would probably be favourite for the Arkle, being three from three over fences with a grade-one success among them. But this is no ordinary year. He has last year’s Supreme Novice Hurdle hero Shishkin and the very impressive Irish raider Energumene in opposition to form one of the most eagerly anticipated Arkle’s in recent years. 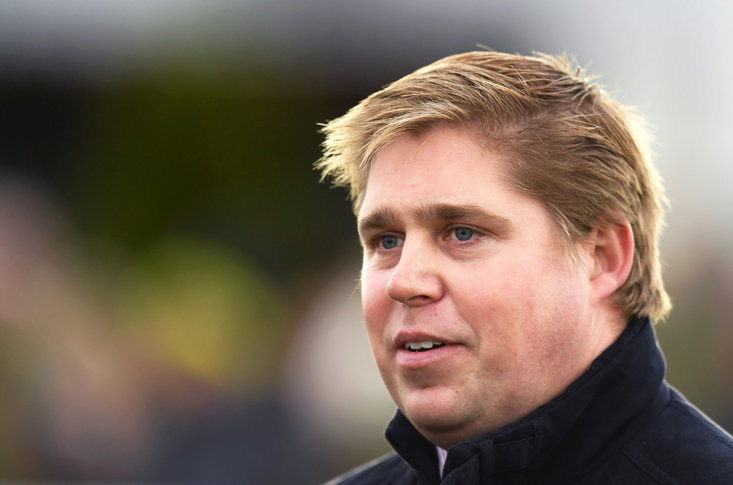 The other feature at Warwick also went to the Skeltons, courtesy of the improving Molly Olly Wishes. She claimed the scalp of the French Champion hurdler Pau’s Saga, who ran like she needed it admittedly, but was well beaten by 19 lengths at the line. She is entered in the Stayers’ Hurdle, but they may be shelved after this effort.

As for the Skeltons, they have another fine mare in Roksana, who is 10/1 for the Stayers Hurdle, and they will have been delighted at seeing this progressive, uncomplicated mare land this listed race. Although not entered at Cheltenham, she is quickly on the rise and will be worth keeping onside wherever she is seen in the future.

At Exeter on Sunday, the same team were in the winner’s enclosure courtesy of Wilde About Oscar in a listed race that has a very good roll of honour, giving weight to and lowering the colours of the very useful The Glancing Queen in the process. He was clipped into 25/1 for the Ballymore Novices Hurdle, which looks the strongest of the three novice hurdles this season.

The Pertemps qualifier went to the very unexposed Brinkley, who ploughed through the testing conditions to give a mud-splattered Tom Scudamore and David Pipe a double after Martinhal took the opener.

Brinkley could be a huge player in the Pertemps Final itself on the Thursday if the handicapper doesn’t overreact to this victory, and at 16/1 may be worth an each-way play with Betfred paying five places on all festival handicaps. He is a young progressive and lightly-raced stayer who may not need a bog to be seen at his best despite his recent efforts coming in heavy ground.

So, four weeks and counting to the ‘Greatest Show on Turf’, we will be back later in the week to look ahead to the weekend's racing along with a bumper reaction to come early next week.