Peter Wright will meet Michael Smith in Monday’s PDC World Championship final, after winning an utter thriller 6-4 over Gary Anderson. ‘Snakebite’ broke one of Anderson’s own records in the process, hitting 24 maximums, a World Championship record. There was history for Anderson too, who recorded his 500th Alexandra Palace 180.

The meeting of the two former champions began at a rapid pace, with Wright taking control. The third leg saw him break the throw of ‘The Flying Scotsman’ with a superb 11-dart leg, and he averaged 108 to Anderson’s 106 in a high-quality set. The pair kept this frenetic pace going in the second set, with another 11-dart leg from the Livingston man helping him go two-up on his countryman.

Wright made a shaky start to the third, and bungled 96 which allowed Anderson to checkout with 48 for the first leg. The mohican-ed legend rebounded well, knocking down a 180 to start the third and going close to matching it, before settling for a 140. Wright then knocked down 76 to break Anderson’s throw, and pinned double 18 to take the set after his opponent rallied.

A timely 180 and a break of the Wright throw saw the world number six begin to ease into this high-stakes semi-final, and was enough to take the set. Anderson would take the next one too, and the first signs began to creep in that we could be in for something truly special here.

‘Snakebite’ responded brilliantly, winning the first leg of the sixth set in ten darts and the second in twelve. Anderson’s 180 in the third leg helped him on his way to breaking Wright’s throw, before Wright notched a 180 of his own in the following leg. The 2020 champion hit double eight to take the set, and it looked like normal order had resumed.

These renaissance dart-ists hit duelling 180s to open the seventh set, but Anderson was painting a masterpiece on that board at this stage. The 2015 and 2016 winner fought back and clinched a vital set to go within one of Wright. The following set was intense and featured some of the best arrows of the entire evening. Wright’s 180 in the second leg was followed by an exchange of 140s. Anderson’s 101 checkout kept him alive at 2-1 when Wright was on the cusp of the set. ‘The Flying Scotsman’ started the next leg with back-to-back maximums, the second of which Wright answered in kind. This really was gladiatorial stuff, and Ally Pally was rocking. Anderson went within a wire of knocking down double eleven to take the set to a deciding leg, before Wright put himself within a set of the match.

The nerves seemed to set in for ‘Snakebite’ in the ninth set, and Anderson seized upon the opportunity. A pair of 180s did the damage, before an 11-dart leg put him back within one of Wright. Anderson started the next set scoring well, hitting a couple of 140s before Wright answered with another 180. This was darts of the highest quality, with Wright’s shakiness from the previous set expelled. Both men were throwing close to their best, but ‘Snakebite’ was that little bit more venomous and he took the match with a 116 checkout to book his place opposite Michael Smith in the final.

PDC Darts
@OfficialPDC
𝗧𝗵𝗲 𝗙𝗶𝗻𝗮𝗹!
So the final is set... It's Michael Smith v Peter Wright!
Who will lift the Sid Waddell trophy and be crowned the 2021/22 @WilliamHill World Darts Champion?
#WHDarts 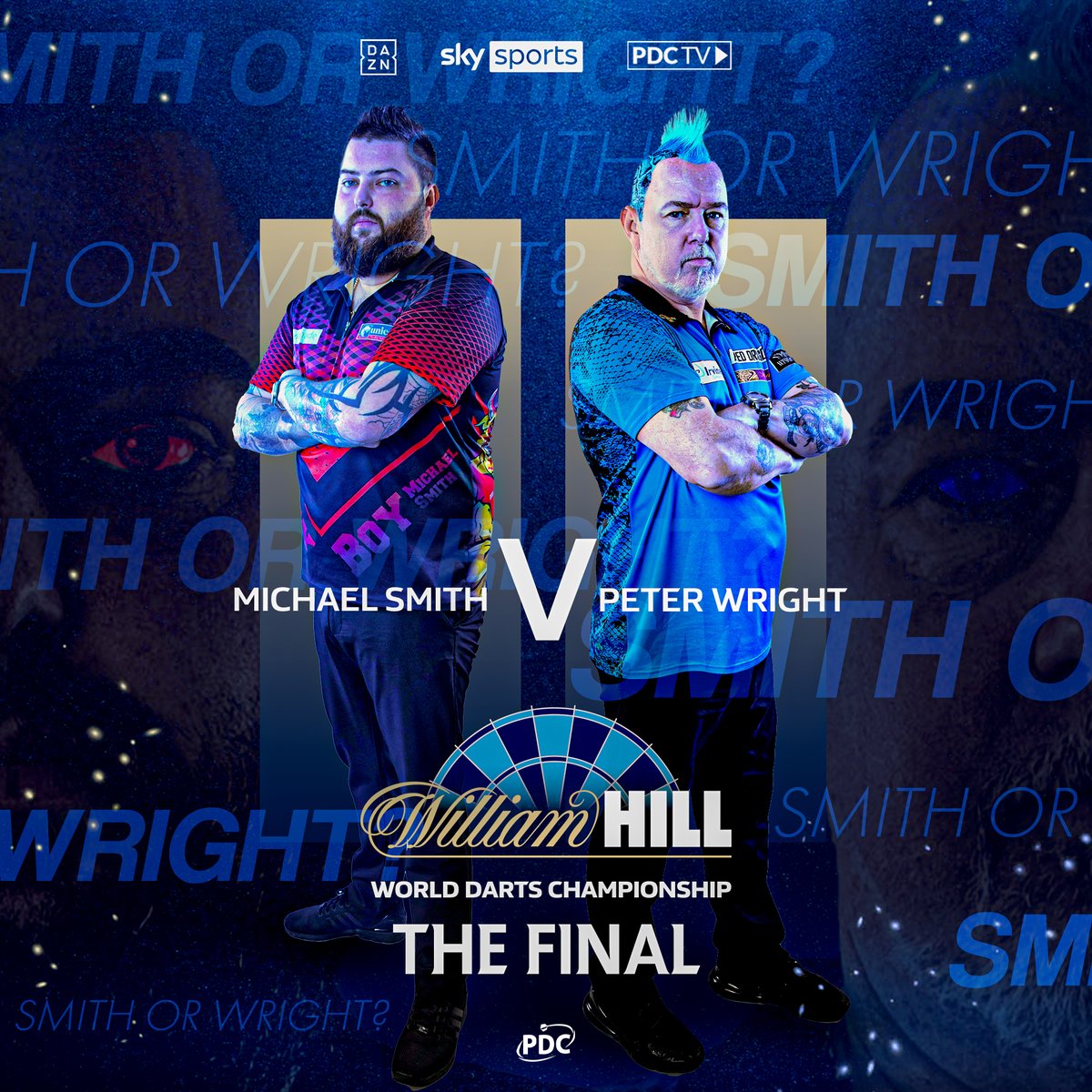 James Wade tasted PDC World Championship semi-final heartache for the fourth time, as Michael Smith reached his second final. The 2019 runner-up triumphed 6-3 at Ally Pally, staving off a series of potential comebacks from ‘The Machine’.

Smith came into the match with the highest tournament average out of the four semi-finalists, and he certainly played like it. While ‘Bully Boy’ was at ease when holding his throw in the opening set, Wade laboured over the legs he won. A pair of maximums from Wade portrayed a man getting his eye in, but Smith would take the set by pinning double four.

The high-scoring continued in the second, and by the end Wade had equalled the four 180s he had scored across the whole tournament so far in just two sets. But Smith was the dominant player, and he averaged 106 across the set before checking out with a big 114 finish.

A rout looked on the cards as Smith hit a 180 in each of the first three legs of the third set, but Wade began to find his best form at this crucial stage. ‘Bully Boy’ had two set darts, but when he couldn’t take them the 10-time PDC major winner struck back with a 121 checkout to gain a foothold. The momentum was in Wade’s corner as he took a two-leg lead in the fourth set. Smith completed a magnificent comeback to take the set, in what was a real turning point for the match.

The pair exchanged breaks of throw in the fifth, with Wade taking the opener before the St Helens man roared back with an eleven-dart leg to break him back. Smith was bolstered by this, and went on to take another set with a smart 78 checkout. A vital 180 in the third leg of the sixth set put him one away from the final, but his 38-year-old foe would not lie down just yet.

Smith started the seventh strongly, checking out on 112 to take the first leg. After eight treble-less visits from the 2019 finalist, Wade would snatch the set with a huge 160 finish and we looked set for another Ally Pally classic.

The case for a comeback was strengthened when Wade pinned double-ten to take the following set, but alas he would fall to a fourth semi-final defeat as Smith got the job done in the concluding ninth set.