The 2018/19 Premier League season has concluded with Manchester City retaining the title, whilst Cardiff City, Fulham, and Huddersfield have suffered the ignominy of relegation.

In total, 505 players represented the 20 clubs at some point this season, but while the likes of star acts Virgil van Dijk and Raheem Sterling will grace the English top tier for the foreseeable future, a good number of players are set to depart.

We’ve collected together the very best of those who find themselves at the end of the road at their respective clubs.

Tough category this one, featuring Willy Caballero, Artur Boruc, Adrian, and Heurelho Gomes, but it’s Dutchman Vorm who gets the selection. Vorm was recruited in a sizzlingly sensational summer of swaps between Swansea City and Spurs nearly five years ago. The 35-year-old has found his chances limited even as deputy behind Hugo Lloris and now Paulo Gazzaniga, but has pedigree (despite him shipping in seven goals in his last four appearances between the Lilywhites sticks).

The Spanish full-back gets the nod over his compatriot Nacho Monreal, who is set to leave Arsenal after six years, due to his younger age and his apparent courtship by none other than Barcelona.

It’s highly unlikely that captain Kompany will cut all ties with champions Man City, but his signoff in their last home match, in which he produced the stunning winner certainly seemed to indicate that his playing time as a Cityzen is coming to a close. After over a decade, and having brought home everything to the Etihad - bar the Champions League - it would be a fitting time for the 33-year-old Belgian to step down.

Fuming at his treatment at the hands of Chelsea manager Maurizio Sarri, the highly-decorated Cahill should jump at the chance to prove his worth at another Premier League club, whilst his years of experience should be coveted.

The Premier League winner (sorry Carra) announced his departure from the Foxes earlier this month, having found chances sparse with the exceptional Ricardo Pereira and Daniel Amartey ahead of him.

Bit of a cheat this one, as it’s becoming quite crystal that the Spaniard’s destination lies elsewhere (*ahem* Paris *ahem*). Still, many a Red Devil tear has been shed since his passionate declaration of his enjoyment at his time at Manchester United, which has returned the League Cup, Europa League, and FA Cup.

Genuine all-round nice guy and a member of the Manchester United 200-club, Juan Mata could be set to leave Old Trafford after five-and-a-half years. Rumours abound of a potential extension and Mata does have a restaurant in the city, but - in the immortal words of JoJo - it’s looking just too little, too late.

Though he’s having a bit of a resurgence in the Netherlands national team set-up under Ronald Koeman, Babel could do nothing about resurrecting Fulham’s chances to remain in the top tier. Upon his arrival in west London in the winter transfer window, Babel proclaimed he had ‘unfinished business’ in the Premier League following a poor time at Liverpool between 2007 and 2011. His form in the latter stages of this season when Fulham’s destiny was confirmed hints that this could still well be the case.

It’s a fluster of Fulham flops on the flanks here, with Lazar Markovic not only being brought in to help salvage the Cottagers season in January, but also like Babel is a former lacklustre Liverpool layabout.

There’s simply a smorgasbord of centre-forwards up for selection, and whilst it would be nice to reunite England pairing Daniel Sturridge and Danny Welbeck, seeing as they have accumulated almost 30 injuries between them since the start of the decade and plus, they haven’t been able to add any more Premier League medals to their collection, it’s good luck to any one who wants to roll the dice on either of these two. Instead, Chelsea’s Olivier Giroud gets the nod, the third-highest goalscorer for the France national team and proprietor of an absolutely stunning beard to adorn his phizog.

Partnering Giroud upfront is Tottenham Hotspur striker Llorente, whose contract expiry will likely prompt the Lilywhites to finally sign someone.

The Spaniard was never in with a chance of displacing talisman Harry Kane in the Spurs spearhead, but the former Swansea man could finish his two-year-tenure in N17 as a Champions League winner, and having scored in every competition this season. 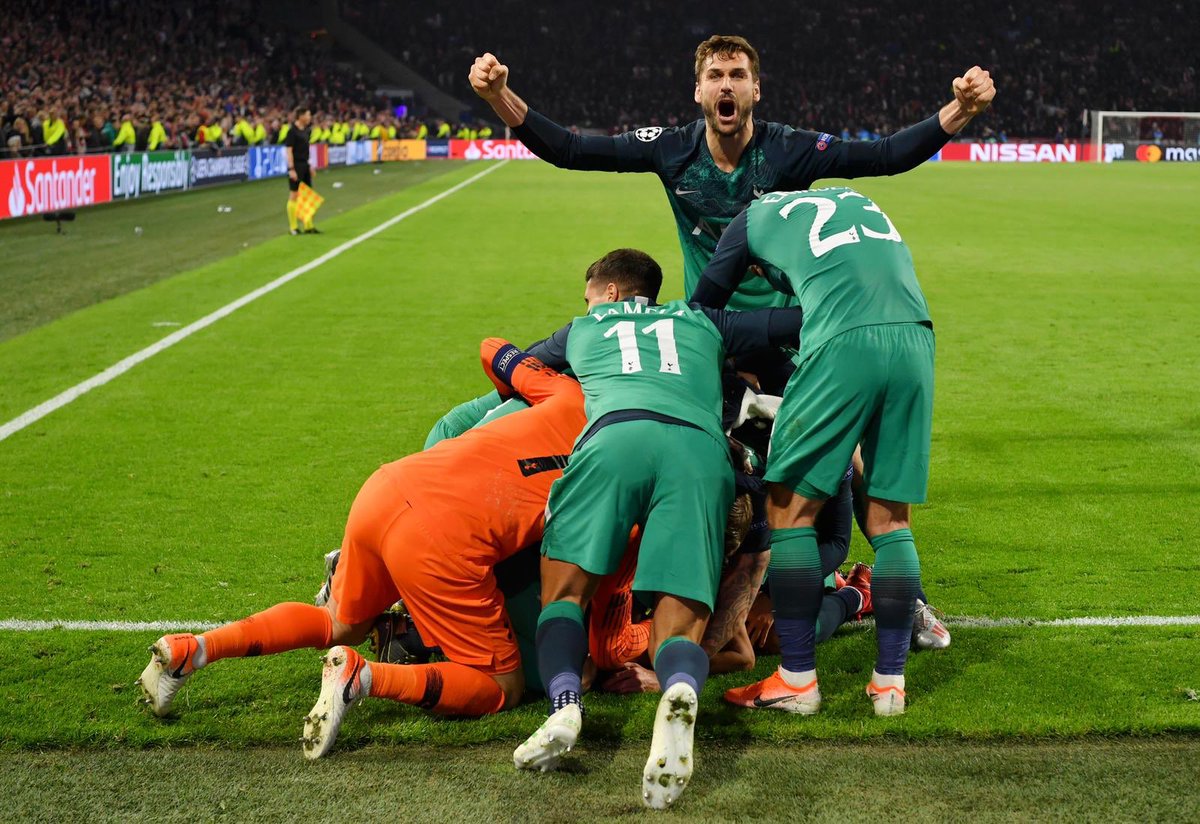