James Milner has signed a one-year contract extension with Liverpool. The midfielder’s deal was due to expire this summer, but the 36-year-old has committed to the domestic double-winners until June 2023. With The Reds facing a time of tremendous change, and still trying to shrug off the disappointment of their collapsed quadruple bid, stability is key. Milner has often found himself wrongfully criticised as “boring”, but that dependability and quiet professionalism is actually the very virtue that keeps him at the sharp end of the game well into his 30s.

Liverpool manager Jurgen Klopp has welcomed the move, waxing lyrical about the man he calls “Millie” on the club website. “I am delighted by this news. It’s important for us – all of us.” Hailing the former England international’s contributions, Klopp said, “We just want the same from him again, because that’s not possible to replace. He can still do it and we still need it.”

That issue of replacing elements of the squad is a contemporary one for Liverpool. The side that has carried them through an incredible era, in which they have lifted the Premier League, Champions League and now both domestic cups, is slowly breaking up. Their wonderful Senegalese forward, Sadio Mane, has decided his time at Anfield is up. The ex-Southampton star is being courted by Bayern Munich, and looks unlikely to stay at Liverpool.

Mohamed Salah is another modern Liverpool legend with an uncertain future. The Egypt forward is yet to sign an extension on his deal, which runs out next June. While it is understood Salah wishes to see out the remaining year on his contract, and is in no rush to leave, this is still a cause for concern.

Therefore, the commitment of a vastly-experienced, decorated and experienced presence like Milner is vital. The veteran can play an important role in schooling any summer recruits on what it means to play for the football club. He also knows better than most what it takes to win major honours. 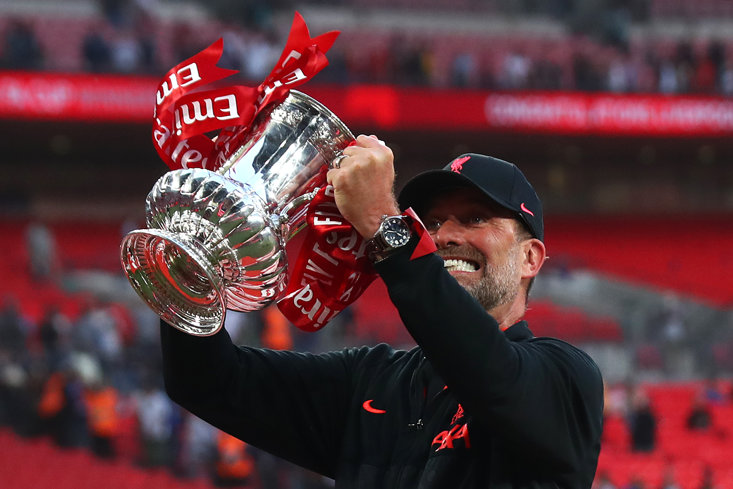 Across medal-laden spells with Liverpool and previously Manchester City, Milner has won almost every trophy available to him in club football. That sort of wisdom does not come cheap, and the player has already played a role in imparting it to the young players in the Anfield dressing room. Curtis Jones, Harvey Elliott and incoming youngster Fabio Carvalho will benefit enormously from having such a successful, but humble, presence working alongside them for another season.

Klopp was keen to stress that he sees Milner as more than just a dressing room influence or quasi-coach. “A lot is often made of James’ leadership skills and his influence in the dressing room,” the former Borussia Dortmund coach said, adding “but nobody should overlook his quality on the pitch, where he continues to perform to a level that meant we simply couldn’t afford to lose him.”

Milner certainly isn’t your typical 36-year-old player. While most of his age and profile are lapping up high-paying semi-retirements in weaker leagues, or battling the effects of ageing in the lower divisions, the ex-Aston Villa man is remarkably consistent. He was a vital asset during a marathon 63-game season that saw The Reds play in every match possible. Milner turned out 39 times, a credit to his durability and continued high-level contributions.

Milner can’t go on forever, but he can go on for now. With Liverpool at risk of losing some of their greatest ever players, having one of their legendary figures stick around is a huge boost. Whether he’s providing a well-timed pick me up to players still smarting from the quadruple failure, passing on his experiences to a younger generation or providing the hard work and consistency on the field that he is known for, Milner is invaluable. It is a testament to the player that he fits as snugly into the new Liverpool as he did into the old one.