Nigeria get their Africa Cup of Nations campaign underway against Egypt later today and although they may not be the bookmakers’ favourites, they have a very strong squad and have the quality to lift this year’s title.

They may have only won the competition on three occasions, last winning it in 2013 when the format was changed so that it would be held on odd-numbered years as to not clash with the FIFA World Cup, but they have always been a competitive force in these tournaments and you cannot write them off from claiming their fourth title. Many are expecting this year’s edition to be unsuccessful for the Super Eagles due to parting with manager Gernot Rohr last month. It was a popular decision with the supporters, but this close to the AFCON, the timing could have been a lot better. Nigeria are now under the guidance of interim boss Augustine Eguavoen and the late change could affect their preparations, but the Super Eagles have plenty of talent among their ranks.

With a few Premier League stars in the squad, such as striker Kelechi Iheanacho, Wilfred Ndidi, Alex Iwobi, Frank Onyeka and William Troost-Ekong, the Super Eagles are blessed to have several key figures coming from the most prestigious and competitive league in the world. Also taking part in Cameroon is Rangers midfielder Joe Aribo, who has been in fine form in Scotland under Giovanni van Bronckhorst and has the ability to make a great impact for the Super Eagles over the next few weeks. He has an abundance of energy and he can drive the ball forward, which is exactly what Eguavoen will need from his side if they are to emerge as the champions of the continent. A lot of eyes will also be focussed on young winger Samuel Chukwueze, who is known for his speed and dribbling abilities, which have been likened to Arjen Robben. Although all eyes will be on Mo Salah in the opener, the youngster could prove to be a huge asset in the coming weeks.

Nigeria captain Ahmed Musa will provide plenty of support for his fellow strikers and young teammates in what he has already confirmed to be his final AFCON and he will be eager to lead his side to continental glory. He is the Super Eagles’ most capped player in history and was part of the team that won the 2013 showpiece in what was his debut tournament.

Speaking to BBC Sport Africa, Musa said: “It’s something that I have really thought about and I feel blessed to say this will be my final Nations Cup with Nigeria.

Soar Super Eagles
@SSE_NGA
We start our #AFCON2021 campaign today with a thrilling encounter with the Pharaohs of Egypt.
COME ON YOU EAGLES! 💚
#TeamNigeria 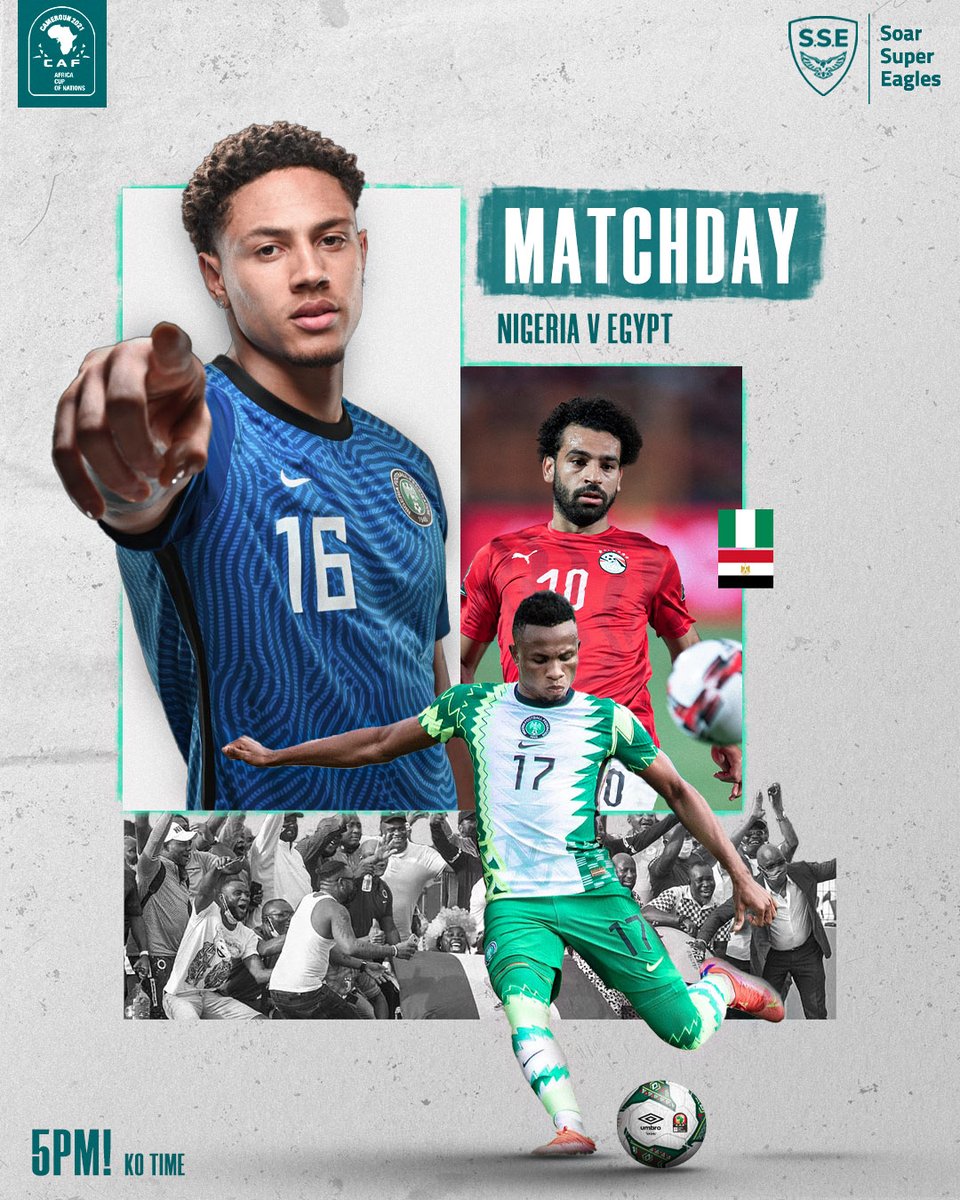 “What is important is to try to give my best and try to win it for my country. The players are fully aware of my plans and we have a squad good enough to win it again. It [the tournament in Cameroon] looks just like my first one in 2013 when no one gave us a chance, but we ended up as champions of Africa.”

His fellow striker Iheanacho will have a heavy burden on his shoulders for contributing goals this tournament as fellow Premier League attacker Emmanuel Dennis and Odion Ighalo have not travelled to Cameroon, leaving the Super Eagles’ attacking options rather thin in terms of experience. After all, this is Iheanacho’s first AFCON, as is for a lot of the players in the squad. But this relative inexperience could either work well in their favour or be a catastrophe. The pedigree of the players available would suggest it would be the former, but it depends on how they handle themselves under pressure. One thing is for certain, though. There is plenty of optimism about this Super Eagles side and they have the ability to go all the way.

Their first test, dealing with the tournament’s most-crowned side Egypt, and arguably the world's greatest player in Salah. 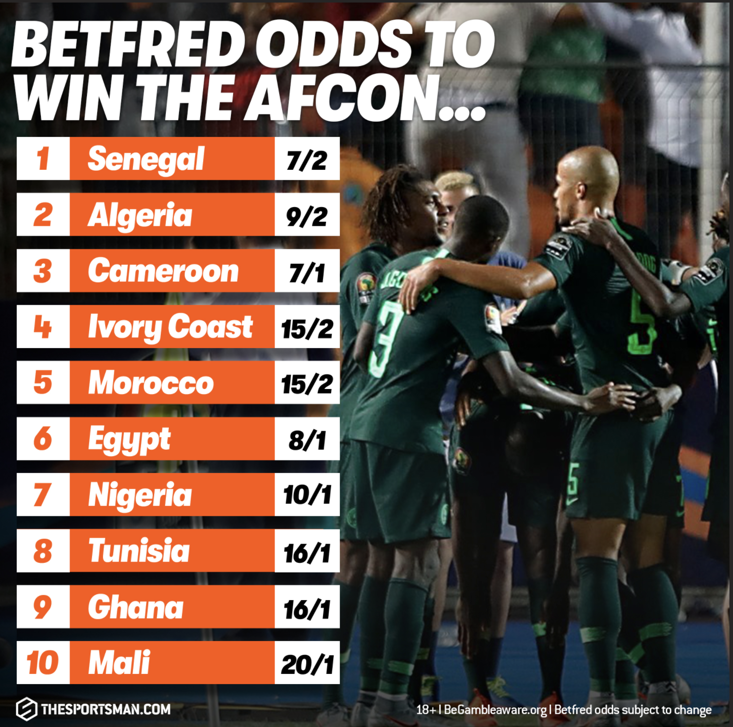