Football
News
There has been a meteoric rise of English talent in the full back positions over recent years
Conor Keane
06:55, 26 Mar 2022

The current conveyor belt producing a stream of top English talent means there is a growing number of individuals knocking on Gareth Southgate’s door for a role in his Three Lions squad. While this is of course excellent news for the fans, it must be causing quite the headache for the England boss.

With this being a World Cup year and following the successes of England’s last two major tournaments, there is a chance for some of the new blood in Southgate’s ranks to stake a claim on a place in the squad that flies to Qatar in November.

One of the areas that remains an enigma in Southgate’s teamsheet is the full-back positions. There has been a meteoric rise of English talent in these positions over recent years and they have become the most competitive spots in the England team. On the right side, Southgate is spoilt for choice.

There is Reece James, Kyle Walker and the currently unavailable Trent Alexander-Arnold who make up the familiar faces, but a new addition has come into the fold in Southampton’s Kyle Walker-Peters. On the left side of defence, Luke Shaw has remained unchallenged but he will soon face a battle to hold onto his place following the call-up of Crystal Palace’s Tyrick Mitchell. 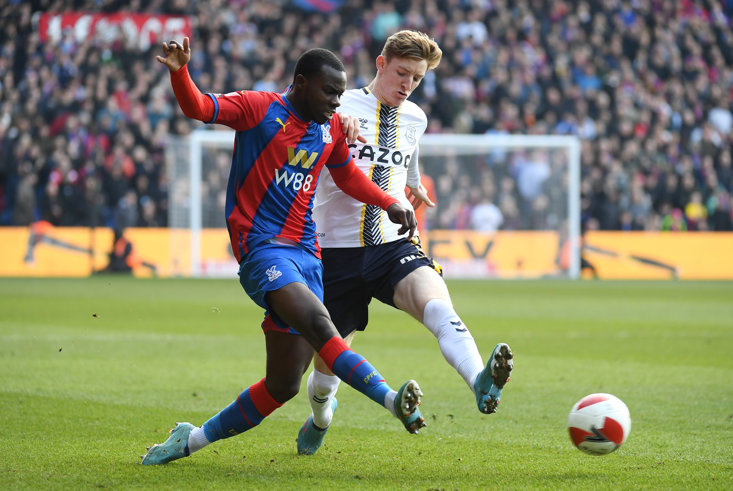 Both Walker-Peters and Mitchell have been enjoying successful Premier League seasons with their respective clubs and have fully merited their selection for the spring international break. For the Saints defender, he is no stranger to the international set-up having represented England from Under-18 to Under-21 level, while being a part of the Under-20 squad that won the World Cup in 2017. As for Mitchell, this is his first international selection and something that will be a treasured moment for him and his family.

In the modern game the full-backs act as the catalysts for attacking while still performing the traditional duties of protecting their goal from the pace and trickery of wingers. Both of Southgate’s new full-back options are prime examples of the way full-backs play in the game today and they possess the attributes that will help the Three Lions defend attacks and start ones of their own.

For 22-year-old Mitchell, he has made 90 tackles in the top-flight for the Eagles and only Brentford’s Christian Norgaard has made more (91). He is also in the top three players for blocked crosses, so his efforts in Patrick Vieira’s team this season have been vital and his surprise addition to the England squad will only give Southgate a further headache when starting to piece together the squad that will formulate England’s best chance of coming away from Qatar as World champions.

With England’s place at the World Cup already confirmed, this international break gives Southgate the chance to experiment with the resources he has available and it is likely we will see both Walker-Peters and Mitchell given the chance to audition for a starring role in England’s Qatar quest. And while Walker-Peters faces significant competition on the right side, Mitchell has a chance to depose Shaw as the Manchester United star has failed to continue his England form with the Red Devils this year.

Provided with a friendly but fierce battle for a starting place, perhaps Mitchell’s arrival will force Shaw to up his game as he knows that his position in the starting lineup isn’t guaranteed. Southgate is hoping that Mitchell’s form can help lift Shaw back to his Euro 2020 self, but if that were to happen, it would only give the manager another selection headache as the World Cup creeps closer.