Football
News
The current crop must not be weighed down by tales of previous tournament heartaches
Conor Keane
06:55, 29 Jun 2021

England’s highly-anticipated round of 16 tie against Germany has certainly stoked a fire in this historic rivalry, even if some of the Three Lions’ youngsters may not have experienced it before.

For many England fans, Germany are the nation’s biggest continental rivals and the official party poopers for major tournaments. Ever since their World Cup final victory in 1966, the Germans have got the better of England in every tournament since then, barring a Euro 2000 group game after which both exited early.

On the last three occasions where the two sides have crossed paths in the knockout stages of a major competition, Die Nationalmannschaft have come out on top in all three. First, on penalties at the semi-finals of the World Cup in 1990, then the semis at Euro ’96, and later when they thumped England 4-1 at the World Cup in 2010 (we are still not over Frank Lampard’s goal that was not given).

For the older and more experienced England supporters, this game is everything, and while there will be a handful of the Three Lions squad members who won’t be too clued up on the games before they were born, they will have seen through the power of social media the gravity that surrounds this rivalry.

A few of the youngsters in the squad will not have been all that old for the famous game in 2010 when England were left humiliated by the Germans, and stalwart figure Thomas Müller still represents them. The veteran Bayern Munich attacker scored a brace in that traumatic game 11 years ago and he may still have a bit more heart-breaking action in him left for England once more.

With a crowd to back them at Wembley, the England squad will hear out on the pitch how much this fixture means to supporters, regardless of the quarter-final place at stake. 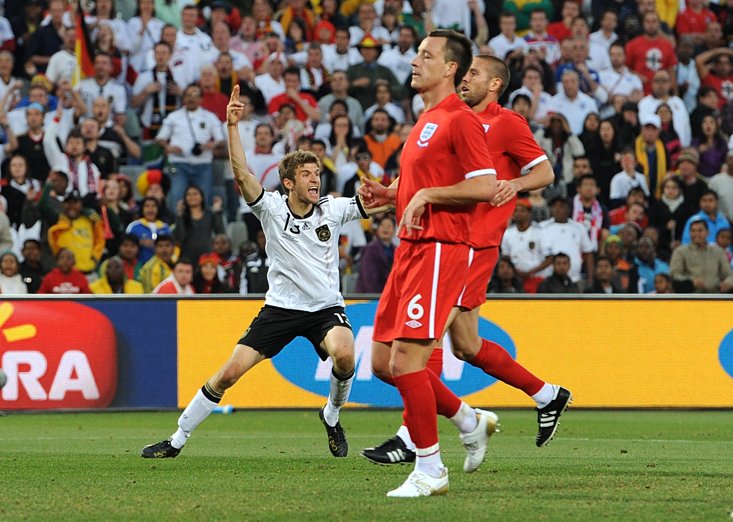 Gareth Southgate, who missed a penalty in the Euro 96 shootout, will know exactly the magnitude of this international fixture and he will want to play his part in making amends for the disappointment 25 years ago. What’s more, he would love for his side to outclass Germany as they chase European glory.

He might need to be a lot braver with this team selection than when set his side up to keep it tight at the back in Group D. They scraped thorough with the only goal against both Croatia and Czech Republic and drew a blank against Scotland, so there is a clear need for greater creativity.

Jack Grealish and Bukayo Saka impressed against the Czech Republic and they were willing to take risks and drive at defenders, something England will need against a Germany team who have shown that their defence can be broken down.

Southgate might have watched die Mannschaft’s Euro 2020 opener against France back and seen a German side struggling against a well-drilled defence, but another tight contest might just leave a window open for Joachim Low’s side. In truth, there is too much quality in the Germany ranks to run that risk, especially since England haven’t looked likely to score multiple goals playing in their current frame of mind.

They simply must take the game to Germany. They are at home in front of a crowd and they have the players to cause some offensive damage. It is time for Southgate to take his foot off the brake and allow his attacking players to play with freedom and they will find a way to unlock the German defence.

If they don’t beat Germany this time, when on earth will they?